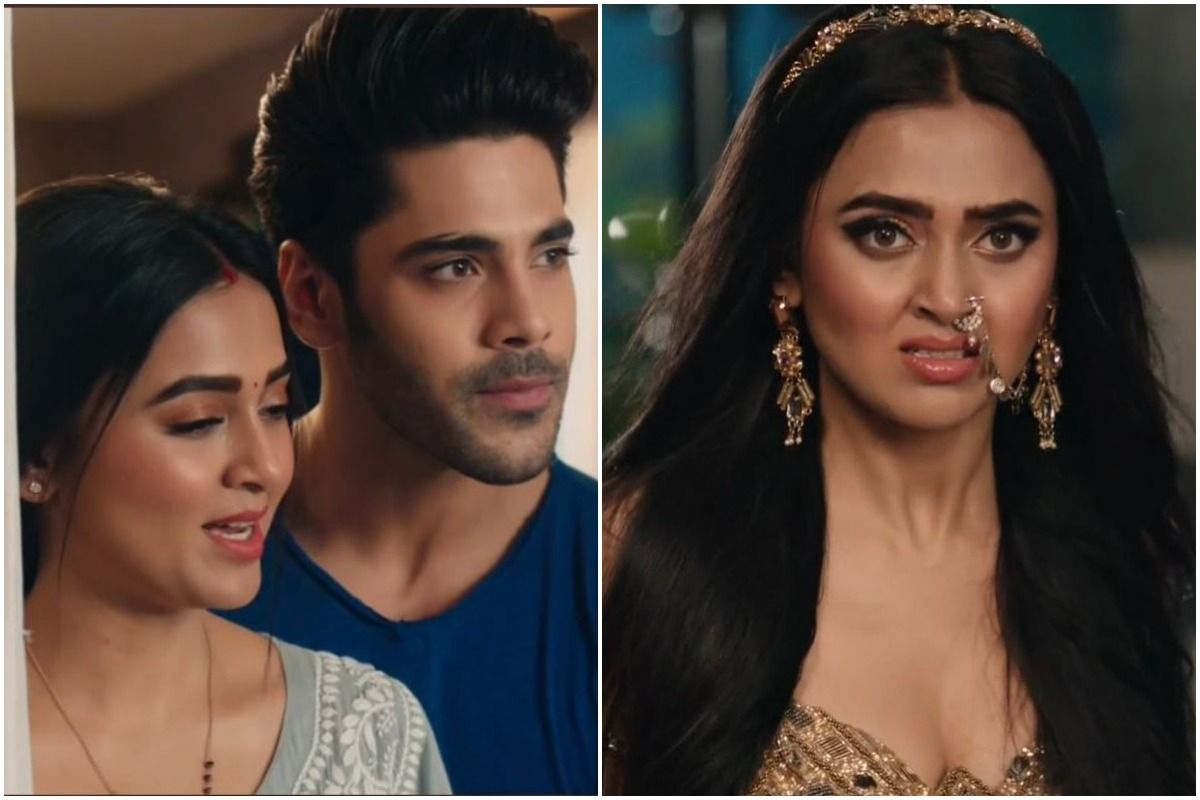 Naagin 6, May 14, Written Episode: Pratha aka Tejasswi Prakash wants to talk to Mehek (Mahekk Chahal) about Rainaksh aka Zeeshan Khan. Suddenly Pratha hears Samaira screaming. When she enters her room Rehan denies and Samaira lies that she slipped in the bathroom. Seema aka Sudha Chandran announces Anya’s roka with Rainaksh will be held on her marriage anniversary with Lalit. Rainaksh says it was love at first sight with Anya

Later Pratha tells Mehek that Rainaksh is Nevla. Mehek reveals to Pratha that Nevla is always ferocious and tears the snakes apart. She tells that once the mongoose was dear to Lord Kuber but became greedy. Pratha learns from her elder sister that Nevla can smell anything from far away and never ages. Mehek recalls that the battle between Nevla and Nag-Naagin has been there since ages. Pratha comes to know that the only way to kill Nevla is to hit it in the eye with an iron. Check out this video of Naagin 6:

Pratha and Mehek try to get back Chanda’s memory. Chanda tells them about Bannu. Meanwhile, Rishabh aka Simba Nagpal brings his father home from hospital. Seema warns Lalit to keep his mouth shut if he wants to see Rishabh alive. Rainaksh gets scared by seeing a mouse trap in his room and panics. He tells Anya to take it away as he’s scared. On the anniversary party Pratha shows a slideshow on the projector to the family. In one of the pictures Lalit is seen holding Chanda’s hand. When Rishabh asks his parents about the same nobody answers. When he asks Chanda she reveals that Lalit is her husband.

Rainaksh manages to manipulate the situation and declares he is taking his mother away. As Pratha tires to stop him he pushes her on the floor. Rishabh gets outraged and punches Rainaksh. The marriage is called off. As Nevla tries to flee with Seema his car is stopped by Mehek who turns into Naagin. Sheshnagin and Mehek battle Nevla, however, the latter overpowers them and takes Chanda away. He tells Chanda to take him to the Amrit Kalash or he will kill her son Rishabh. Chanda pleads him not to harm Rishabh and agrees to take him to the spot where Amrit Kalash was buried.

In the upcoming episode Nevla takes Chanda to forest to get the Amrit Kalash. Sheshnagin hits Rainaksh in the eye with a spear. Bannu appears to the scene with mongooses following him as his identity is not revealed.

For more updates on Naagin 6 check out this space at India.com.