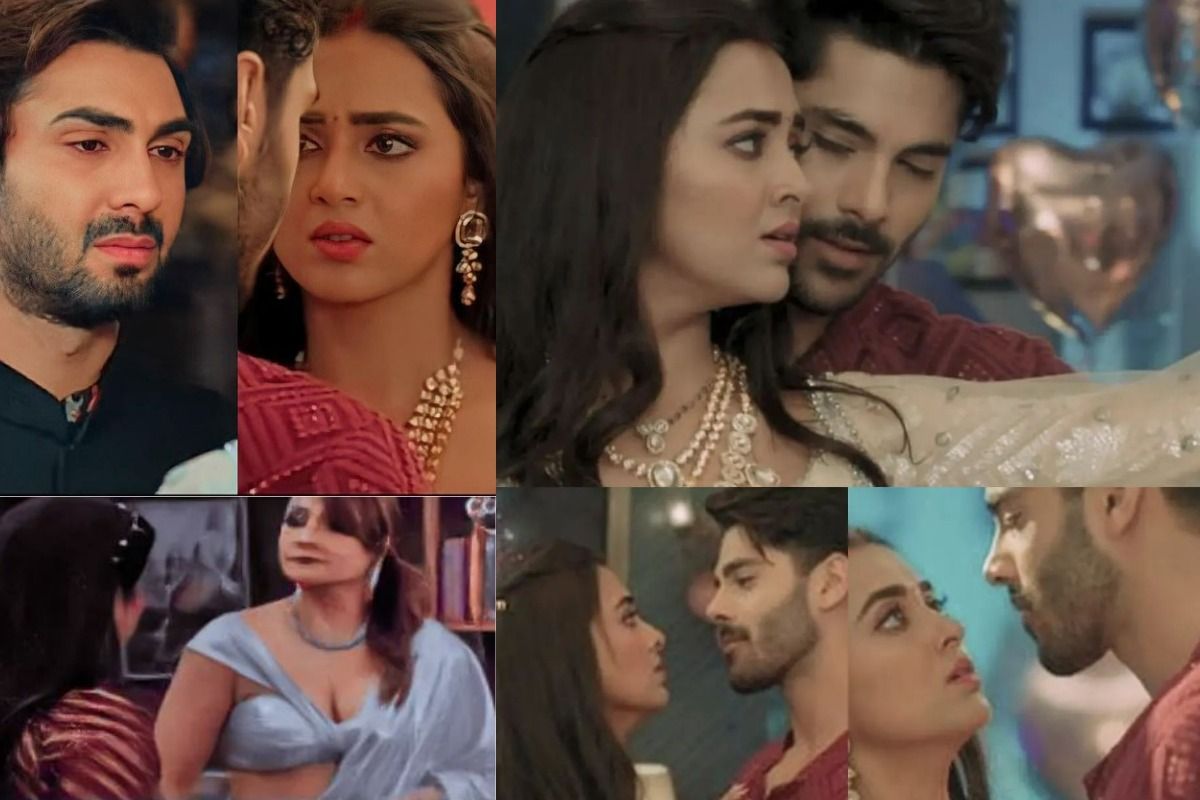 Naagin 6, March 13, Episode 10 Written Update: Mahek and Pratha are scared when Rishabh saves his father Lalit Gujral from the morass. He inquires of his father as to who is to blame for his situation. When Lalit Gujral claims to have seen the perpetrator, Mahekk declares her intention to murder Lalit, but Pratha intervenes. Pratha says that Lord Shiva has blessed us and we must never harm innocent citizens. The two then return to their Gujral home. Soon after they all return, Lalit was taken to the hospital. Pratha enters the room when Lalit Gujral was awakened. Rishabh inquires as to why she seems unconcerned with what is happening to Lalit.Also Read – Is Engagement on Cards For Tejasswi Prakash-Karan Kundrra? Here’s What We Know

Pratha gets nervous when Lalit Gujral begins to regain consciousness as he might reveal her truth. According to Lalit Gujral, the girl who did this to him has the ability to change her appearance. He rises and turns to face Pratha, claiming she has serpentine eyes capable of killing someone. Pratha gets tensed at this. He then goes to Urvashi. The doctor tells Rishabh that he has lost his memory and that is why he is behaving strangely. Also Read – Naagin 6, March 12 2022, Episode 9 Written Update: Pratha Again Tries to Kill Asur Lalit But Rishabh Saves Him

Inspector Vijay is on his way to meet Rishabh. Urvashi inquires where is her husband and further claims that no one cares about him. Rishabh informs Vijay that a lot of things are going wrong. He claims that Reem’s father has gone missing, and I believe he is in serious difficulty. Rishabh recalls that he last saw Reem’s father during the Haldi ceremony, but he then vanished. Didi is listening in on the chat. Pratha prayed to Lord Shiva and tells Didi that she used her sammohan powers to make Lalit forget everything and claims it isn’t going to last. Seema is irritated by Lalit’s use of the term ‘babe’ to describe Urvashi. As soon as, Urvashi is ready to leave the house, Seema stops her. Also Read – Karan Kundra And Parents Visit Tejjaswi’s Home, Fans Ask ‘Roka Hogya?’ After Spotting Tilak on His Forehead

Lord Shiva has chosen Didi as Shresht Naagin for a unique cause, Didi tells Pratha. Didi is asked by Pratha if she got any hints from the room. She claims to have discovered a safe that can only be opened with one’s fingerprints. Pratha claims that the prints are required. Ritesh enters and informs them that the epidemic has spread to the outside world and claims that it is dangerous. He asks Reem to remain in the hotel. Ritesh and Reem plan to get back Pratha and Rishabh back in their lives. Meanwhile, Pratha and Didi make an attempt to obtain the prints. Pratha claims she needs to hide her shed skin from the cupboard to a different location. Urvashi overhears and wonders what she’s trying to hide.

Pratha is shocked to see her room decked with balloons and rose petals by Rishabh. He grabs her from her feet and cradles her in his arms. He notices Pratha is uneasy and inquires as to why she is acting so strangely. He reminds her of their first night together, when they were both drunk. He informs her that if they go near, she would want to be fully awake. Pratha quickly exits, claiming that Seema has called her.

Seema later enters the room with Holi’s clothes for Pratha and Rishabh is confused as to why she is lying. Ritesh clutches Pratha’s hand and keeps it on his chest to confess that he is deeply in love and hurt simultaneously. When Rishabh notices this, he suspects Pratha isn’t as innocent as she appears. Pratha foretells that he will recover quickly from his heartbreak.

Lalit Gujral has the demeanor of a youthful man. Didi transforms into Urvashi before landing in his arms. They have an intimate time as she expresses her distress to Lalit. He took her into the darkroom with him. Didi is tempted to kill him but decides against it. Her eyes transform into those of a serpent. They notice the safe has been opened. Lalit informs everyone that Urvashi was the one who brought him into the room, and she changes her appearance. He claims she took on the form of a snake and attempted to murder. Is his father imagining, Rishabh asks, and what went missing from the room? Pratha, who was hidden behind something, gets to flee the room.

Diya was seen with a man by Pratha. Who is this guy, she wonders? The guy drags her away from her home. The box is opened by Mahekk and Pratha. It only has a musical melody. Meanwhile, a woman is being harassed by two men. Defending the honour of a woman, we see a fiery female officer, Riddhi Sharma (Shikha Singh) who fights those men and puts them in jail. On being interrogated by the cops, Lalit claims there are some unusual powers. Amidst this, Urvashi tells Seema that bad things have been happening ever since Pratha came into the family. Urvashi gets a witty reply from the police officer, Ridhi Sharma when she calls Pratha a cheap girl. The guys get closer to record Diya and as soon as she notices that, she somehow manages to get away from the situation.

Urvashi enters Pratha’s chamber and notices the snakeskin that has been shed. She looks it up on the internet and discovers that it is a snakeskin. She isn’t sure if she murdered an animal and concealed the skin, or if she is an animal herself. Urvashi claims that she will ruin her life in exchange for spoiling her girls’ lives. Pratha enters the room and notices her.

Watch this space for the updates of Naagin 6!