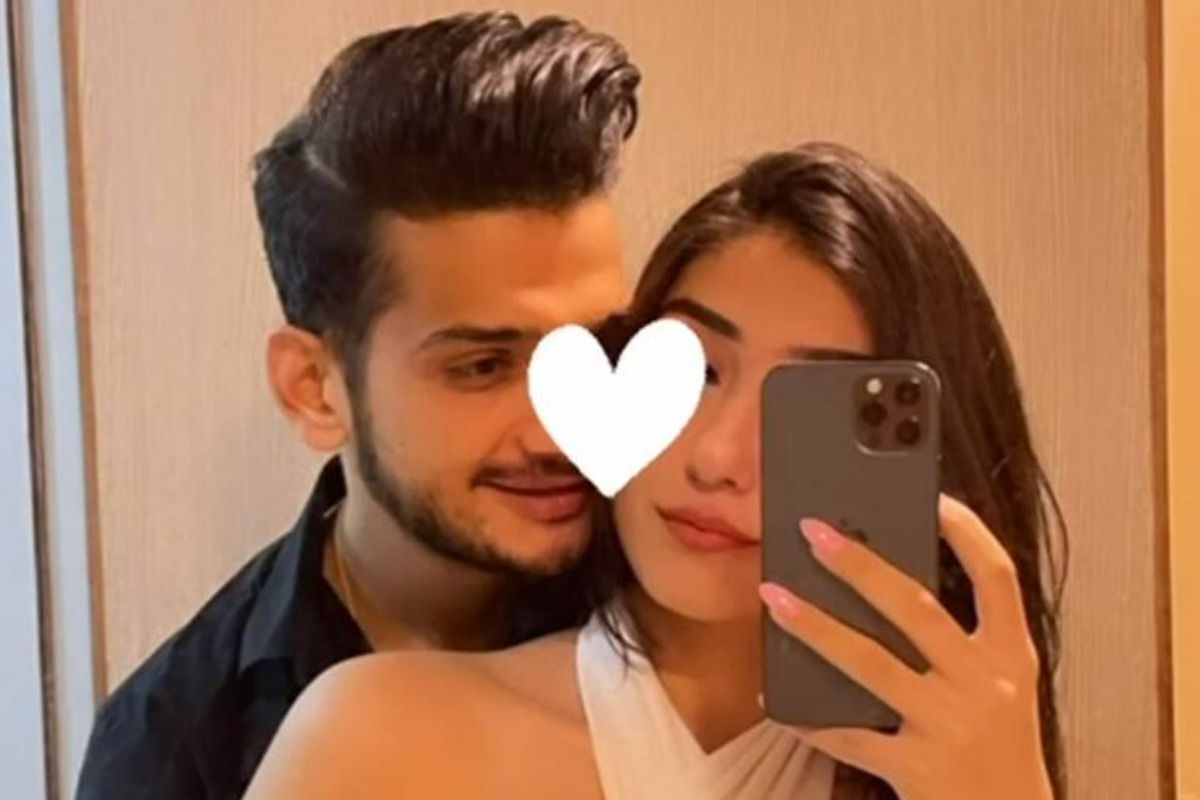 Munawar Faruqui with Mystery Girl: Lock Upp winner Munwar Faruqui has sent Munjali fans into a frenzy with his latest Instagram story. The winner of the reality show shared a photo with an unknown woman on his Instagram Stories the day after the programme ended and he walked away with the winner’s trophy. He used a heart emoticon to hide a portion of her face. The photo was taken last night at the ‘Lock Upp‘ party. Not only that, but the standup comic also included the song Lover by Diljit Dosanjh in the caption. Many of Munawar’s fan pages reported that the girl in the photo was his girlfriend, Nazil. According to reports, the two had been dating prior to Kangana Ranaut’s reality programme. He was close to Anjali, but he had also implied that he had a real-life partner.Also Read – TejRan Secrets Revealed: Karan Calls Tejasswi Good Kisser, Says ‘She Likes to be on Top!’

Munjali, the fan-made term for comedian and his Lock Upp co-contestant Anjali Arora. Munawar may have charmed admirers with his adorable connection with fellow Lock Upp participant Anjali Arora, but he’s spoken about having a girlfriend in real life on several occasions. Fans flooded the comment section of Munawar’s viral picture with the mystery girl. While some supported him saying that he was clear from the start while others slam him for using Anjali to win the game. One of the users said, “Oppo..a to saap nikla Munawar, he used Anjali….so badly.. Emotional player.” Another user wrote,Sorry bro Munawar in this matter we don’t support you .We support Anjali, she is real and so sweet. But that’s your life………..  ” Those who came in his support said, “Bhai pura season bolta raha meri gf hai bahir to sach to bol raha tha.”

Munawar and Anjali had a romantic connection on the show, and when she proclaimed her love for him, it made headlines. “I love you,” she said and asked if he would visit her family in Delhi. Munjali was given to the pair by their fans. Munjali followers had questions concerning Anjali after Munawar’s most recent post.

What do you think about Munawar Faruqui’s mystery girl? Let us know!