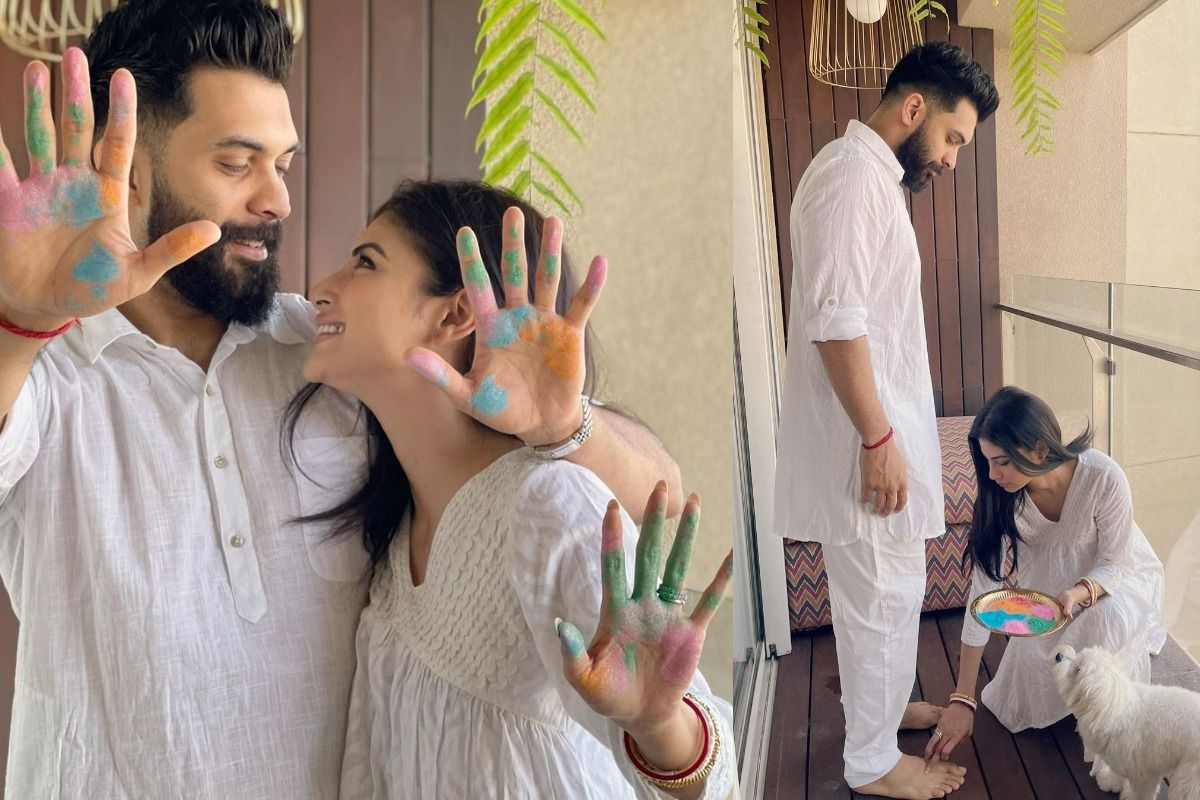 Mumbai: Bollywood stars celebrated the festival of colours with full zeal and enthusiasm, two years after the COVID-19 outbreak. They gave us a sneak peek into their Holi celebration on social media. TV actor Mouni Roy shared her vibrant pictures with her spouse Suraj Nambiar from her first Holi after marriage. The couple can be seen in the photos dressed all in white, posing on their balcony.Also Read – Mouni Roy Celebrates One Month Anniversary With Husband Suraj Nambiar, Performs Aarti At Mata Ki Chowki | See Pics

Mouni and Suraj were dressed in white kurta pyjamas in the photos, and their adorable fuzzy baby completed the picture. The two showed off their colourful gulaal-covered hands. She was even captured placing colour on his cheeks and stroking his feet while holding a dish of colours with her other hand. Sharing the picture on her Instagram, Mouni captioned it, “May your lives always be filled with colours of joy, love & laughter HAPPPPPYYYYYYY HOLIIIIIIIIIIIII #ourfirst (sic). Also Read – Mouni Roy’s Special Valentine’s Day Post Is Not For Her Husband But For…

Fans and friends from the industry flooded the comment section with Holi’s wishes. Actors Mrunal Thakur, Ashkaa Goradia, Karan Tacker, and choreographer Geeta Kapur too dropped in best wishes for the couple.

Mouni and Suraj tied knots in Goa, first in a Malayali ceremony, then in a Bengali ceremony in January. The two shared a glimpse of their wedding festivities on their social media handle and it was nothing short of a fairytale.

We wish the  Mouni and Suraj a very happy Holi!