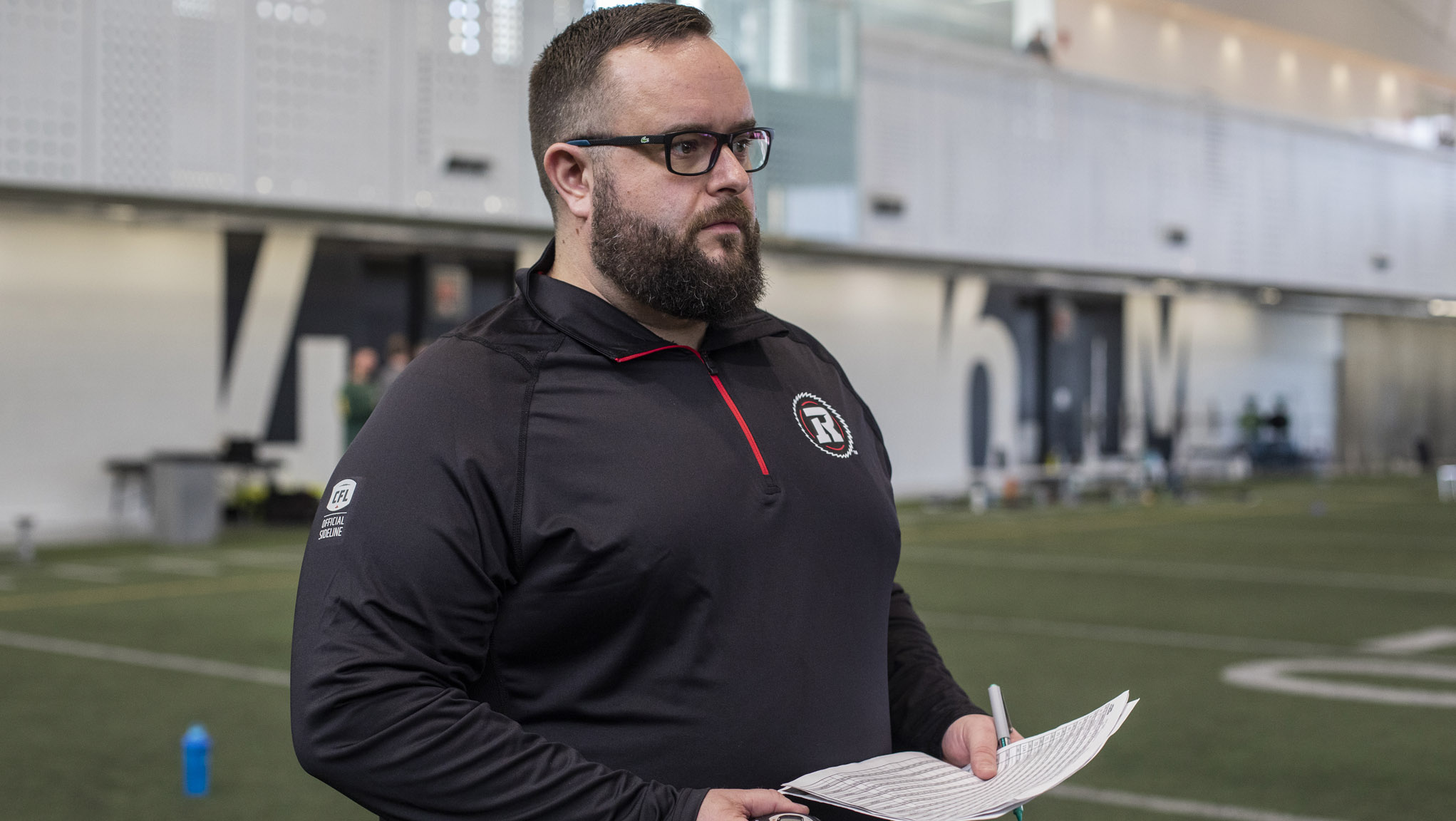 The path to success can be difficult to chart but Chad Hudson believes scouting Canadian players that can be flexible with the talent they bring gives the Ottawa REDBLACKS a road map to follow.

Hudson joined the REDBLACKS in January as the team’s director of Canadian scouting and football analytics. He spent the previous 13 years with the Saskatchewan Roughriders, serving the last four as the club’s manager of football analytics and scouting.

Hudson has been impressed with the importance new Ottawa general manager Shawn Burke has placed on drafting and Canadian scouting.

“When I was in Saskatchewan I wore a lot of hats,” said Hudson. “The draft wasn’t always the No. 1 priority for me.

“In Ottawa, when Shawn hired me, it was about the Canadian draft and focusing not just on the draft but scouting. He put such a high value on it in Hamilton and he’s going to bring that  philosophy over to Ottawa. That’s what I’m doing and it’s really a passion of mine.”


The REDBLACKS were 3-11 in last year’s shortened CFL season after floundering at 3-15 in 2019. General manager Marcel Desjardins was fired in October and replaced by Burke in December.

Burke spent nearly 15 years with the Hamilton Tiger-Cats, most recently serving as senior director of player personnel and co-manager of football operations.

“We were focused on free agency because we knew that was our first and greatest chance to make sure we can field a playoff team,” said Hudson.

Between now and the May 3 CFL draft, Hudson will use the three regional combines and the CFL Combine to find the best Canadian talent to compliment the new signees and improve the REDBLACKS moving into the future.

Instead of drafting Canadians to play specific positions like safety or offensive line, Hudson looks for players able to fill multiple roles.

Having these players means if Ottawa loses an American starter to injury the coaching staff can have a Canadian to step into their spot.

“To be able to start a Canadian at a completely different spot…and not necessarily the next best player at that position, is what I like for flexibility,” said Hudson.

For an example, Hudson points to Adam Auclair, a linebacker Ottawa drafted out of Laval sixth overall in 2020 that played special teams last year.

“Last year they had two starting American linebackers,” said Hudson. “If one of those guys got hurt, he could be the next Canadian on and then we could change something else.”

After 13 years with the Saskatchewan Roughriders, Chad Hudson has joined a revamped Ottawa REDBLACKS front office that heads into its first draft together in May (Amber Bracken/CFL.ca)

Instead of drafting by position, Burke wants Hudson to find the best players.

“I’m going to be able to pick without being exclusive to position or depth on our current roster,” he said. “That is what Shawn tells me I need to do because that’s his philosophy and that’s how I like it.”

Something Hudson loves is watching a Canadian player he helped draft play his way onto the starting roster.

“That’s my favourite thing,” he said.

Besides Hudson, Ottawa also hired Brendan Taman as director of pro personnel. Taman has a long history in the CFL including being the Riders GM when they won the Grey Cup in 2013.

The years of CFL experience shared among the group has resulted in a “real collaborative” atmosphere.

“These guys understand what you need on a roster. They make it easy because you’re not going to go down the rabbit hole or make crazy suggestions,” Hudson said.

“The experience has been great.”

During the free-agent signings there was input from head coach Paul LaPolice and the position coaches about which players would mesh together best. There also was talk about specific needs when it comes to protection for Masoli and special teams.

“It influenced how we did free agency, and as far as we do Canadians going forward, it will affect us,” he said. “We talk about the types of receivers (LaPolice) likes. The type of linebackers, the type of special-teamers.

“I go into the draft and the combines knowing I need this size and athletic ability. We have a very concrete understanding of who our guys want.”

The last couple of years haven’t been easy for the REDBLACKS. Hudson is excited about playing a part in rebuilding the franchise.

“I want to come in and help us all be better,” he said. “We wanted to get a few more guys that can help what we have and try to get into the playoffs.

“It’s been so much fun. I’m excited for the whole thing.”