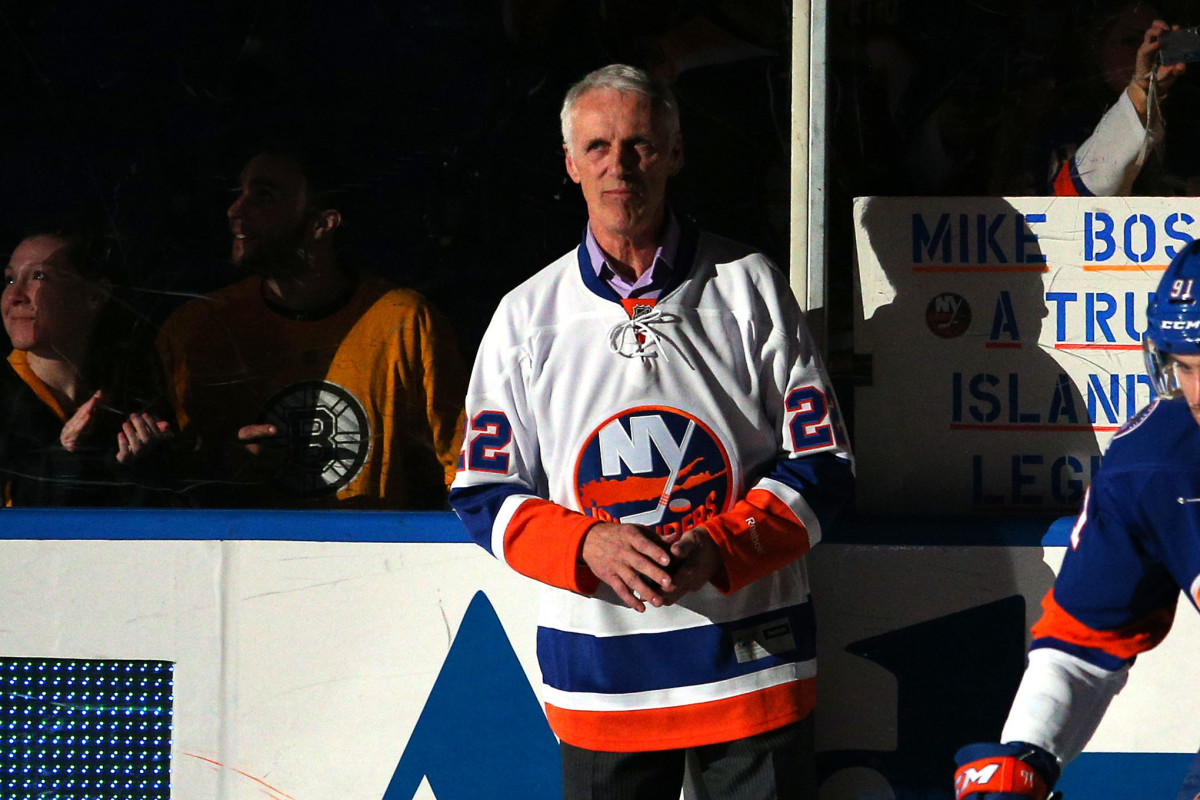 When I was a kid, in the pre-Wayne-Gretzky days, there were two goliaths in the NHL: New York Islanders right winger Mike Bossy, and Montreal Canadiens right winger Guy Lafleur.

Both Lafleur and Bossy were simply above and beyond every other NHL skater back then. Lafleur was at his most dynamic,, his long hair rising with the wind as he motored down the side of the ice and ripped a shot past a goalie that had no chance. Bossy was incredible, too; a total class act – he won three Lady Byng Trophies as the league’s most gentlemanly player – who would set up shop in front of the opposition’s net and pick apart goalies while suffering horrible, abusive cross-checks to his back that directly shortened his marvelous career – and he was instrumental in four Isles Stanley Cup victories.

And now, once more, Bossy and Lafleur are linked again, only for a far more somber reason. The 70-year-old Lafleur has been dealing with lung cancer since 2019, and on Good Friday, the family of the 65-year-old Bossy announced he had died after a long bout with lung cancer. We all send Bossy’s family and Lafleur our best wishes, but we also know time takes away all of us eventually. And we still have a chance to let Lafleur and Bossy’s family know how much we loved watching them perform.

In this writer’s opinion, Lafleur has to be in the conversation for the greatest Canadien of all time. Sure, Maurice “Rocket” Richard, Doug Harvey, Larry Robinson, Jean Beliveau and Ken Dryden also should be in that conversation, but Lafleur remains the Habs’ record holder for regular-season points, with 1,246 points in 961 games. He was the first NHLer to score at least 50 goals and 100 points in six consecutive seasons. He won five Cups, three Art Ross Trophies as the league’s leading point-getter, two Hart Trophies as the NHL’s most valuable player, one Conn Smythe Trophy as MVP of the playoffs, and three Lester B. Pearson Awards (now known as the Ted Lindsay award) as league MVP as voted by the players themselves. By virtually any metric, Lafleur brought more to the table than anyone…other than Bossy.

This is not to suggest Bossy was better than Lafleur; they were natural rivals, basically equals, playing the same position, both showing they could score 60 goals in a regular season, despite being targeted nightly by vicious defenders. Bossy was a phenom even in junior hockey; he was a native Montrealer who dominated the Quebec Major Junior League, setting a career points record of 532 that stands to this day. Incredibly, Bossy was overlooked by 14 teams in the NHL entry draft, and the Islanders were fortunate to take him 15th overall in 1977.

From the moment Bossy got to Long Island, he made it clear he was a beast with such natural hockey ability and vision, he could dance around the opposition and used his soft hands to blast the puck past goalies. In his rookie season, he won the Calder Trophy as the NHL’s top rookie, thanks to a 53-goal, 91-point showing in 73 games that year. In his sophomore campaign, Bossy was a step better, scoring a career-best 69 goals in 79 games. The season after that, he generated a career-best 83 assists and 147 points in 80 games.

More importantly, Bossy was a key component of four Islanders Cup-winning teams. For three straight post-seasons, he scored 17 goals and at least 26 points in 17-19 games. He won the Conn Smythe Trophy in 1982. And, even as his health degenerated because of the constant physical assaults on his person, he managed to score 61 goals and 123 points in his penultimate season. In his injury-shortened final season in 1987, he scored 38 goals and 75 points in 63 games. He finished his NHL career with 1,126 regular-season points – a little less than Lafleur, but Bossy generated that total in only 752 games.

If Bossy had been healthy and played more than just a decade, it’s likely he would be the all-time record holder for goals-scored. Yes, he was that good. He holds numerous Islanders and league records that are unlikely to be broken. And he thrilled Isles fans and hockey fans alike with his creativity and determination.

And now, the end has come for Bossy. Sixty-five years is not all that old. We all wanted a miracle for him, but it didn’t come. Here’s hoping he knew how beloved he is. The same goes for Lafleur. He’s had numerous health problems in the past few years, but he’s still with us, and that’s wonderful.

When you talked about electric players in the late 1970s and early 80s, you always talked about Bossy and Lafleur. Nobody could touch them, until Gretzky arrived and took the sport to a new level. But Gretzky was standing on the shoulders of these two giants, and we all ought to take a moment to pay homage to Lafleur and Bossy for the many joys they’ve brought our way.