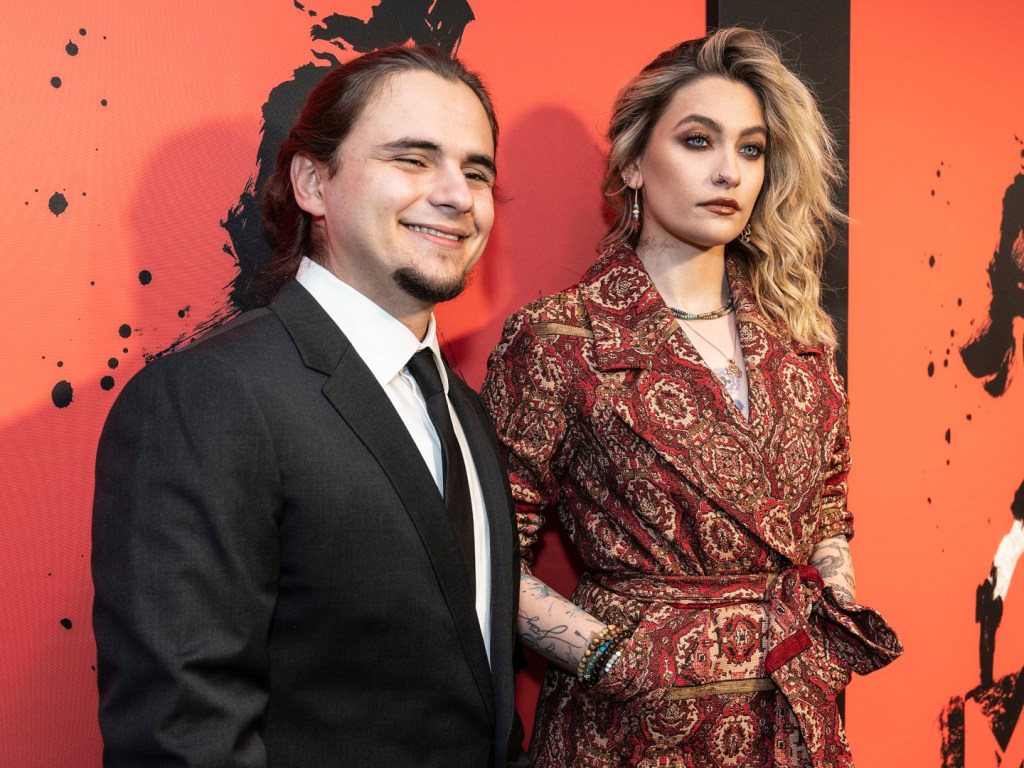 Paris and Prince Jackson continue to show their support for the Broadway show, MJ the Musical, which features the life and music of their late dad, Michael Jackson. The siblings honored the cast and crew on Wednesday night in celebration of the 10 Tony Award nominations the show received.

Dressed in a nude lace gown with a long train, Paris stuck close by her older brother, who was dressed casually in jeans and a black sport coat. (See the photos HERE.) The duo posed on the red carpet with the 24-year-old singer’s left arm draped over Prince’s shoulder. She leaned in to give him a kiss on the cheek as he smiled brightly to the camera. Their notoriously shy younger brother Bigi was nowhere to be seen as he prefers life out of the spotlight.

Paris also shared a behind-the-scenes snapshot with her brother and two other attendees on her Instagram Story. The model used the butterfly filter for her face while her brother escaped the little bug emojis and instead, mugged for the camera. Their bond is unbreakable after losing their dad in 2009 at such tender ages. Paris has often talked about how much her brother means to her because he’s the glue that has held the three siblings together. “He’s everything to me, you know?” she told Good Morning America in 2020. “I’ve always looked up to him and always wanted his approval and everything, and wanted to be more like him.”

With the attention that MJ is getting from the audience and from Tony Awards voters, it wouldn’t surprise us to see the dynamic duo on the red carpet, and possibly presenting at the ceremony on June 12. It’s just another way they honor Michael’s legacy.

Before you go, click here to see photos of Michael Jackson’s kids over the years.