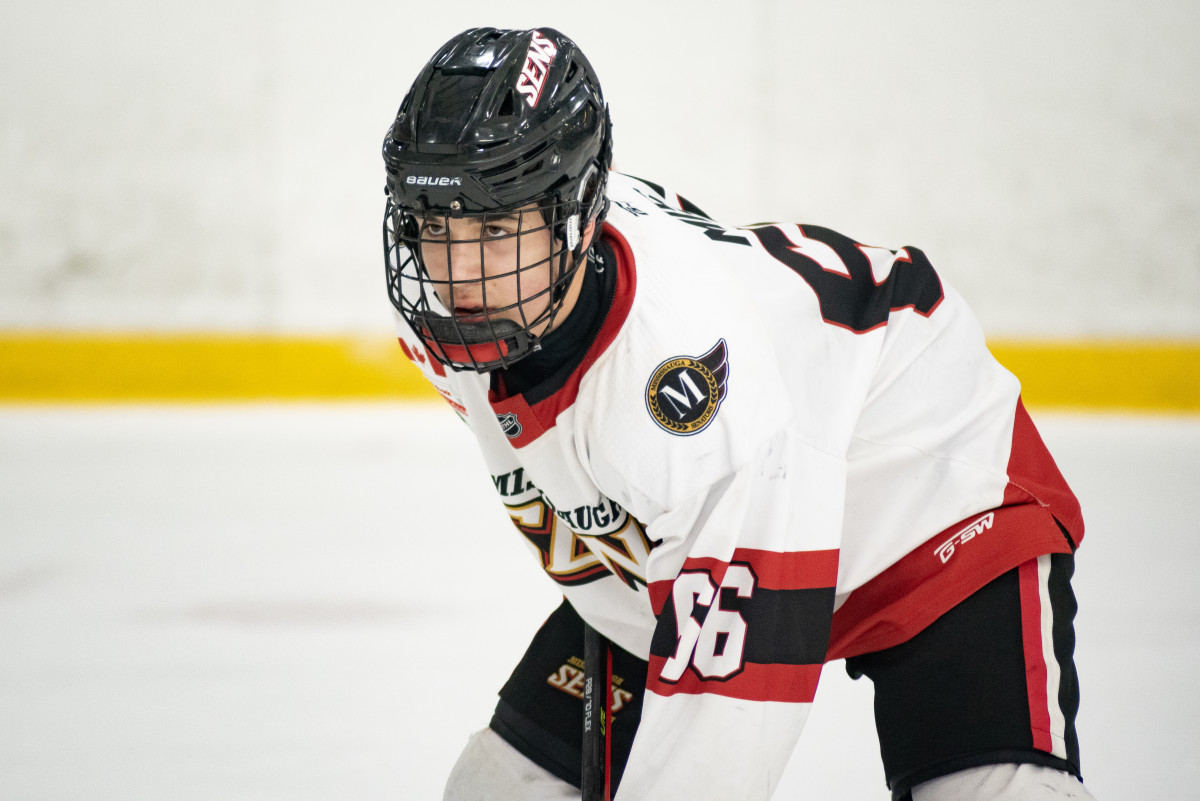 Very few players, at any age, can say they’ve broken a record set by Connor McDavid.

Michael Misa joined elite company by surpassing McDavid’s OHL Cup tournament record of 19 points when he grabbed his 20th in the dying minutes of an eventual 6-2 win for the Mississauga Senators on Monday in the championship game. It was a rematch of so many other great battles between the Senators and Toronto Jr. Canadiens, who actually entered the tournament as the top-ranked team after an early exit for Mississauga in the GTHL playoffs.

Do none of these teams or leagues mean anything to you? That’s fine. The OHL Cup matches the best U-16 talent – in this case, 2006-born kids, for the most part – from Ontario into packed buildings in front of scouts, parents, schools and fans alike. Among the star players to play in this event: Tyler Seguin, Corey Perry, Shane Wright, Cole Perfetti, Tyler Toffoli, Sean Monahan, Boone Jenner, Ryan Strome, Travis Konecny, Sam Bennett and many, many more high-quality talents. If you’re a somebody playing minor hockey in Ontario, you’ve likely taken part in this tournament. Five of the top six scorers from the last tournament in 2019 have already been drafted to the NHL. The top scorer that year? Wright, the top prospect for the 2022 draft. And Adam Fantilli is a top prospect for 2023.

So for Misa to put up the most points ever seen in tournament history? That means something.

Born in Oakville, Ont., Misa is one of three players to have applied for the OHL’s exceptional status, joined by teammate William Moore and London’s Ryan Roobroeck. It’s believed none of three will get it, but Misa is the star among them. If anyone can get it – and after breaking McDavid’s record, it’s going to be hard to say no – Misa will. But Jack Hughes applied for exceptional status after absolutely destroying the GTHL and didn’t get it, so the bar is extremely high.

Imagine having to be the one to tell an offensively gifted player no with the résumé Misa has put together.

“Mikey’s speed is just phenomenal,” said Malcolm Spence, one of the players projected to fight for the first overall spot at the OHL draft. “He’s so deceptive and he knows how to move at full speed and still make plays happen. He’s the best.”

Misa was one of the driving forces of a Senators team that was nearly unstoppable over the team’s run. From minor atom until bantam, the team boasted a 305-33-20 record. In the last year before the pandemic, the Sens had a 56-1-1 record. This season, the Senators were nearly unstoppable during the regular season, but fell flat in the finals of a few tournaments and had an early exit from the playoffs. The Senators entered the OHL Cup as a wild-card entry – win and you’re in. They didn’t qualify for the quarterfinals until the very last game of the round-robin. It was far from an easy road at Scotiabank Pond, but the big guns came out to play.

“Misa’s whole game is about just thriving under pressure,” a scout said. “He’s got the talent to take down just about everyone. The speed, the skill, the tenacity. He’s got the energy of a grinder and the talent of a superstar. He’s a coach’s dream. And he showed how good he can be in just about every tough situation over the past week.”

That’s a bit of an understatement. In the three playoff games, Misa had 11 points, including a hat-trick and two assists in the championship game. He was a faceoff wizard, too, winning 26 of the 40 faceoffs he faced, or 65 percent. He was 10-for-13 in the final.

“A lot of people talk about how talented he is as an offensive player, but I truly believe that he plays a full 200-foot game and he’s a game-breaker, and we’ve seen it in the big games,” the OHL’s Raine Hernandez said. “He was the best player on the ice (in the final) and he really shows up for those big games.”

Being just 15, it’s way too early to speculate just how good Misa will be. Despite breaking McDavid’s record, he’s nowhere near McDavid’s level at the same age. But he’s a star in his own right. When you’re playing against kids ready to make the jump to major junior, and you’re better than almost all of them despite playing a year up, people notice.

“You can’t ignore a kid who can control a play at that speed,” another scout said. “He’s so hard to defend. Playing against other kids your age, or a year up, is one thing. But Misa has the skill that would allow him to transition into the OHL immediately. And it won’t be long until he’s one of the most talked-about kids on the NHL scouting radar, either.”

Misa isn’t eligible for the draft until 2025, so there’s going to be plenty of time to wait. But think about what a couple of years playing against top junior-aged talent will bring him, whether or not that’s next season or the year after.

“Getting exceptional status is tough,” a scout said. “But Hockey Canada is going to have a tough time explaining why he didn’t get it if they deny him.”

Once the OHL Cup concludes each year, it marks an end of an era. Most of these kids play together from an early age. That includes Misa and the Senators, who always played a year ahead. Misa even played with a couple of his teammates in roller hockey, too, so it was a tight-knit group that stayed together through it all. Winning the OHL Cup means so much to these kids because it’s the last time many of the players will play together after over a decade of being attached at the hip. For some, it’s the biggest moment of their careers.

Most of the team will get drafted in short order, and we’ll know Misa’s status before too long. But he’s just getting started, and the future is so bright for the young man.