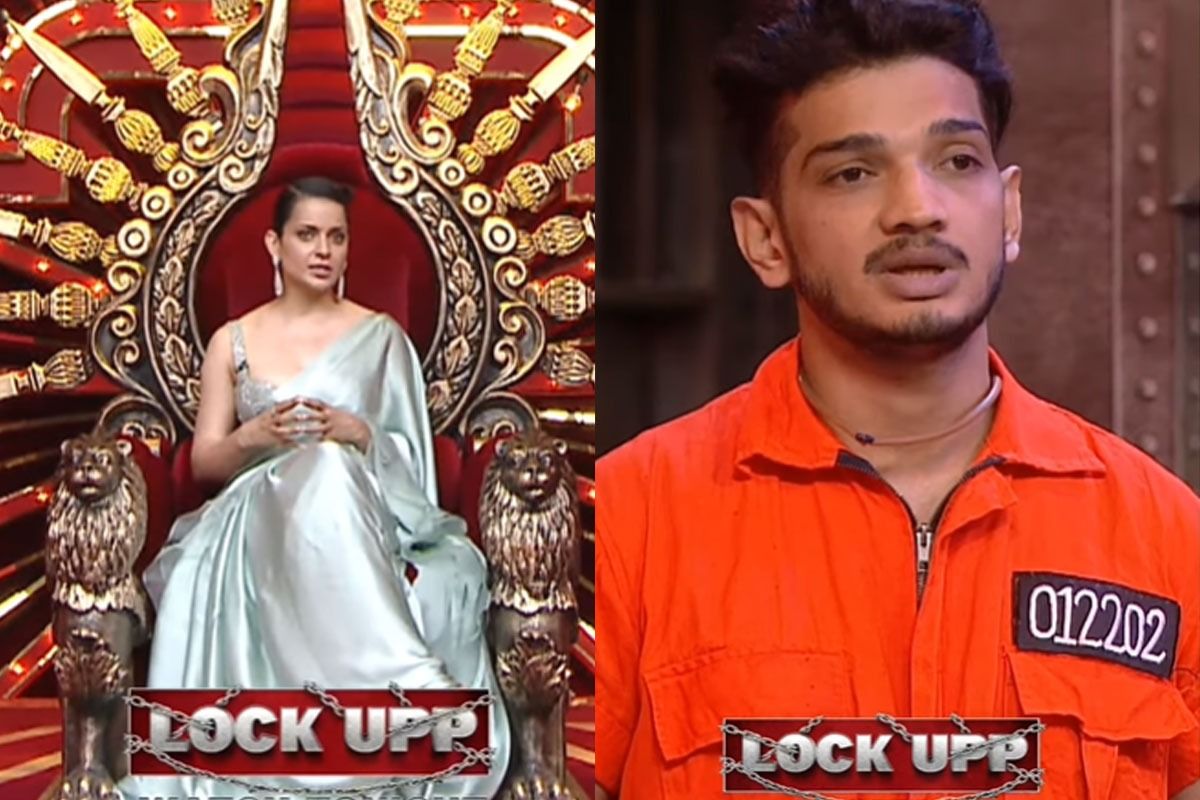 Lock Upp: Munawar Faruqui Reveals Traumatic Secret: Comedian Munawar Faruqui has been among the most controversial contestants in Lock Upp. The standup comedian recently opened up about a dark chapter from his childhood in the show hosted by actor Kangana Ranaut. As part of the show, unsafe contestants are given a choice to reveal their secret in order to save themselves from elimination. Munawar shared a traumatic incident from his childhood that left all jail inmates including host Kangana in tears. Check out this video clip from the show as Munawar narrates the nightmarish experience:Also Read – Kangana Ranaut Trends Big, Breaks Record With 147.8M Likes, 6M Views on Judgement Day

Kangana had asked the four inmates – Munawar, Saisha Shinde, Anjali Arora and Azma Falla to go to Benaqab Zone and press the buzzer after being shown words on a screen. In the viral clip the host asked Munawar to reveal his secret. Recalling his traumatic childhood incident Munawar said, “Maine yeh cheeze kabhi kisise share nahi kari kyuki (I’ve never shared it with anyone because) I have to face them. I was a 6-year-old.. yeh aesa tha ki (it was such that)..bohut close family hoti hai aur kabhi kabhi (there’s close family and sometimes)…” Munawar confessed that he didn’t understand it then as it continued for four-five years, till the situation became extreme in the fourth year. Also Read – Uncharted To 365 Days: Upcoming Movies That Are All Set To Release On OTT This April – Check List

Saisha broke down while Prince Narula held his head listening to Munawar’s horrific revelation. As the standup comedian got emotional, Saisha and Prince consoled him. All contestants including host Kangana got teary eyed.

In an earlier episode Munawar made an equally painful and emotional confession. He had said, “It was the January of 2007 when my grandmom woke me up around 7 am, saying something had happened to my mother and she was in the hospital. My mom was screaming when I saw her in the hospital as she was being brought out of the emergency ward. She had her hand on her stomach and I held her hands. After she was shifted to the civil hospital, my grandmom took me aside and told me that my mother drank acid.”

MX Player and ALTBalaji live-stream Lock Upp 24×7 on their respective platforms and allow audiences to interact directly with the contestants. Watch this space for more updates on the show.