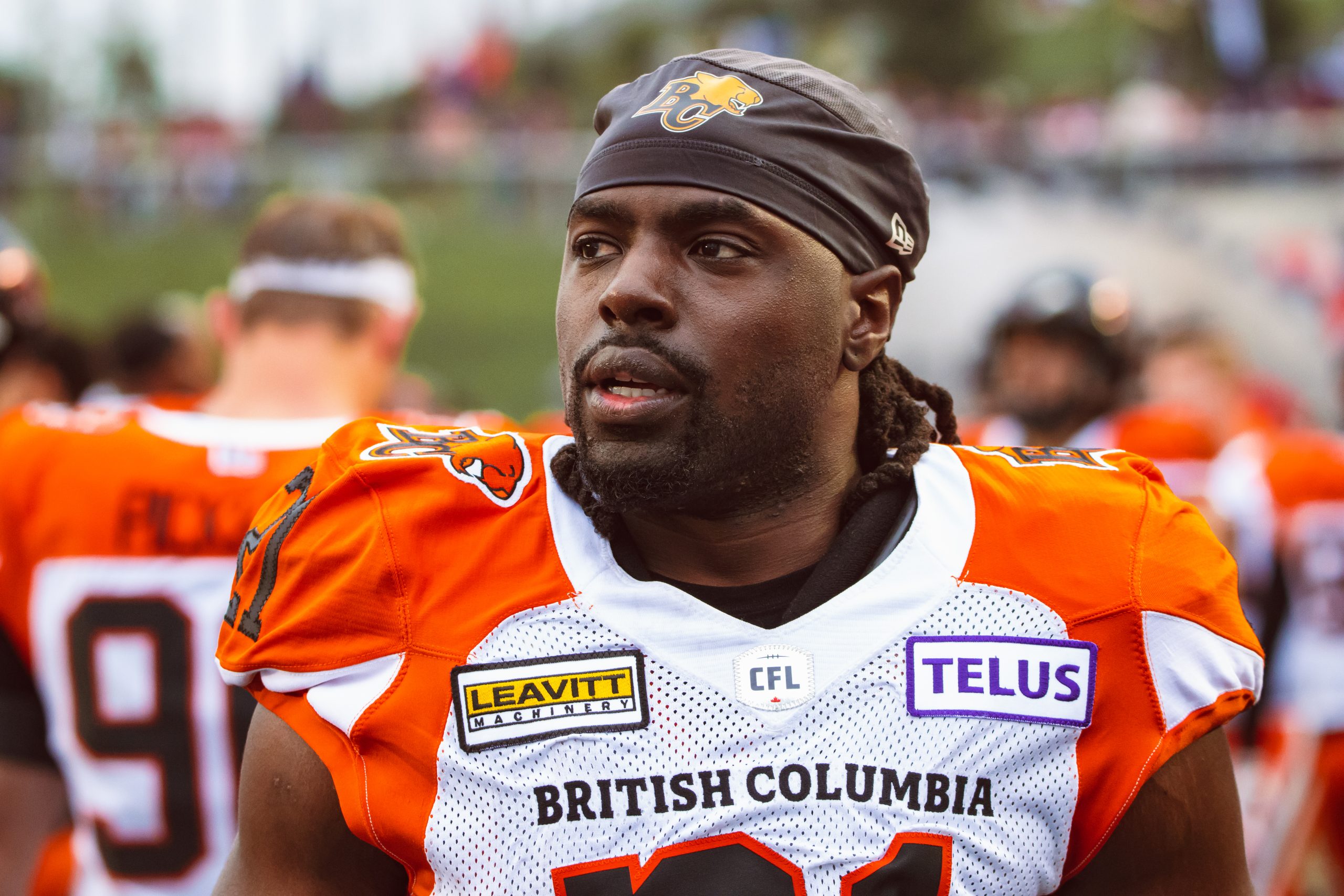 While the Lions are on a hot streak so far this season, this is the week to show up against the back-to-back defending champs, the Winnipeg Blue Bombers.

Second-year linebacker Jordan Williams stated that the defence will do whatever it takes to ensure quarterback Nathan Rourke can lead the offence, with the pivot currently leading the CFL with nine touchdowns and sitting fifth with 180 rushing yards.

“We expect the defence to do good this week to help the young quarterback. Our preparations are still the same and do our best every week in and out,” Williams said.

The Lions went into the nation’s capital last Thursday on a short turnaround week and came out on top with a 34-31 victory. Although the Lions remain undefeated, Williams said the team played inconsistently overzealous and low throughout the game.

“We had some good plays, and we also had some plays where we played to our opponents’ level. We need to be more even keel this week so we could show on the scoreboard,” he added.

“We still got the W but there were some trials and tribulations that didn’t.”

Williams, the first-overall pick of the 2020 CFL Draft, aims to build on an impressive rookie campaign. He racked up 92 defensive tackles in 2021, second in the league behind Darnell Sankey and took home CFL’s Most Outstanding Rookie award.

Although the 27-year-old hasn’t been in the league for that long, he’s learned a valuable lesson with the Lions during the ups and downs last season.

“It’s a marathon, not a race. It’s a long season, so just because you start strong doesn’t mean you’ll finish strong. You got to keep the same intent week and week out,” Williams said.

Ever since they started working together as a group, they’ve been on top of their game.

“Myself, Loucheiz [Purifoy], he’s at SAM so he’s a part of the linebacker group and Bo, we’re going to make good things happen in 2022.”

Before bonding with his teammate Bo Lokombo, Williams already knew about Lokombo’s high-profile resume from college at Oregon and being a notable player in the CFL. But it turns out they were the dynamic duo the Lions have been trying to build.

“My first impression of Bo was like, this is that Oregon guy people are talking about with the big hits. He lived up to it. He was getting big hits, he was getting interceptions and he’s the big play Bo, that’s what we call him,” Williams said.

“He’s a cool dude. You would think he’s mean because he hits hard and does all this stuff on the field. He’s a nice person off the field.”

Williams and Lokombo grew closer throughout the 2021 season, they’re back at it again in 2022 directing traffic on the defence, while running from sidelines to sidelines to make plays.

“We hang out with each other outside of football, so I know what he does, and he knows what I do. He’s usually with his family and kids. On the field, we play off each other, we know what each other is going to do,” Williams said.

Although Lokombo collided with teammate Delvin Breaux Sr. during the Week three matchup against the Argonauts, the veteran was able to practice and suited up against the REDBLACKS last Thursday. Lokombo finished the game with eight total tackles and currently leads the Lions with 18 tackles heading into week five.

When Williams saw his fellow linebacker go down, he was holding his breath hoping Lokombo’s injury wasn’t too serious.

“Football is a crazy sport. You got to play every down like it’s your last down. Burnham said that to us before our game in the meeting. And it just happened as he went down, Bo went down, it makes you not take this game for granted and go harder out there,” Williams recalled.

While Bryan Burnham is making progress from his injury, Lokombo, Williams and the linebackers are fully ready to take on the Blue Bombers in all phases.

The group includes several Canadian linebackers including Isaiah Guzlak-Messam, with five tackles on special teams so far this season, as well as Ben Hladik and Kevin Francis adding depth to the Lions’ defence.

And American linebacker Josh Woods, who’s been playing a bigger role since he joined the team last October. The team also added Omar Fortt last week, who has been taking reps with the team at practice.

Williams said in order to come out on top against Winnipeg, the defence needs to tackle with intent and avoid unnecessary penalties.

“We need to tidy up on the details, whether it’s on special teams, whether it’s tackling. Tackling is all about intent, you got to want to get the guy on the ground and not get any pass interferences that give them any cheap yards,” Williams added.

Although it’s still a long way from November, the Lions are eager to go head-to-head and measure themselves with the 4-0 Blue Bombers.

“It’s a big game this week to establish who’s number one. It’s a great time for our team and our defence to show we’re the best defence in the league,” Williams said.