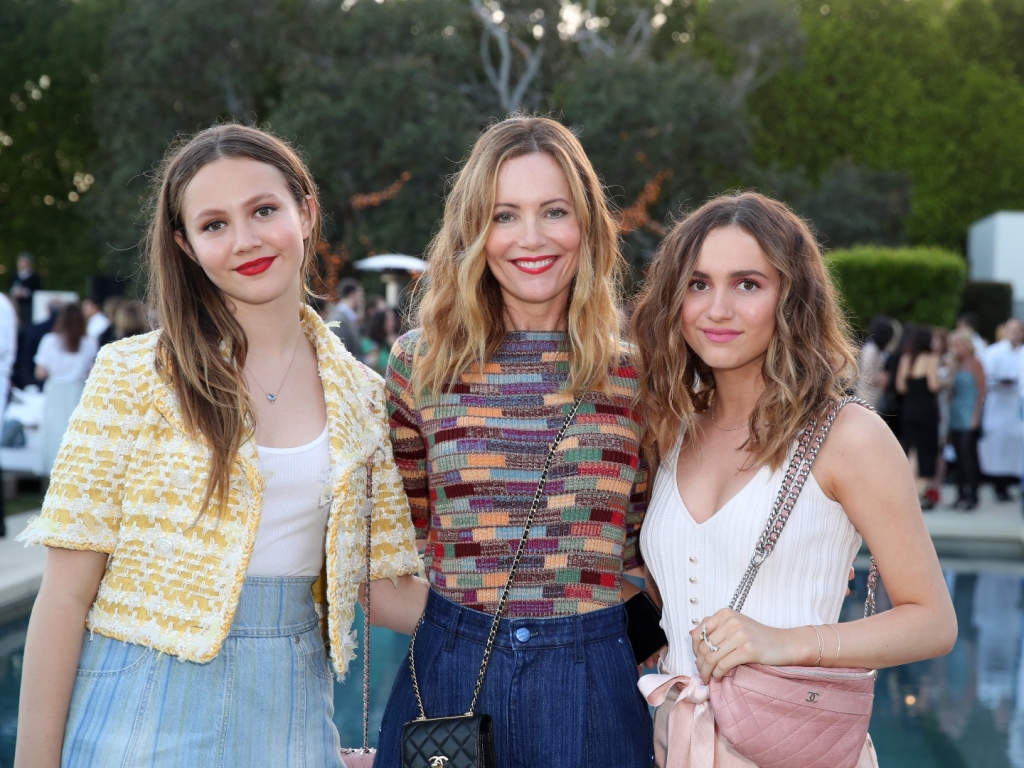 Leslie Mann and Judd Apatow were already one of the most notable couples in Hollywood. But now that their daughters Maude and Iris are making their names in the acting world, the Mann-Apatow family is quickly becoming a huge force to be reckoned with. Mann recently posted a photo of her and her daughters on her Instagram, proving that not only are they all talented, but they’re also absolutely fabulous.

On May 13, Mann posted a super-rare snapshot of her and her beautiful daughters at the latest Louis Vuitton event. She posted the photos with the simple caption, “Thank you so much for having us @louisvuitton ❤️ 👑@nicolasghesquiere 👑.”

You can see the photos HERE.

In the first photo, we see Mann and her daughters looking stunning in head-to-toe designer outfits, followed by a selfie of the trio with Emma Roberts and Chloe Grace Moretz.

Mann and her husband of nearly 25 years Judd Apatow met while she was auditioning for The Cable Guy, falling for one another almost immediately. They share two daughters together: Maude, 24, and Iris, 19. It seems like being a star actor runs in the family because Maude is one of the stars of the hit series Euphoria and Iris has worked on the TV show Love for the past few years.

Fashionable and daring, talented and fiery; these words describe the powerful Hollywood family. The daughters have already been making names for themselves and we can’t wait to see what the young actors do in the future.

Back in March 2022, Mann talked about her superstar offspring on The Tonight Show. She said, “They’re good girls. I don’t know if you feel like this but as a parent, when you’re given these two little babies you don’t want to like ruin them with bad parenting. So it’s a lot of pressure on us parents and, looking at them now, I feel like, ‘Okay, maybe I didn’t ruin them. Maybe they’re okay.’”