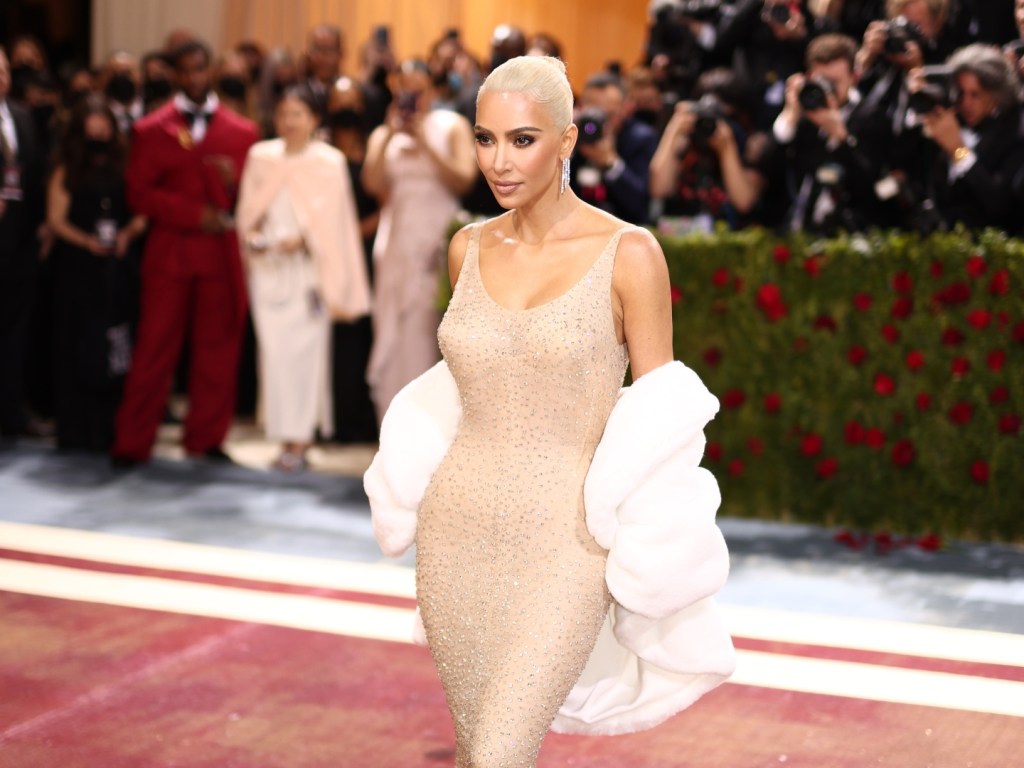 Kim Kardashian has done it again, making headlines for something completely unprecedented. Less than a week ago, she made headlines for the controversial decision to wear one of Marilyn Monroe’s dresses to the 2022 Met Gala. Then she announced on her Instagram that the beaded dress wasn’t the only one of Monroe’s dresses that she wore that star-studded night.

On May 6, Kardashian revealed the bombshell that she wore another one of Monroe’s gowns to a Met Gala after-party on her Instagram. She posted the photos and news with the caption reading, “To top off my night after The Met, I had the honor of changing into Marilyn Monroe’s Norman Norell dress that she wore to the Golden Globes in 1962 — where she received the Henrietta Award For World Film Favorite. In my quest to find the Jean Louis hand-beaded dress that I wore to the gala, I discovered @heritageauctions owned Marilyn’s iconic green sequined gown. Further into my research, I found out that the owner of the Golden Globe that she received that evening was none other than my friend @jeffleatham. I saw this all as a sign the way that all the stars aligned.”

She added, “It will forever be one of the greatest privileges of my life to be able to channel my inner Marilyn in this way, on such a special night. Thank you Heritage Auctions, Barbara Zweig, and Jeff for helping to make this memory possible.”

You can see the photos HERE.

As Kardashian said, we see she wore the green Norman Norell dress Monroe rocked back at the 1962 Golden Globes. The Kardashians star made headlines for wearing Monroe’s beaded gown, and everyone is just as shocked (maybe more so) that she wore yet another one of Monroe’s gowns.

People have been split on Kardashian’s original Met Gala gown, and it seems people are just as conflicted on news of the second gown. Many fans commented things like “But why” and “This is kinda weird,” while others applauded her saying things like “Obsessed. ✨” and “Iconic 😍😍.”

For those that aren’t aware, back on May 2, for the Met Gala themed “Gilded Glamour,” Kardashian arrived in the exact dress Monroe wore in 1962 when she sang “Happy Birthday” to John F. Kennedy.

Before you go, click here to see more of the best dressed looks at the 2022 Met Gala.