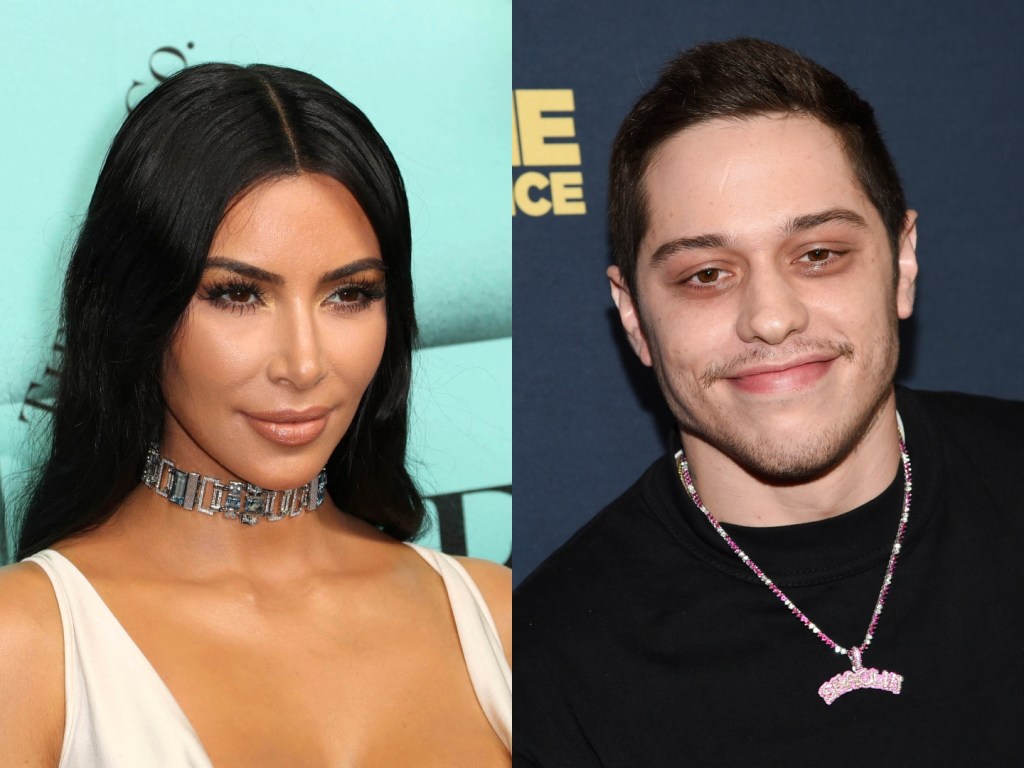 After months of maintaining a relatively low-profile, Kim Kardashian and Pete Davidson finally went Instagram official. The twosome, who’ve reportedly been dating since the end of October following Kardashian’s stint hosting Saturday Night Live, posed for a few snapshots Kardashian just casually dropped on the ‘Gram. And from what we can tell from these few photos, Kardashian and Davidson appear to have gotten pretty cozy and comfortable with one another.

Kardashian’s carousel post featured the SKIMS mogul decked out in sparkling fringe jacket, with thigh-high metallic heals, and a pair of sleek shades. Suffice it to say, it looked like the pair was getting ready for an event (date night maybe?), and snapped a few photos before heading out. The second snapshot in the post gave us our first glimpse of the couple.

In the photo, Davidson is laying on the floor with the back of his head cradled in Kardashian’s lap. Kardashian looks down at the SNL star and appears to make a kissing face. Following another candid snapshot of Kardashian, she shared a black-and-white selfie with Davidson, which you can see below. You can also see all the photos from Kardashian’s Instagram post HERE, including her reference to the movie The Town.

Despite the fact that this isn’t the first time the couple has made an appearance together on the ‘Gram (remember that photo for Davidson’s birthday posted by Flavor Flav?), the snapshots were basically their official introduction to social media as a couple. After nearly six months together, it seems like the two are getting a lot more comfortable in their romance, and distilling certain details to the public. From what we can tell, these two seem fairly playful together, at least based on these snapshots. Now that they’re Instagram official, we can’t help but wonder what arbitrary celebrity couple milestone Kardashian and Davidson will hit next. (We’ll put our vote down for red carpet appearance, please!)