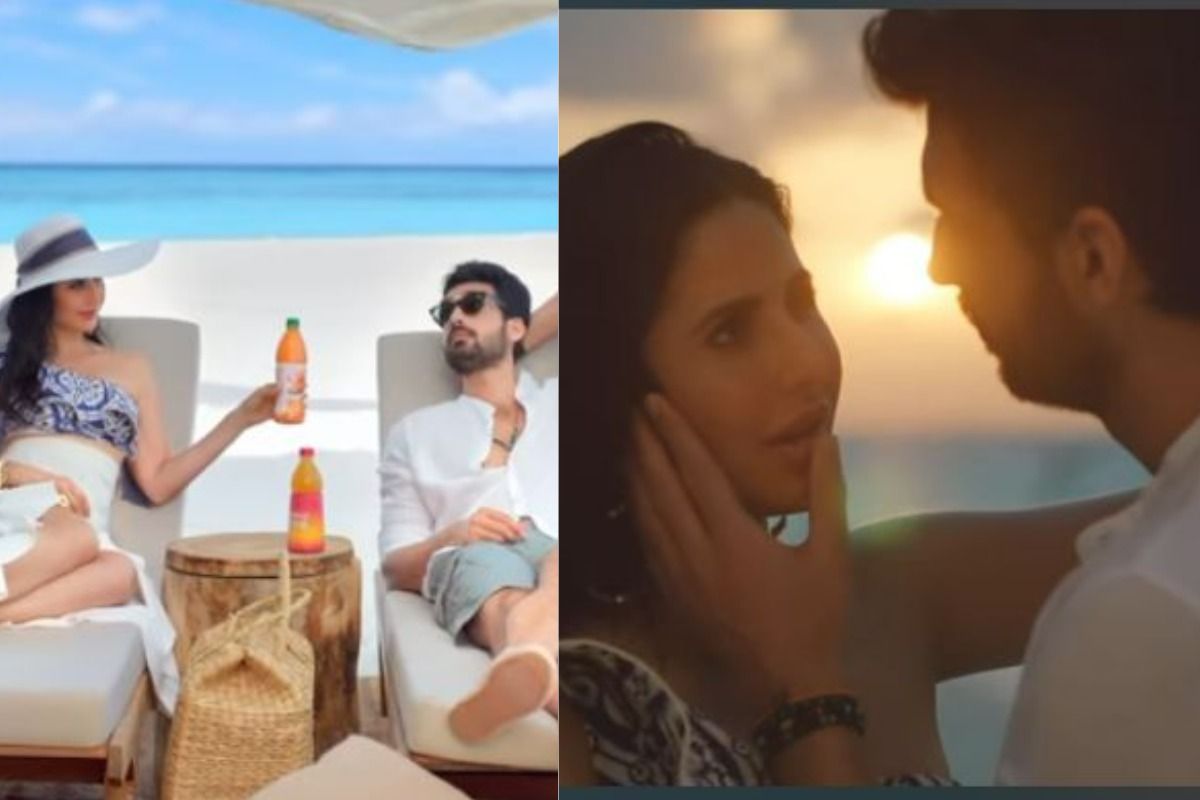 Mumbai: Actor Katrina Kaif shared a video with actor Dhairya Karwa on her Instagram account. The Ek Tha Tiger fame is shown blindfolding Karwa and then asking him to pick his favourite mango drink based on its aroma in the video. It’s no surprise that Kat has been associated with the beverage brand for a long time. For years, she has been the face of the beverage.Also Read – Vicky Kaushal’s World in a Frame: Wife Katrina Kaif And Mother Veena Kaushal in an Adorable Women’s Day Picture

Dhairya Karwa made his Bollywood debut in the 2019 film Uri: The Surgical Strike, which starred Vicky Kaushal as the lead. He later starred alongside Ranveer Singh and Deepika Padukone in the film 83. He was most recently seen in Shakun Batra’s film Gehraiyaan alongside Deepika, Ananya Panday, and Siddhant Chaturvedi.

Katrina Kaif who will be seen alongside Salman Khan in Tiger 3, married Vicky Kaushal in a private ceremony in December last year. The two tied knots in an intimate yet spectacular wedding in Rajasthan. The couple treated their fans with their wedding pictures and they were no less than a dream.