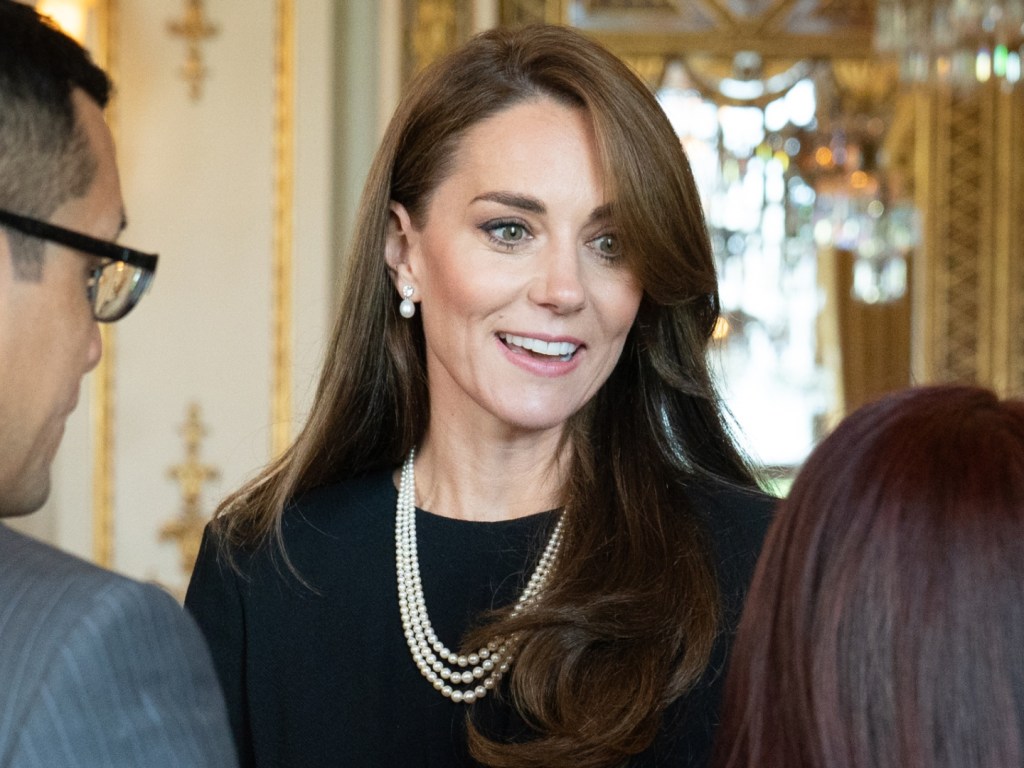 Kate Middleton is honoring the late Queen in with her unique and loving style choices. For the lunch reception on Sept 17 at Buckingham Palace, Kate, Prince William, King Charles, and Queen Camilla gathered for the governors-general of the Commonwealth nations. While the Royal family has continued to wear black to show their mourning for the passing of Queen Elizabeth II, that isn’t stopping many royal family members from paying homage in their own way.

Along with Meghan Markle wearing the diamond and pearl drop earrings that the Queen gifted her, Kate wore something very dear to the late Queen. Oftentimes, people saw the Queen in a public outing rocking her three-tiered pearl necklace. Kate decided to honor the Queen by paying homage to her and her style by wearing the necklace for the occasion. According to former assistant private secretary Sam Cohen, the late Queen “wore the same pearl necklace every day,” per Town & Country.

Along with the necklace, Kate also wore the Queen’s earrings, something she’s done a few times, along with a brooch the Queen loved — all of which to be seen as loving tributes.

Queen Elizabeth II was a global icon for 70 years. Since ascending to the throne at the age of 25, the long-reigning sovereign has approached her historic role with poise and quiet confidence. But behind the veneer of monarchy, Queen Elizabeth was the leader of a family and household through good times and bad. Robert Hardman’s new biography, Queen of Our Times, takes longtime royal fans behind the veil with unprecedented access to royal records, friends, staff, and more, as the legendary leader and the House of Windsor celebrates her landmark reign. This will surely be known as the definitive book on Queen Elizabeth II. Pre-order before its release in early 2023.

Queen of Our Times by Robert Hardman


Pre-Order ‘Queen of Our Times’ by Robert Hardman