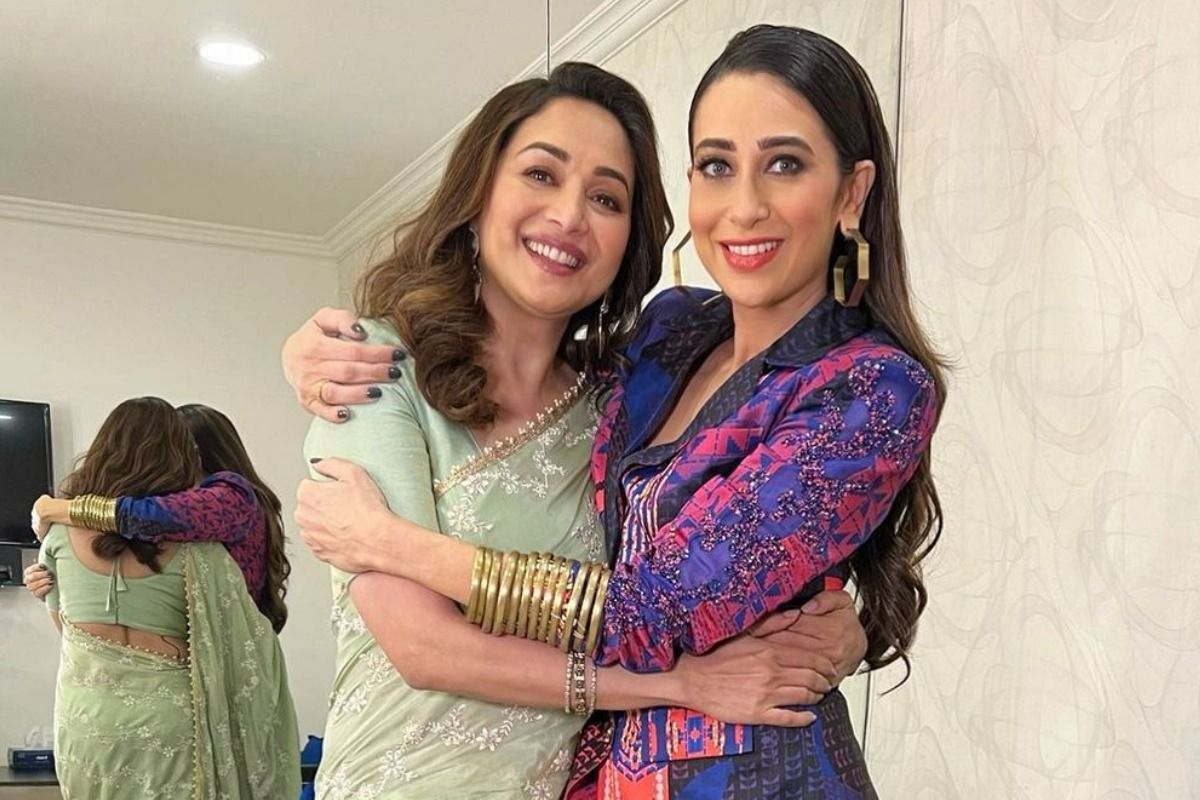 Mumbai: Actors Shah Rukh Khan, Madhuri Dixit, and Karishma Kapoor feature in Dil Toh Pagal Hai, which is still a cult favorite. Lolo who played Nisha in the film shared a picture with co-star Dixit on Sunday. The two Bollywood divas reconnected where the actors posed in a cute candid avatar. Karishma affectionately referred to Madhuri as her all-time favourite in her post on social media. While Coolie No. 1 fame was all dolled up in a dazzling pantsuit, Mrs. Nene won hearts with her ethnic look. Sharing the post on her Instagram account, she captioned it, “Look who I bumped into at the studio my all time fav MDji.”Also Read – What’s Secret Behind Madhuri Dixit’s Glowing Beauty And Incredible Fitness At An Age Of 54? Watch Video To Find Out

As per TOI reports, Karisma recently stated that ‘Dil To Pagal Hai’ came to her after every single heroine turned down the film, and that she, too, was skeptical at first because it was a dance picture with Madhuri Dixit. Her mother, Babita Kapoor, later pushed her to take the role.

While on the work front, Madhuri Dixit Nene recently made headlines for the OTT series ‘The Fame Game,’ Karishma Kapoor, on the other hand, made her OTT debut with ‘Mentalhood‘ in 2020.