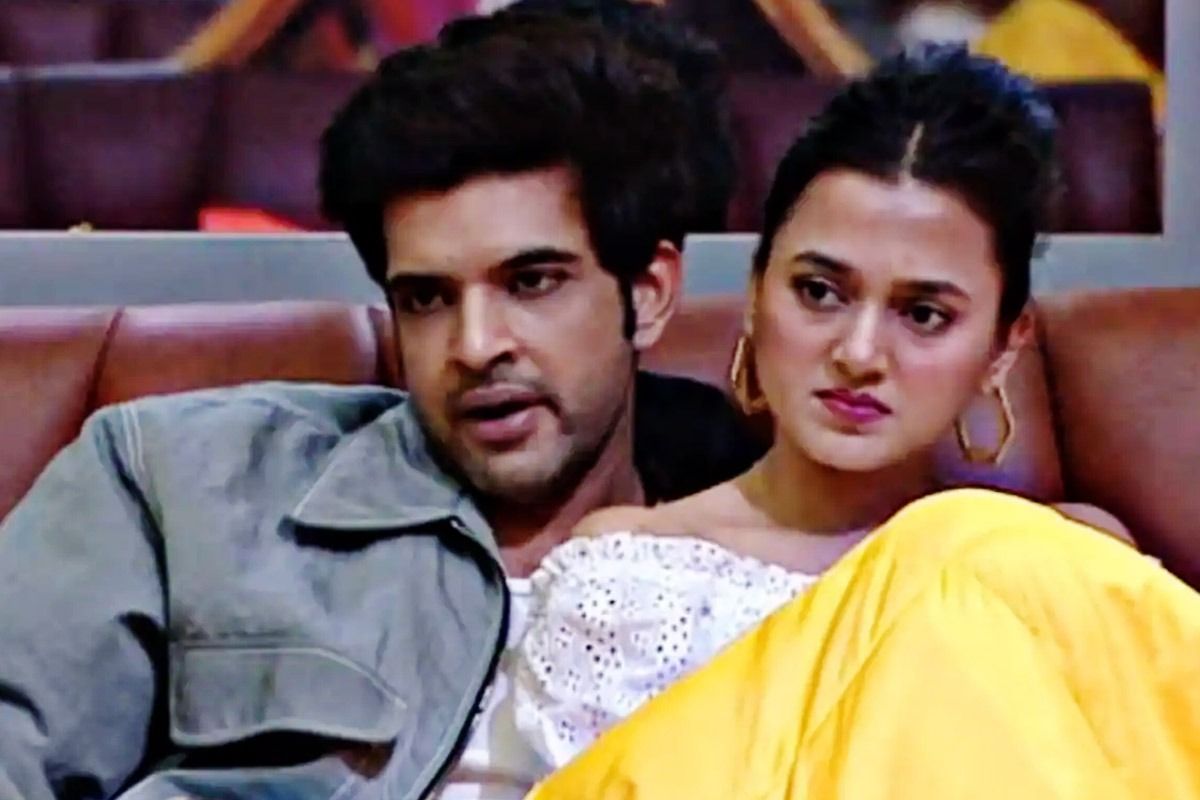 Mumbai: Karan Kundrra’s sister Meenu Kundra supported him all the way from the US amid Bigg Boss 15. She fought with Tejasswi Prakash’s brother Pratik Wayangankar on Twitter. Recently, Karan spilled the beans that they were only fighting the narratives created in the Bigg Boss 15 episodes. He added that the tweets have stopped, now that the show has ended, because the families know how he and Tejasswi feel about each other. Talking to E Times, Kundrra said that she has fierce women in her family who have always supported him. He added that his family was against the narrative being shown on the television and they had never been against Tejasswi, who ended up winning Bigg Boss 15. Karan finished as the second runner-up behind Pratik Sehajpal who earned the second spot in the finale.Also Read – Tejasswi Prakash Wants to Bond With Shamita Shetty, But ‘Taali Do Haath Se Bajti Hain’ – Exclusive

Karan Kundrra and Tejasswi Prakash fell in love on Bigg Boss 15, their family members sparred on Twitter. Earlier, Karan’s sister Meenu Kundra had earlier said that she ‘can’t stand’ how Tejasswi treats him and even hinted at her in a post about ‘garbage and fake love’. Tejasswi’s brother Pratik Wayangankar also hit back at Karan’s family members on Twitter a few times. Also Read – Naagin 6: Maheck Chahal Plays ‘Indian Wonder Woman’, Says ‘we Are Not Making a Joke’

Talking to another portal Urban Asian, Karan said, “Me and Tejasswi both know that something has happened. But you have to understand… See, they were not fighting me and Teja, they were fighting the narrative that is being created outside. What happens in 24 hours has to be shown in only an hour, or 44 minutes, to be technically correct. And they have to put the best stuff for everybody, not just me and Teja, so things would come up. But what happened before that or after that, only people on the live feed would see. The families were furious about the narratives that were perceived by the audiences and not us.” Also Read – Umar Riaz, Karan Kundrra And Rajiv Adatia Dance Their Heart Out On ‘Ishq Tera Tadpave’ | See Viral Video