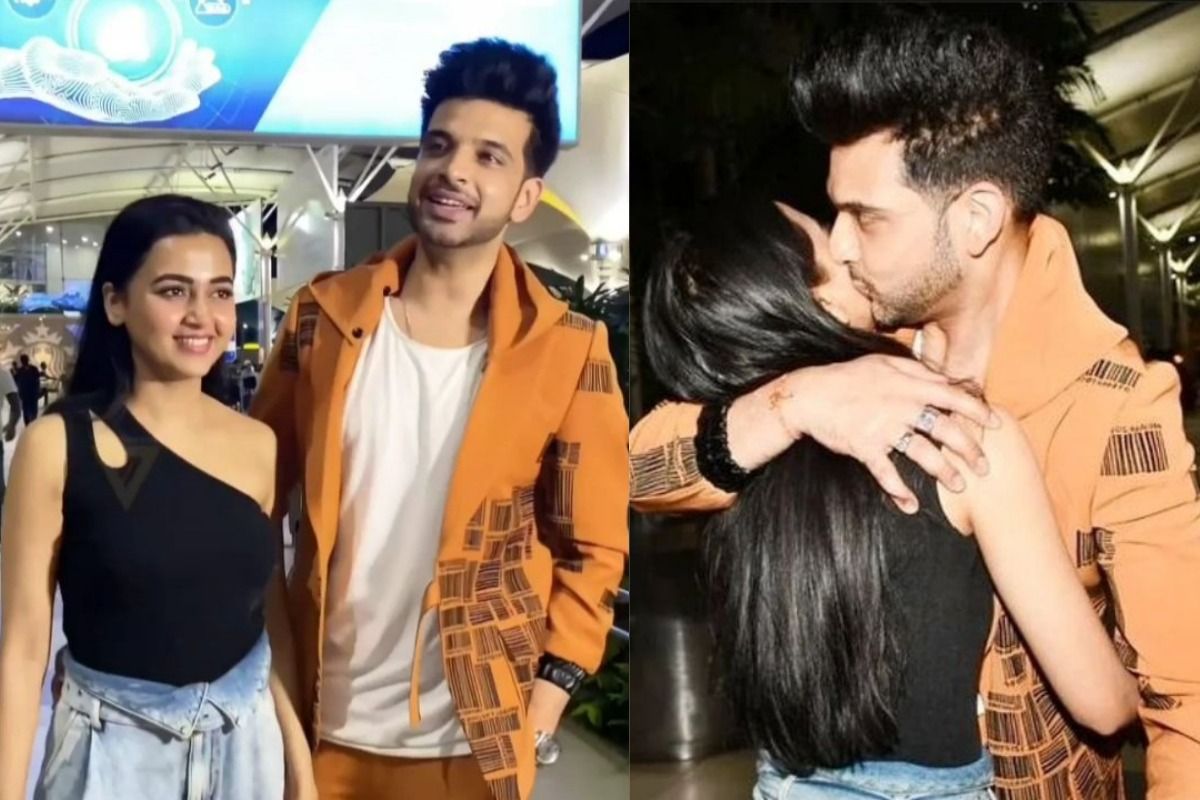 Tejasswi Prakash Surprises BF Karan Kundrra: TV actors and couple Tejasswi Prakash and Karan Kundrra are one of the most adored couples in the entertainment industry. The two actors who met in the reality TV show Bigg Boss 15, fell in love on the show. Karan and Tejasswi are often grabbing the headlines with their adorable PDA and they’ve done it again. TejRan, dubbed by their fans, were spotted at the airport where the Swarigini actor came to pick up her beau.Also Read – Naagin 6, May 22, Written Episode: Sheshnaagin Performs Tandav, Maha Asur and Nevla Plot to Kill Rishabh

In the video shared by a paparazzo account, Karan can be seen getting all mushy-mushy with his lady love.  The duo was spotted in comfy yet stylish wear. While Tejasswi was dressed in a black top with blue jeans, Karan looked dashing in a mustard jacket with a white t-shirt. The celebrity couple undoubtedly looked adorable together. Also Read – Karan Kundrra Plants a Kiss on Tejasswi Prakash’s Cheek in Latest Pictures, Emotional TejRan Fans Say, ‘Found Hope in Sunny And Laddoo’ – See Instagram Post!

Tejasswi Prakash took a break from her schedule to visit the Mumbai airport to surprise her beau Karan Kundra. The Lock Upp jailor, who was in Delhi for an event couldn’t contain his happiness after Karan saw Teju at the airport. He immediately hugged and kissed her making all the TejRan fans weak in the knees. Not only that, Naagin 6 fame was seen with a camera and clicked the shutterbugs that photographed them.

Tejasswi Prakash and Karan Kundrra are couple goals much – Agreed? Let us know in the comment section!