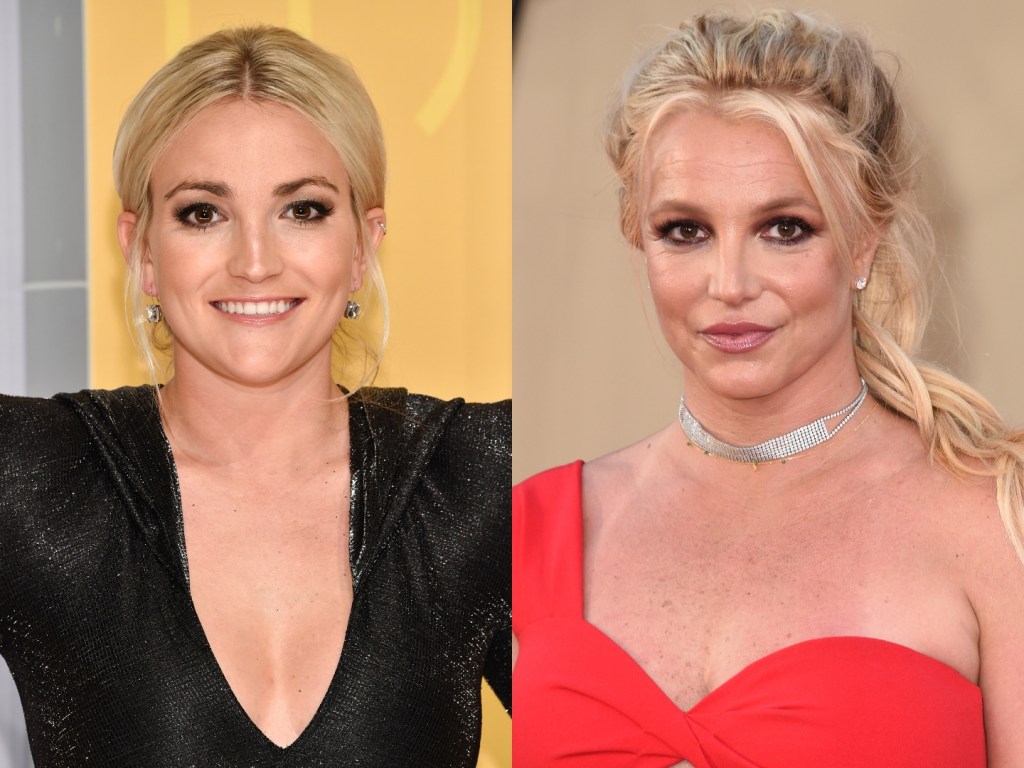 Britney Spears’ strained relationship with members of her immediate family has become even more apparent since the “Toxic” hitmaker was finally released from her conservatorship in November. Spears has put her family on blast via social media, vulnerably sharing with her fans how hurt she’s been by their actions (or lack of action during her conservatorship). This morning, however, Spears’ younger sister, Jamie Lynn Spears, appeared on GMA to share her perspective on their fraught relationship and made some pretty surprising claims.

Before diving into where she and Britney stand today, the Things I Should Have Said author shared how “happy” she was when the conservatorship was finally dissolved, and explained her feelings toward the conservatorship when it was first installed. “First of all, when it was put into place I was 17-years-old, I was about to have a baby, so I didn’t understand what was happening, nor was I focused on that. I was focused on the fact that I was a 17-year-old about to have a baby. I understand just as little about it then as I do now,” the mom of two claimed.

.@ABC EXCLUSIVE: “Everyone has a voice and it should be heard.” @jamielynnspears reveals to @JujuChangABC for the first time that she tried to give her pop star sister, @britneyspears, the resources she’d need to end her conservatorship. https://t.co/kWY5S6eOU4 pic.twitter.com/oVQ8tEMUgB

When it came to claims that Jamie Lynn benefitted from Britney’s estate financially, the younger Spears sister claimed “There was no, like, me overseeing funds or something like that, and if that was it was a misunderstanding, but either way, I took no steps to be a part of it.”

Of Jamie Lynn’s most surprising claims was the assertion she offered her big sister “resources” in order to get out of her conservatorship. “I’ve always been my sister’s biggest supporter, so when she needed help I set up ways to do so, went out of my way to make sure that she had the contacts she needed to possibly go ahead and end this conservatorship,” she alleged.

.@ABC EXCLUSIVE: “I love my sister … I’ve only ever loved and supported her and done what’s right by her.” Despite their complicated relationship, @jamielynnspears tells @JujuChangABC she still has a deep love for her big sister, @britneyspears. https://t.co/kWY5S6eOU4 pic.twitter.com/4SzC79lryE

Over the course of the past several years, it seems as if the sisterly bond the two shared has nearly dissolved, with Britney calling out Jamie Lynn on social media and clueing her fans into her true feelings about her family. But Jamie Lynn insists she still has a lot of love for Britney. “That love is still there, 100 percent,” Jamie Lynn shared through tears on GMA. “I love my sister. I’ve only ever loved and supported her and done what’s right by her. And she knows that,” Jamie Lynn claimed. “So I don’t know why we’re in this position right now.”

It goes without saying that there’s clearly a lot of pain both Britney and Jamie Lynn have endured. The two sisters were exploited from a young age, and hounded by paparazzi for most of their lives. But as Jamie Lynn questioned why her sister has disassociated from her and their parents, Jamie and Lynne Spears, we have to wonder if Jamie Lynn really grasps how painful Britney’s experience was and why she wants to focus instead on healing herself before even entertaining the idea of reconnecting with her family. We can only imagine that Britney will have a very pointed response after she sees this interview.