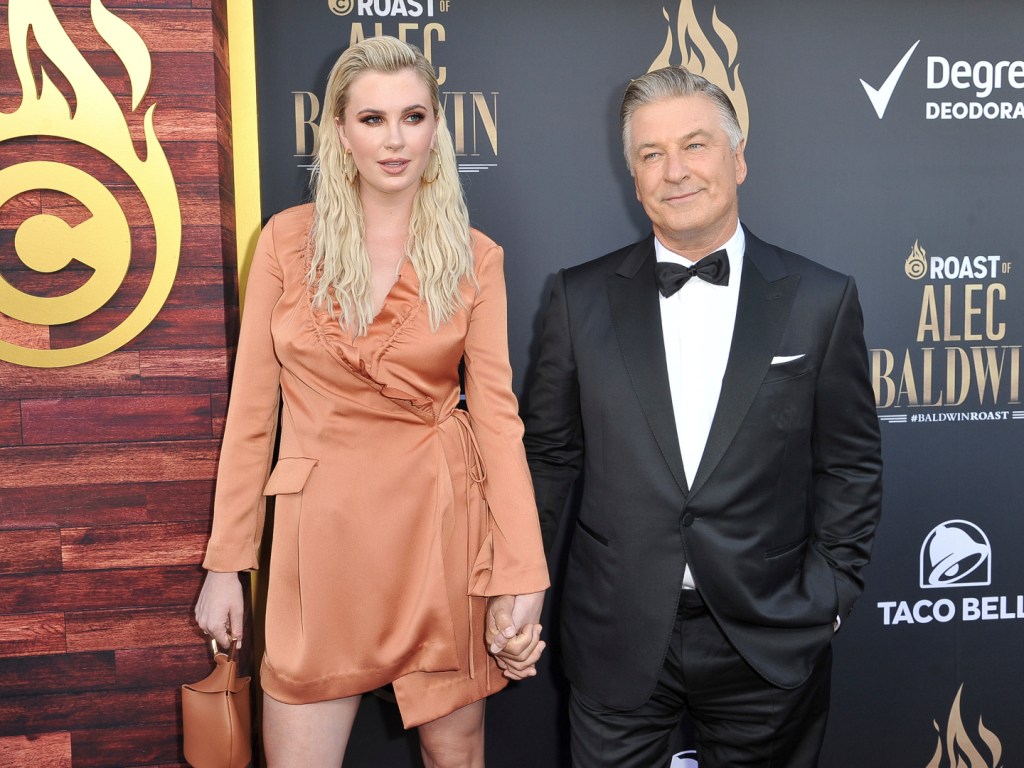 Ireland Baldwin is taking on a fun TikTok challenge and turning it into a serious dialogue about how she’s portrayed by the media. There might be a little revisionist history with how she’s tackling one particular phrase, but we have a feeling she’s letting everyone know that her family has moved past that painful time.

So most celebrities are using Ting Ting’s “That’s Not My Name” song to use the names of the characters they’ve played on TV or in film. But Ireland decided to take a more urgent tone with “names the media like to call [her].” She then goes into a series of poses while writing the words across the screen: “fat,” “thoughtless little pig,” “attention seeking, voluptuous, promiscuous” and “silver spoon fed brat w/ no real job.” But — record scratch — she’s rewriting the story when it comes to being called “thoughtless little pig.” That hurtful statement came from her father, Alec Baldwin, in a leaked voicemail that was sent to ex-wife Kim Basinger’s phone number — she was only 11 years old at the time.

Alec admitted years later on Good Morning America how damaging the outburst was to his oldest child. “It’s a scab that never heals cause it’s being picked at all the time by other people,” he revealed. “And my daughter, that’s hurt her in a permanent way.” While father and daughter have seemed to put that awful moment in the past and healed their relationship, we certainly hope no one in the press is using those disgusting words at Ireland over a decade later. But she still harbors resentment toward the media for how they’ve treated her as a child of two famous parents.

“The media is one giant garbage dump and I could give less of a sh*t what they call me…,” she wrote in the caption. “I know that my decision to work in the entertainment industry will of course bring on the constant comparison to the achievements of both my parents, and I continue to embrace the parts of myself that are indeed like them… but I am very excited to show you the individual that I am and the person I’ve grown to very proud of.”

She’s also reframed her family feud in her mind, so it takes on a lighter connotation. “My name is Ireland. I’m a writer,” she wrapped up the video. “And I think pigs are cute so jokes [sic] on you.”