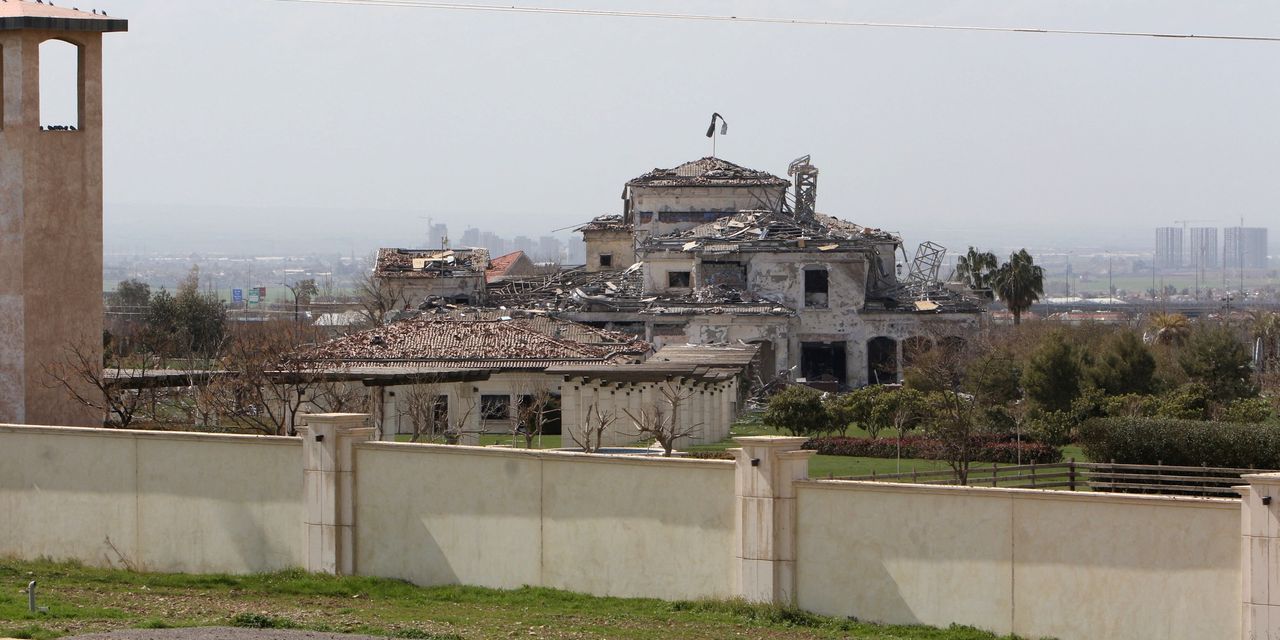 The Islamic Revolutionary Guard Corps issued a statement through its official Sepha News site saying that it carried out a missile attack in response to recent Israeli actions in the region, which included an airstrike last week in Syria that killed two of the Iranian paramilitary group’s commanders.

While the Iranian force didn’t explicitly take responsibility for the missile strikes in Iraq, the statement appeared to confirm that the attack originated in Iran. U.S. officials said Iran fired at least a half-dozen missiles at northern Iraq. The Iranian group said it carried out a missile attack on what it claimed were Israeli targets. Israeli officials declined to comment on the strike.

American, Iraqi and other world leaders condemned the missile strike as a destabilizing act as the Israeli military stepped up its defenses and U.S. officials considered how to respond. Kurdish officials said up to a dozen ballistic missiles were used in the strike.

“Iranian regime elements have claimed responsibility for this attack and must be held accountable for this flagrant violation of Iraqi sovereignty,” he said.

The attack marks the first time that Iran has directly fired missiles into Iraq since January 2020, when Tehran fired a similar number of missiles at U.S. forces in Iraq in response to an American drone strike that killed Maj. Gen.

the commander of Iran’s paramilitary Quds Force. Scores of U.S. troops were affected by the 2020 strike, which left dozens dealing with traumatic brain injuries.

Some leaders in Iraq urged the U.S. and other world powers to respond to Iran’s strike decisively.

The two were killed in an apparent Israeli airstrike in Syria, where Israel has carried out hundreds of attacks designed to blunt Iran’s military influence across the region.

Sunday’s attack is likely to create more regional resistance to American efforts to strike a new nuclear containment deal with Iran. The U.S. and Iran have paused negotiations, high-stakes talks aimed at reviving a 2015 agreement with Tehran that put constraints on Iran’s nuclear program in exchange for sanctions relief.

The talks have hit a variety of hurdles in recent days, dampening hopes that negotiators would be able to announce a revived deal soon. That agreement, which could also lead to the release of U.S. detainees, was close to being completed until Russia raised a fresh demand that its trade with Iran be exempted from Ukraine-related sanctions, Western officials say.

The French foreign ministry warned that the strike could imperil talks over the deal, known by the acronym JCPOA.

“Such actions put in danger the efforts to allow a return to the JCPOA,” the ministry said. “There is an absolute urgency to conclude the negotiations which are still open after almost a year, and to cease such irresponsible and dangerous activities.”

The U.S. effort to resurrect the deal with Iran, which then-President

withdrew from in 2018, has drawn criticism from Israeli and Persian Gulf leaders who worry that a new deal will allow Tehran to continue to arm allies across the region and carry out its own missile strikes with impunity.

Sunday’s missile strikes injured at least two people, blasted holes in nearby homes, and sent U.S. forces rushing for cover at the American military base in Erbil. At least one missile hit within about a mile of a new U.S. consulate under construction. Erbil is the capital of the semiautonomous Kurdish region in Iraq.

U.S. officials said no American personnel were injured in the attack.

Iran claimed that it was targeting Israelis in the strike. Israel has strong relations with the Kurdish region, but Israeli officials declined to comment on reports that Sunday’s strike was aimed at Israelis working in northern Iraq.

Israel has been carrying out airstrikes against Iranian-backed militias and Iranian personnel in Syria as it seeks to prevent Iran from transferring weapons to Hezbollah, the Lebanese militia group. The campaign includes placing mines on ships carrying oil and other goods that are bound for Syria.

The Iranians, in turn, have often sought to pressure the U.S. to constrain its Israeli ally.

In October, Iran directed five drones at the al-Tanf garrison in southern Syria, which is defended by a small contingent of U.S. forces and American-trained Syrian fighters. The Iranians said in a confidential message to the U.S. at that time that the attack was in response to an Israeli airstrike that killed two Iranian officers in Syria, U.S. officials said.

In January, the massive U.S. Embassy complex in Baghdad was struck by four rocket attacks that injured at least two individuals but no U.S. personnel were hurt. That attack originated from inside Baghdad and was believed to have been carried out by an Iranian-backed militia group.

Write to Dion Nissenbaum at dion.nissenbaum@wsj.com