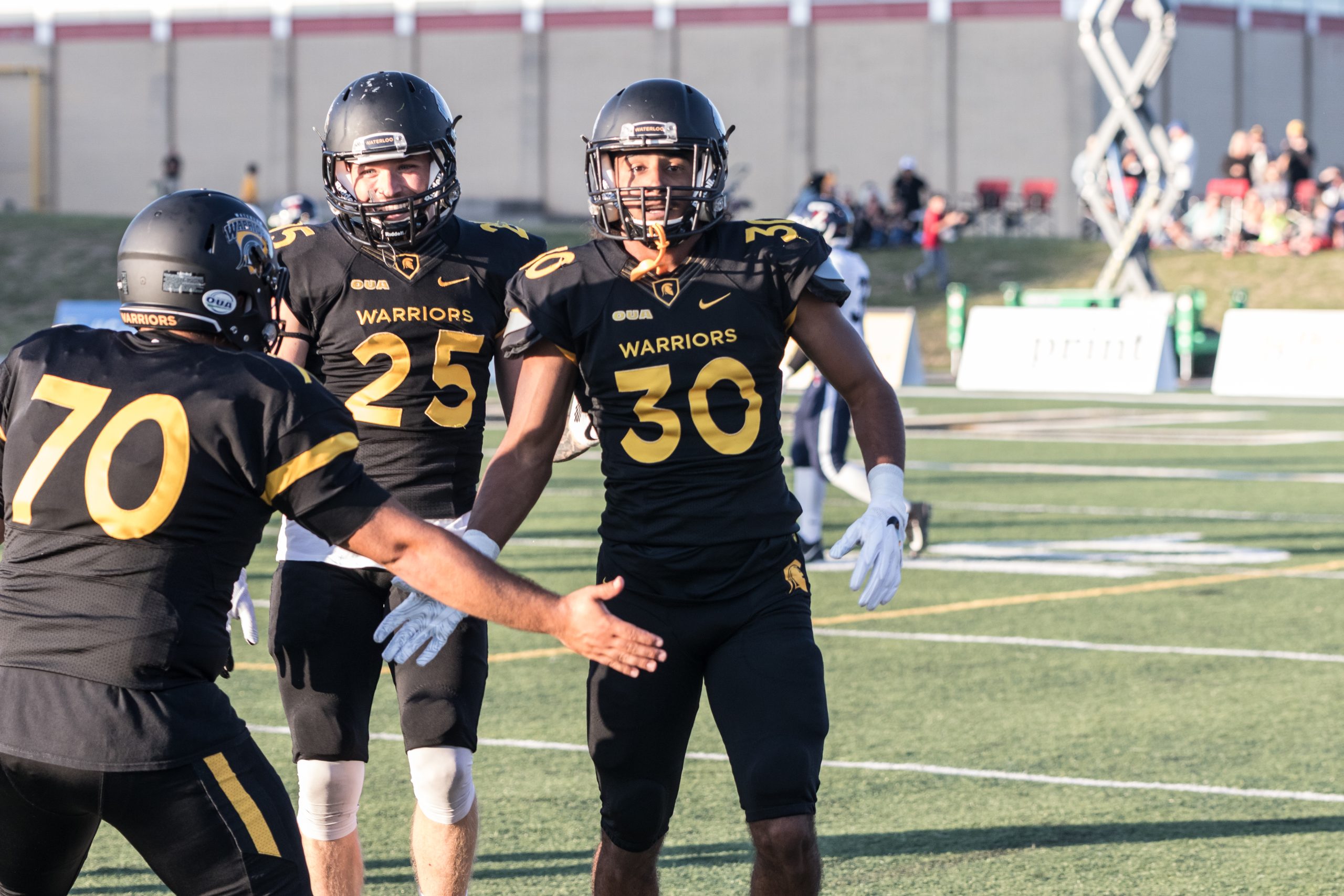 Tyrell Ford had a few moments to chat in between taking a phone call from Winnipeg Blue Bombers defensive coaches and getting his hair cut before heading off to New York for a mini camp with the Jets.

Yes, the days are full for the Blue Bombers’ first pick – selected 13th overall – in Tuesday’s Canadian Football League Draft. Actually, it’s been that way for a while now for the 24-year-old University of Waterloo product as he prepared for the CFL’s National Combine in March while he and his brother Tre, selected by the Edmonton Elks 8th overall, drew interest from teams on both sides of the border after their film and testing numbers jumped out for scouts.

Tyrell, a cornerback and kick returner, will get a look from the Jets this weekend and then possibly the Pittsburgh Steelers a week later. And Tre, a quarterback, will attend camps with the New York Giants and Baltimore Ravens.

“I’ve definitely been really busy, but I’m enjoyed the process and it’s been a lot of fun,” said Ford in a conversation with bluebombers.com from Niagara Falls, Ont., his hometown. “And I’m really just excited for what comes next.”

In that respect Ford has learned to really live in the moment. Right now, that involved the haircut before a flight to New York for medicals with the Jets and then camp. As to what to expect this weekend…

“At these mini camps the first thing I want to do is just gain more knowledge,” he said. “I’m very knowledgeable about the Canadian game and while it’s still football, there are obviously some differences between it and the American game. My biggest difficulty might be with the terminology, but I’m pretty confident in my abilities. I’m just excited to go there and prove myself and get better. I really have nothing to lose going down there.”

There’s a quiet confidence that is obvious in our conversation with Ford and it comes from his successes at Waterloo, where he and his brother helped turn the program from also-ran into a playoff squad, to his own expectations.

“I’m super athletic and super competitive, but one of the things you might not see is I consider myself a bit of a perfectionist,” he said. “I hold myself to a super high standard. Even at practice I don’t care who I’m going against, I don’t feel anybody should get a catch on me.

“That’s just the way I was brought up in believing in myself and not giving anybody anything they don’t deserve.”

The Fords weren’t the only set of twins to see their names called out during the CFL Draft, as Jalen Philpot was selected fifth overall by the Calgary Stampeders, with brother Tyson plucked ninth overall by the Montreal Alouettes. The Philpots watched the draft together, while the Fords were at different locales – Tre in Waterloo; Tyrell at home in Niagara Falls watching with his father, his girlfriend and older brother.

And, funny thing about the moment when he saw his name pop up on the draft tracker…

“I was watching, and I see the 13th pick come up and it shows my name. My first reaction was, ‘Oh my God… I think they made a mistake’ because I hadn’t talked to anybody yet and then two minutes later I got the phone call (from the Bombers) and then I started to get a bunch of calls after that,” said Ford with a chuckle.

“I’m so excited because they’re such a strong defensive team and I haven’t really been a part of something like that in my career.”

The Ford twins are now beginning the next chapter in their football careers. They’ve only NOT played on the same team once, back when they were six or seven and were put on different flag football teams.

“We were in the same league and the games were actually at the same place and at the same time, so it’s not like we were really separated,” he said. “We’re obviously twins, and we’ve played football together, but we have been apart, too.

“I come home on the weekend when I want to see my girlfriend and her family, where he stays up in Waterloo with his girlfriend. We’re already slowly separating. We’re ready for this chapter in our lives.”

Told the Blue Bombers will host the Edmonton Elks in their second preseason game on May 27th at IG Field, Ford laughed out loud.

“Oh, wow. That’d be something special,” he said. “Like I said, I’m living in the moment and right now that’s me preparing to head out to New York. If I’m in Winnipeg then, that’d be cool. I can’t wait to compete against him.”

Ah, yes, that competitiveness streak. An example of it in the Fords: asked about the age difference between the two, Tyrell chuckled.

“I’m not exactly sure of the minutes or anything, but I do know I’m older. That’s one thing I’ve got on him.”