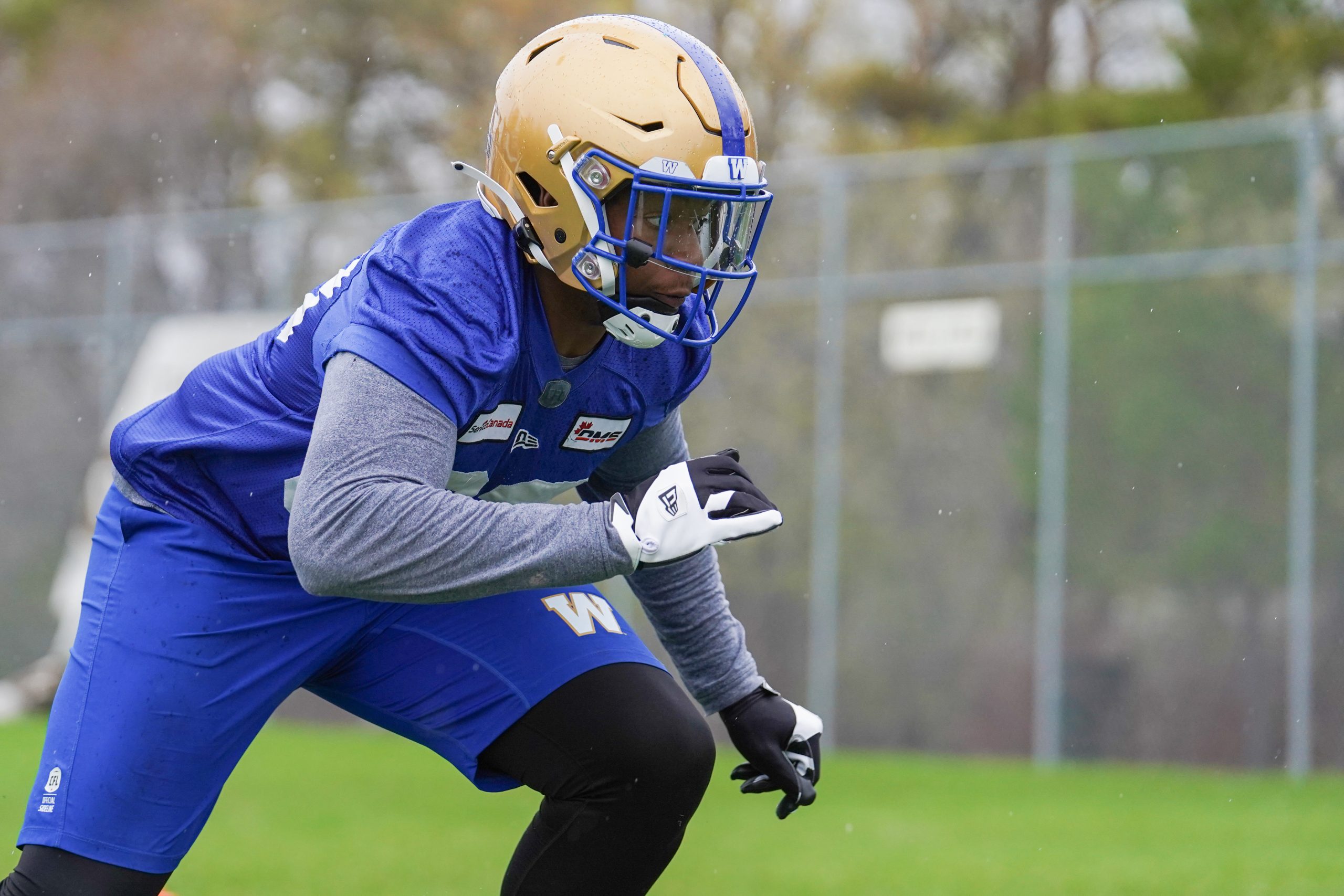 It can be devastating news to hear and potentially life altering.

It was late July a year ago – July 27th, to be exact – when Cedric Wilcots II was given a pat on the back, a handshake and the ‘keep working’ speech from the Winnipeg Blue Bombers as part of the team’s final cuts before the season.

He headed home to Dallas, TX and over the next weeks and months he battled with the disappointment of being that close to fulfilling his football dream. Yet, something inside told him to keep grinding, keep believing, and keep the dream alive.

“That dream can get a little cloudy sometimes and you might not be able to see it right then,” began Wilcots II in a chat with bluebombers.com, “but you have to keep tracking it down and try to get better day by day, try to become a better person, a better me every day and those days add up.

“I worked as a substitute teacher and a security guard after leaving here last year and doing that definitely humbles you. But even with doing that I knew what my bigger goal was – it was to come back here and play ball because I know what I’m capable of.

“I’m just so thankful to Danny McManus (Blue Bombers Assistant GM/Director of U.S. Scouting) and Coach O’Shea for another opportunity because a lot of players don’t even get one opportunity.”

Wilcots II, a defensive end, has been one of the early camp stand-outs for the Blue Bombers, capitalizing on his opportunities to work with what looks to be the potential starting unit with Jackson Jeffcoat having his workload monitored through the first few days.

He brings some quickness to the edge, showcasing the skills that saw him finish his days at New Mexico State with the fourth-most sacks in school history before an invitation to the 2020 College Gridiron Showcase and then a stint in The Spring League that same year. The Blue Bombers liked him then, and still liked him even as he was sent home last summer.

“It’s one of those things… you hear this all the time in pro sports, ‘Well, it’s just numbers’ or whatever,” said head coach Mike O’Shea. “He was very close to making the team last year and we made a different decision, but we felt we could have brought him back and liked what he did. He’s getting his feet back under him now. He still has some work to do in terms of the complete game, but he is pretty polished.

“I do think he’s got a lot of moves in terms of pass rush. It’s just a matter of getting back to that level and showing us. He’s a good football player. He fits well with our guys, too.”

Wilcots used his experience last year for growth, both physically and mentally. And when he arrived for his second shot with the Blue Bombers this year he felt just that much more prepared to grind for work.

“Being here last year definitely helped and just being behind guys like Willie and Jackson and seeing how they go about their day and how they act as pros makes my day go a lot smoother,” he said. “Last year I was able to stay the whole camp and watch pros being pros. Coming into it I was blind to it, so when I see Jackson and Willie and how they take care of their bodies, they’re in the weight room… I got a front-row seat to that, and it helped me tremendously.”

Wilcots II knows hard work. His father, Cedric, Sr., is a truck driver and his mother Willie is a retired teacher who now helps with an after-school program.

“I never wanted for anything growing up,” he said, “and I was surrounded by such a great family environment.”

There are chapters still to be written in the Wilcots II story. And the man himself is also fully aware of this: not many athletes get a second chance to make a good first impression.

“When they called me right before New Year’s to bring me back I was so happy to sign that contract,” he said. “That made me feel so good. They told me last year when they released me it wasn’t something they really wanted to do, but asked me to keep working, to stay in shape and that you never know when the next opportunity might come. That’s what I tried to hammer into my head when I was back home training, keeping my body right and my mental right.