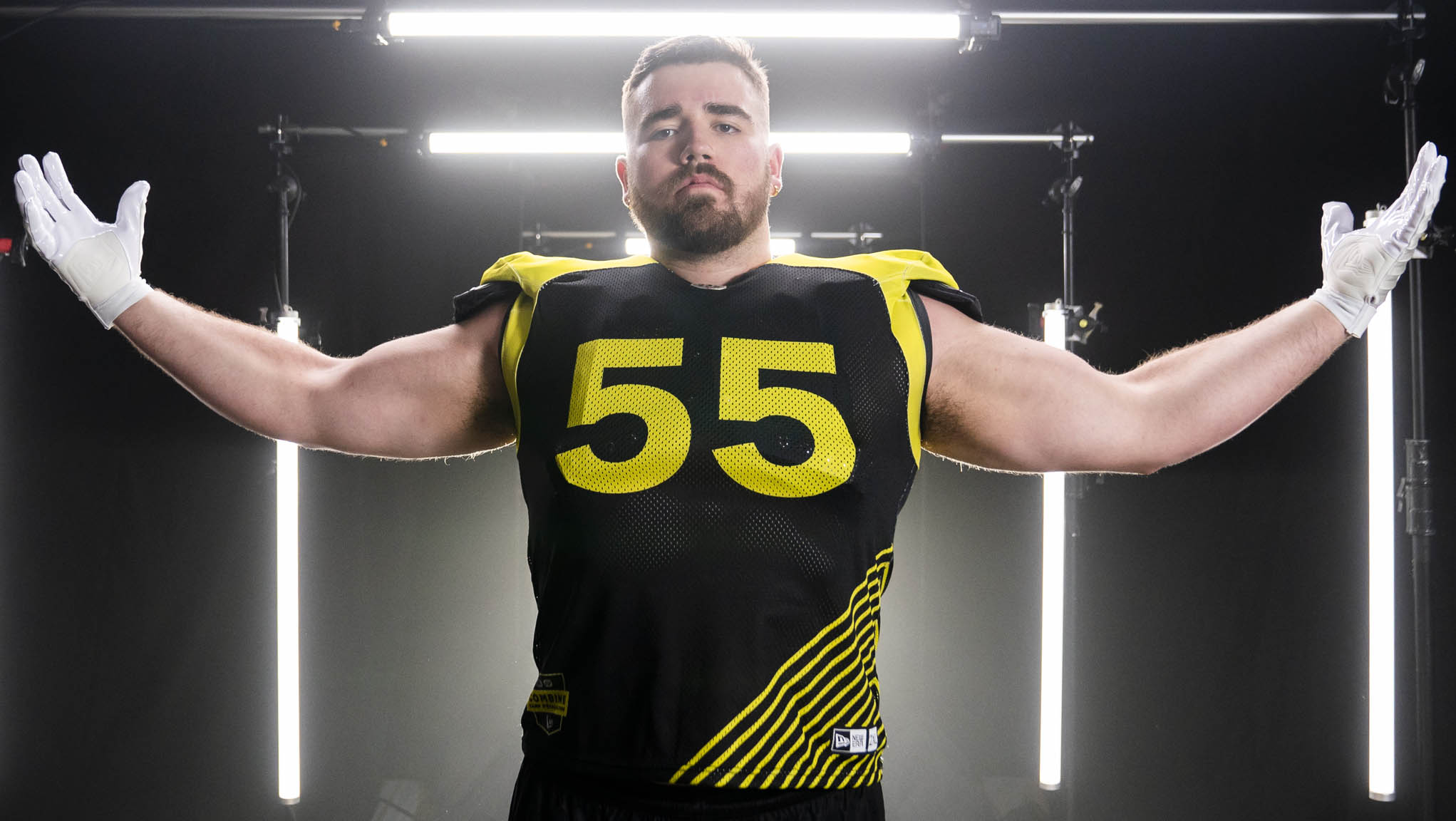 TORONTO — At six-foot-six and 305 pounds, there’s no doubting Noah Zerr’s size. A quick conversation with the first-team All-Canadian offensive lineman from the University of Saskatchewan shows something just as important.

“For me it’s proving to everybody that I am who I say I am. I have this unnatural competitive spirit for a big man and I like to prove the doubters wrong or change some opinions,” Zerr told CFL.ca at the CFL Combine presented by New Era.

“That’s what keeps me driven and focused and keeps me coming back to the sport. There’s always someone’s opinion that I need to change and all these haters to prove wrong.”

As the highest-ranked offensive lineman in the CFL Scouting Bureau’s spring rankings (No. 10), Zerr continues to win people over ahead of the CFL Draft on May 3. The obvious storyline for the Langenburg, Sask. native would be for him to have his name called by his home-province team, the Saskatchewan Roughriders. It might be nice for him and his family, but Zerr isn’t concerned about who calls his name on draft day as much as that it’s called in the first place.

“I’m grateful for any opportunity I get,” he said.

“My dream has just been to play professional football and I’m going to do that for as long as I possibly can. Whatever team drafts me I’ll make sure I’ll be the hardest working and most driven person in that locker room.”

The big man with the big fire inside of him will learn where he’ll take that next step in his career on May 3.