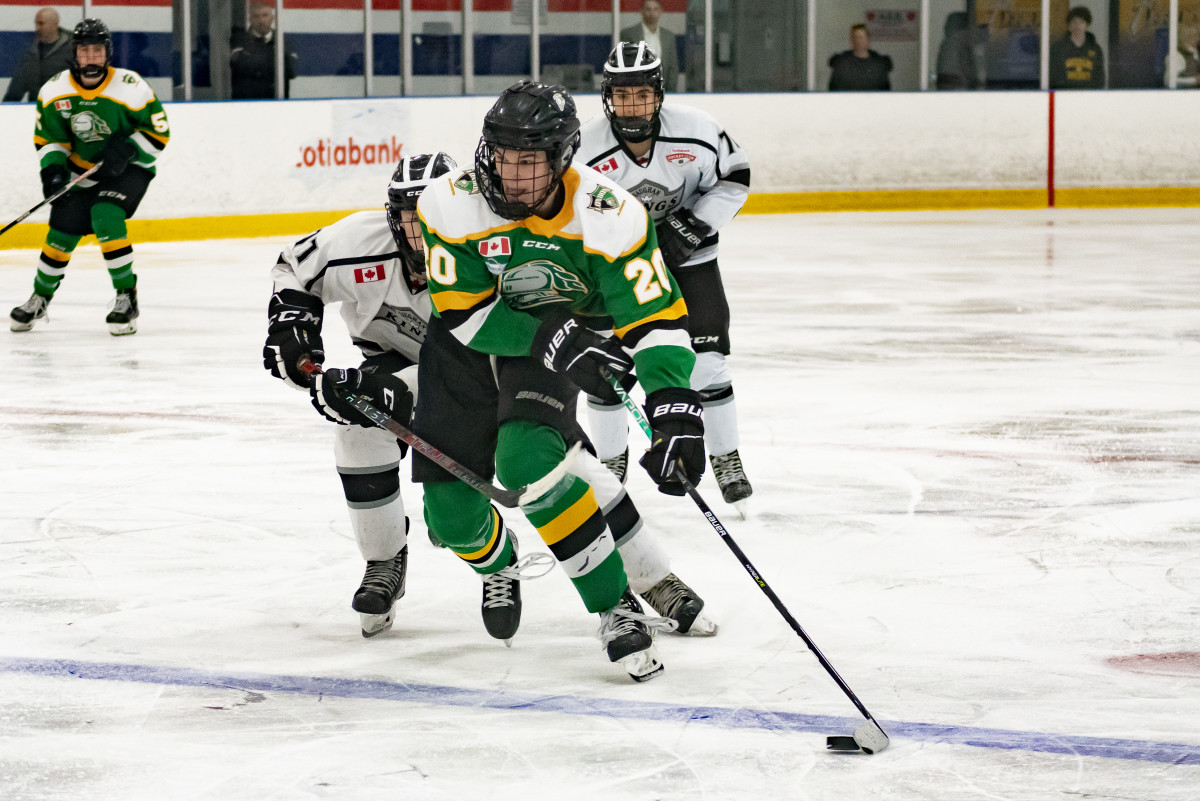 This year’s OHL Cup features an intriguing crop of underagers – and just to make you feel old, that means kids born in 2007 instead of 2006. The Mississauga Senators have William Moore and Michael Misa, while the London Jr. Knights have been led all season by Ryan Roobroeck, a 6-foot-2, 185-pound center who originally pushed his way onto the team with his dominant play.

While players who apply for Exceptional Status to join the OHL a year early aren’t allowed to talk about the process while it is ongoing, the rumors are flying that Roobroeck, Moore and Misa are going for it. Whether or not any of them are deemed ready for the jump – and remember, it’s as much about being prepared for the new life off the ice as it is being ready for the on-ice demands – I’m intrigued by the work it takes to be in that position.

Spero Mantzavrakos is a veteran trainer in London who has worked with countless NHL players and teams over the years. Jr. Knights coaches Rob Crowther and Danny Syvret (the former NHLer) sent a bunch of kids to work with Mantzavrakos this season, including Roobroeck, who is just starting his education in elite gym life.

“He’s completely raw; he’s brand-new to this,” Mantzavrakos said. “Typically that age group is the beginning phase of players learning the technical formalities in for example, Olympic lifts or back squats – any of the multi-joint lifts in weight training. The fundamentals are what we work on for the most part. And they get mad at me because they always want to move up in weight – Ryan’s very competitive – but I don’t allow it. I’m very cautious about that. I spend a good year, at least, working on the form. Because that’s the foundation.”

Matzavrakos has seen workouts evolve over the years and notes that today’s programs tend to be shorter but more intense. And the kid does understand where the teacher is coming from.

“Sometimes we’ll add a bit of weight,” Roobroeck said. “But It’s better off to learn the exercise and everything about it; to learn the mechanics of it before you hurt yourself.”

The plan is for Roobroeck to continue working with Mantzavrakos in the summer, but the youngster also has a good model to follow when he’s home: big brother Dylan Roobroeck is already in the OHL as a member of the Niagara IceDogs. And he is a big brother at 6-foot-7. Luckily, the two siblings got along just fine as youngsters.

“He was nice, but when it came to playing hockey in the basement or mini-sticks, it was always a battle,” Roobroeck said. “Even if you’re losing, you’re not gonna accept that you’re losing.”

Whether Roobroeck joins his brother in the OHL next year or the season after that, he has impressed Mantzavrakos already.

“In terms of structure and the mental side of the game, Ryan conducts himself like a young professional,” he said. “He’s so dedicated to his lifting. He’s pretty gifted in terms of his size, but he plays even bigger than what his body weight shows. He’s strong on the puck in the corners and he wins those important battles. If I was an OHL team, I’m asking if he can compete with players who are 18, 19, 20 years old and the answer is yes.”

Roobroeck wants to continue working on his speed and endurance and loves to watch Edmonton superstar Connor McDavid and the way No. 97 builds up speed on the ice.

As for any young player who has a future in major junior, Mantzavrakos has some advice:

“Be mentally prepared and have a routine every day,” he said. “When you want to be a player at that level, it’s everything from what you eat in the morning to how you prepare recovery-wise, how you warm up at the rink, all the way to the mental aspect of the game. You have to develop a system for yourself.”