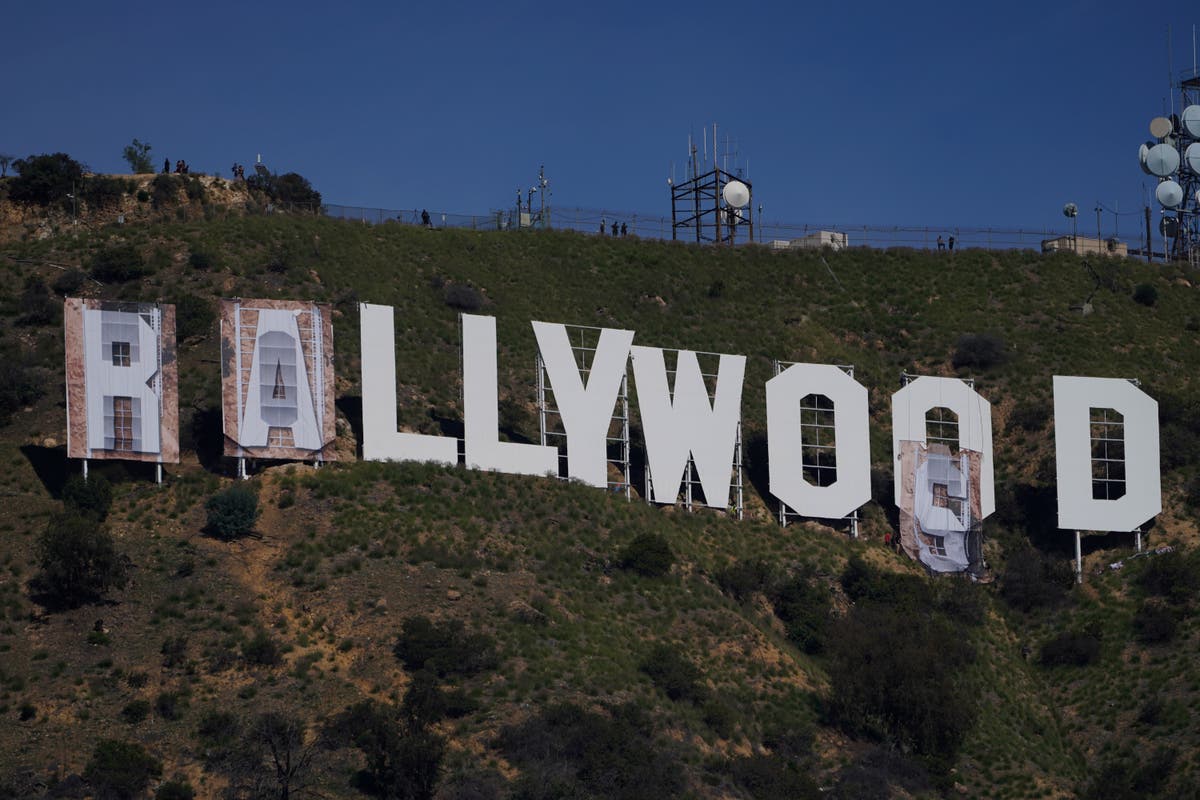 The Hollywood sign is getting a temporary makeover to celebrate the Los Angeles Rams winning the Super Bowl.

The iconic sign, which famously sits in hills above the city, will be transformed to read “Rams House”, following their 23-20 win over the Cincinnati Bengals.

The switch was announced by Mayor Eric Garcetti following the win, and by Monday afternoon the change was already underway.

“What a day in Los Angeles — the Rams are Super Bowl Champions,” Mr Garcetti said in a statement.

“This town has the best teams and fans in the world, and we can’t wait to show off our LA pride with a display that only Hollywood could deliver.”

The phrase was chosen as “Whose House? Rams House!” has become a battle cry for the team’s supporters since its move back to the city from St Louis.

The installation is expected to stay in place until Wednesday.

The Rams will also be honoured with a Wednesday victory parade, which will end at their former stadium, the Los Angeles Memorial Coliseum, Rams Chief Operating Officer Kevin Demoff said.

City officials say that they will help with extra pedestrian and vehicle traffic caused by the installation.

The installation is the result of a partnership between the city, the Rams, the Hollywood Chamber of Commerce and the Hollywood Sign Trust.

The Rams are paying for the project, according to Mr Garcetti’s spokesman Alex Comisar.

Mr Demoff thanks authorities for allowing the Rams to “recognise this historic championship by turning the iconic Hollywood sign into a celebration of our fans and our community.”

And he added: “Winning a Super Bowl for Los Angeles and our fans in our home stadium is a dream come true.”