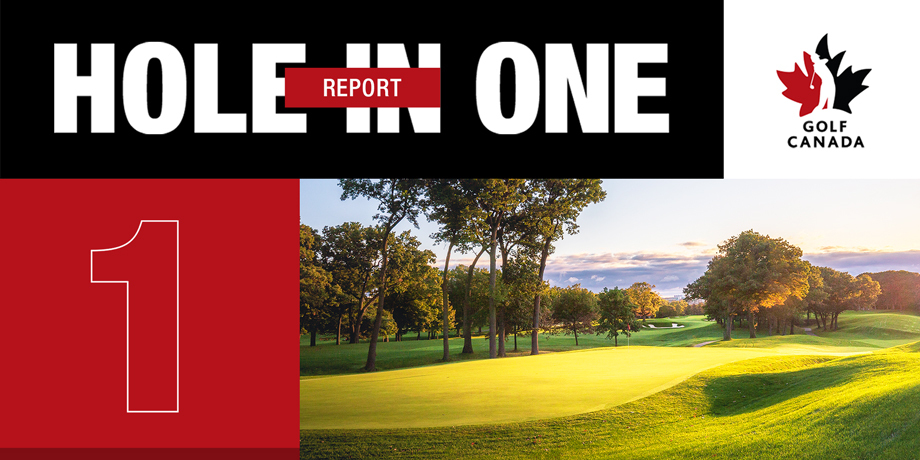 Thanks so much for the kind words and congratulations! This was a cool experience, my second hole-in-one.

I was playing with Gary Kavanaugh (Medicine Hat) and Brian Paush (Edmonton) in the final round of the 89th Southeastern Open at the Connaught Golf Club in Medicine Hat. I had a four-shot lead after two rounds but by the time we reached our 14th hole (it was shotgun start), I’m pretty sure were all tied for the lead, or at least within a shot of each other. I’d played kind of an erratic round in the wind.

The second hole at Connaught, our 14th of the day, is a par 5. Both Gary and Brian made birdie while I four-putted for a double-bogey seven. I was livid about the three-shot swing, but knew I had to keep my wits about me. When we arrived at the par 3, third hole, our 15th of the day, I joked with the volunteer on the tee box that I would have to hole my tee shot to play #2 and #3 in even-par.

Gary hit his tee shot on the 3rd into the left greenside bunker, then Brian hit his into the bunker on the right side. I hit a good shot, a high draw with my 9-iron, a shot the wind moved slowly toward the flagstick. One bounce and in, from 127 yards! I think I flipped my club into the air and raised my arms and looked back at the guys with some bewilderment. Gary and Brian came running up to me with handshakes and congratulations. Gary laughed, “that’s how you make up for a double-bogey”.

We took a couple of pictures at the green before Gary and Brian played out the hole. They both made bogey. So, that was a three-shot swing in my favour!

Three holes later, I rolled in a birdie putt on the last hole to win the Senior Men’s Division by one stroke. It’s really fun to be in the hunt!

Coincidentally, I used a Ben Hogan FTX 9-iron to make the ace, the same club I used back in 2008 when I made my first hole-in-one at the Shannon Lake Golf Club in West Kelowna.

A few days later, head pro, Brian Oliphant, presented me with a wonderful memento on behalf of the entire team at Connaught. It’s just beautiful! The ace is a nice accomplishment, but the camaraderie that day and the celebration after play with my friends and competitors is really what made it all so special!