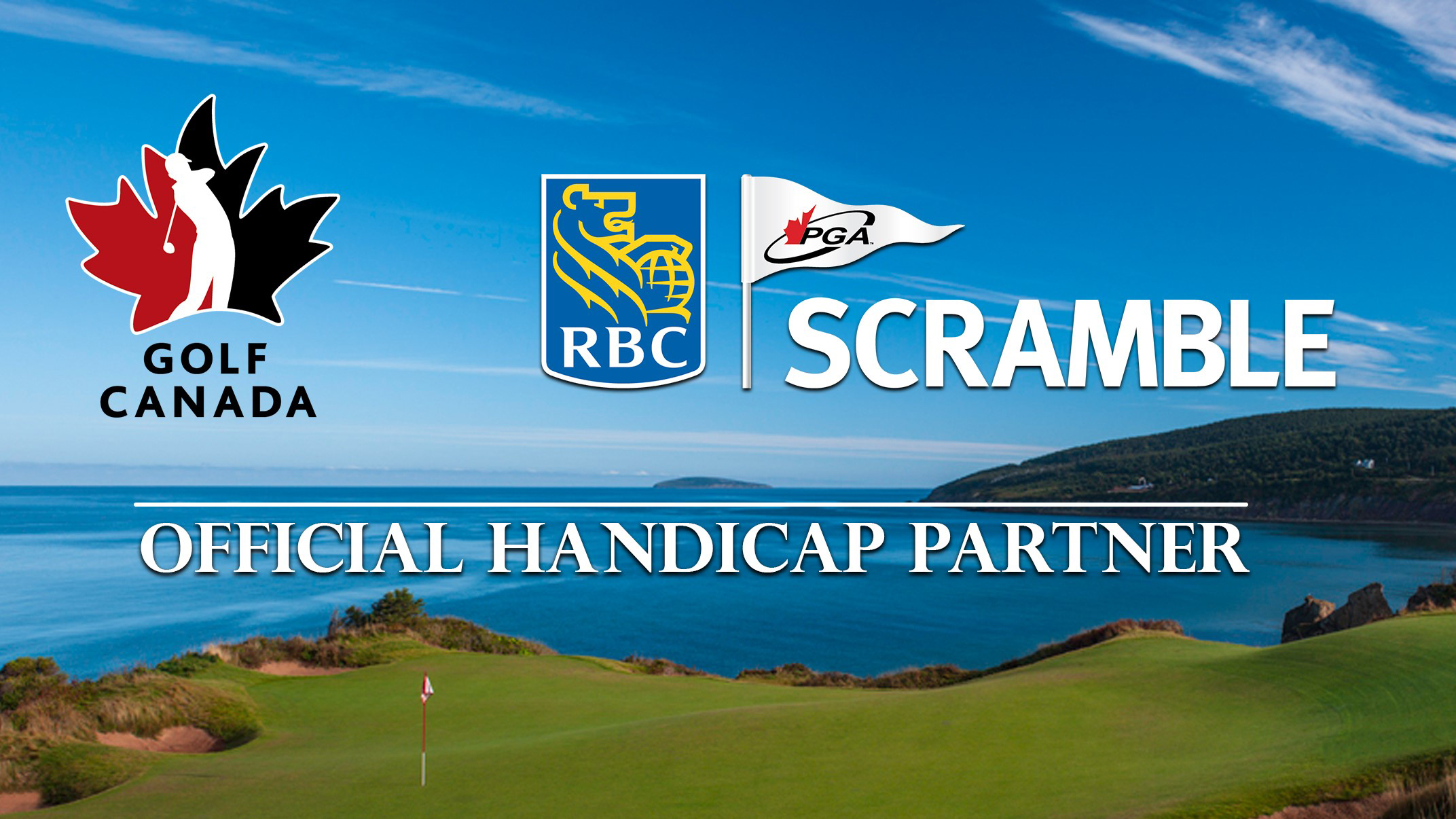 The PGA of Canada announced today that the RBC PGA Scramble has added Golf Canada as the Official Handicap Partner of the program, welcoming the national governing body’s involvement throughout the local and regional qualifying stages and leading into the National Championship at Cabot Cape Breton.

The partnership position will see Golf Canada play an enhanced role in competitor handicap verification—an important consideration towards the fairness and integrity of the RBC PGA Scramble—as the national program continues to add more qualifiers throughout Canada.

“Adding Golf Canada as the official Handicap Partner is absolutely massive for the RBC PGA Scramble and further establishes it as the premier amateur team event in the country,” said PGA of Canada CEO Kevin Thistle. “The reputation Golf Canada has is second-to-none, and there is no other entity more qualified to ensure the integrity of the program and its participants.”

New this year, the Handicap Index that a player competes with at a local qualifier will act as the ceiling as that player advances through the following stages of the RBC Scramble. Handicap Indexes that decrease between qualifying stages will be used at their current status.

While other team handicap rules for the RBC PGA Scramble remain consistent with past years, Golf Canada’s involvement will help verify each player’s scoring records prior to the respective local, regional, or national competition.

While Golf Canada has previously supported the PGA of Canada in this capacity, the two organizations will streamline the handicap verification process and ensure the competition continues to be fair for all teams.

“A fair and equitable competition makes for a fun golf experience and we are very excited to take a larger position in supporting the growth of the RBC Scramble,” said Golf Canada Chief Sport Officer Kevin Blue. “The RBC PGA Scramble has become a must-play grassroots competition for golfers across the country and we are thrilled to support our partners at the PGA of Canada and RBC in this terrific program.”

The PGA of Canada and Golf Canada have a long history of collaboration, working together to advance the sport through a number of programs and initiatives including Safe Sport, high performance and grassroots golf, player development, coaching, and the launch of First Tee – Canada.