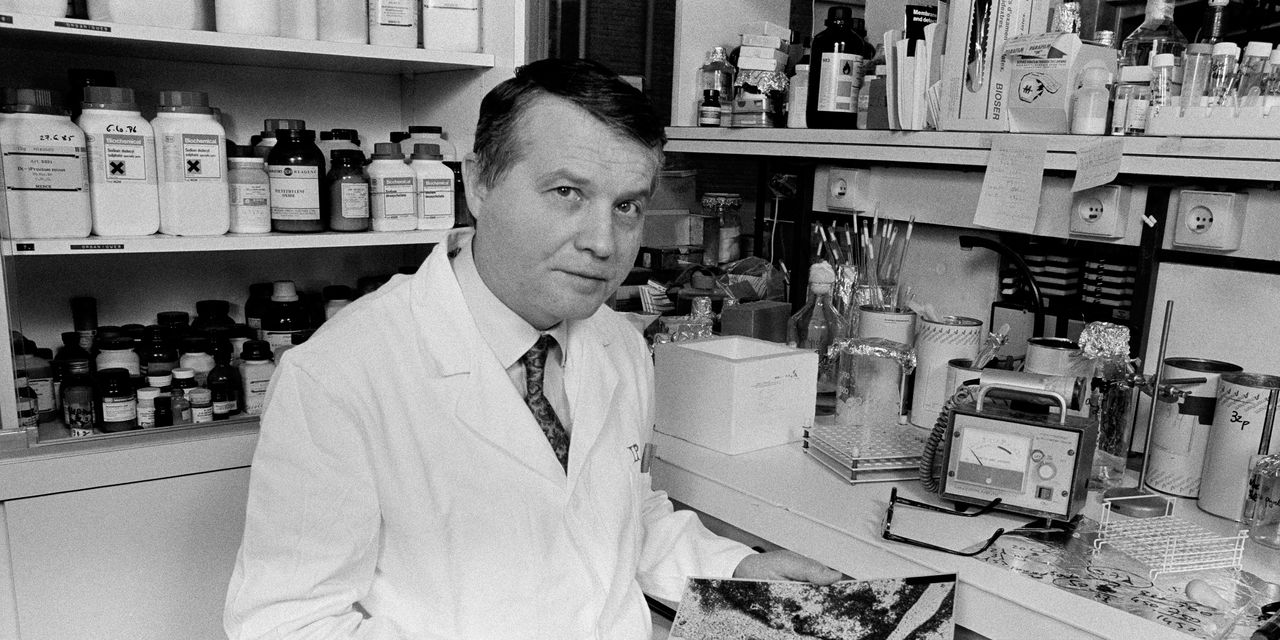 who won a Nobel Prize in 2008 for discovering HIV, the virus that causes AIDS, and who more recently spread false claims about the coronavirus, has died at age 89, according to local government officials in France.

He died Tuesday at the American Hospital of Paris in Neuilly-sur-Seine, a western suburb of the capital, the area’s city hall said. No other details have been released.

Dr. Montagnier, a virologist, led the team that in 1983 identified the human immunodeficiency virus (HIV) which causes AIDS, leading him to share the 2008 Nobel Prize in medicine with colleague

He was born in 1932 in the village of Chabris in central France.

According to his autobiography on the Nobel Prize website, Dr. Montagnier studied medicine in Poitiers and Paris. He said recent scientific discoveries in 1957 inspired him to become a virologist in the rapidly advancing field of molecular biology.

He joined the French National Centre for Scientific Research (CNRS) in 1960 and became head of the Pasteur Institute’s virology department in 1972.

“My involvement in AIDS began in 1982, when the information circulated that a transmissible agent—possibly a virus—could be at the origin of this new mysterious disease,” Dr. Montagnier said in his autobiography.

In 1983, a working group led by him and Dr. Barré-Sinoussi at the Pasteur Institute isolated the virus that would later become known as HIV, and was able to explain how it caused AIDS.

claimed to have found the same virus at almost exactly the same time, sparking a disagreement over which man should get the credit. The U.S. and France settled a dispute over the patent for an AIDS test in 1987. Dr. Montagnier was later credited as the discoverer of the virus, Dr. Gallo as the creator of the first test.

Starting around the end of the 2000s, Dr. Montagnier began expressing views that led to his being shunned by much of the international scientific community.

As Covid-19 spread across the globe and conspiracy theories flourished, Dr. Montagnier was among those repeating misinformation about the origins of the coronavirus.

During a 2020 interview with French news broadcaster CNews, he claimed that the coronavirus didn’t originate in nature and was manipulated. Experts who have looked at the genome sequence of the virus have said Dr. Montagnier’s statement was incorrect.

At the time, AP made multiple unsuccessful attempts to contact Dr. Montagnier.

Last year, he claimed in a French documentary that Covid-19 vaccines led to the creation of coronavirus variants.

Experts contacted by the Associated Press said variants found across the globe began emerging long before vaccines were widely available. They said the evidence suggests new variants evolved as a result of prolonged viral infections in the population and not vaccines, which are designed to prevent such infections.

Earlier this year, Dr. Montagnier delivered a speech at a protest against vaccine certificates in Milan.

Dr. Montagnier was emeritus professor at the Pasteur Institute and emeritus research director at the CNRS. He won multiple awards, including France’s highest decoration, the Legion of Honor.