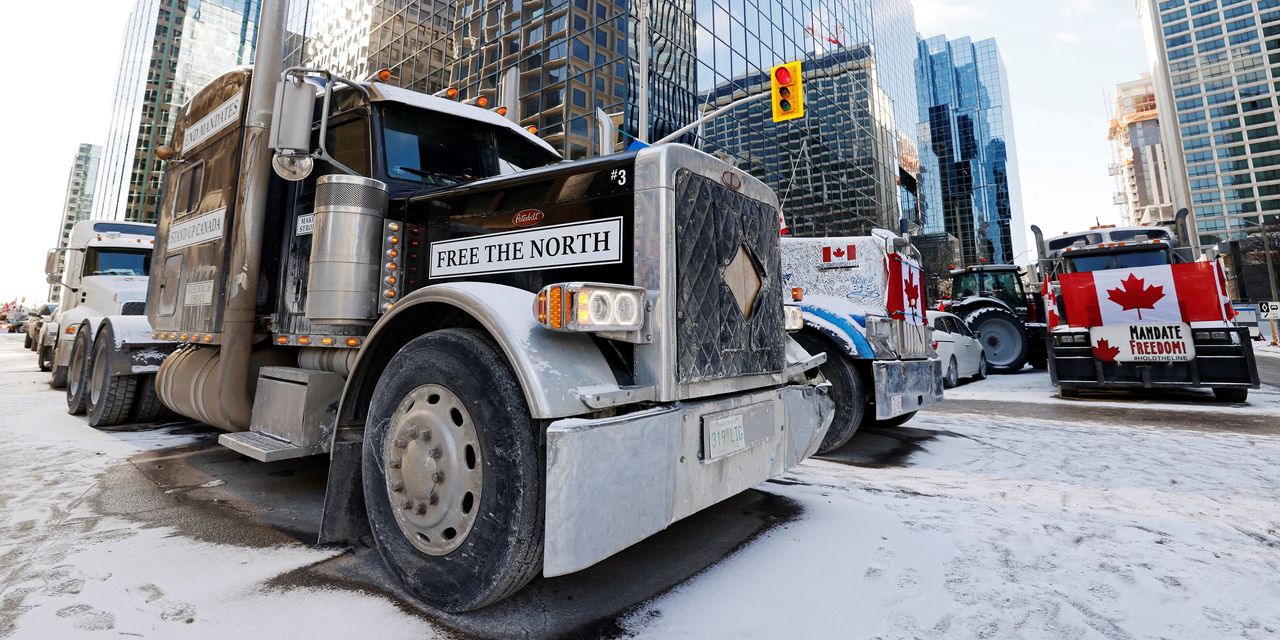 OTTAWA—Hundreds of heavy trucks and other vehicles continued to clog the streets of Canada’s capital city on Tuesday after Prime Minister Justin Trudeau announced the government’s plan to invoke extraordinary emergency powers aimed at forcing protesters to leave.

Mr. Trudeau said Monday his government would invoke rarely used emergency powers to shut down the encampment in Ottawa, which is now in its third week, and to deal with other blockades protesting Covid-19 mandates that have disrupted trade between the U.S. and Canada. While he has yet to detail how, specifically, those powers will be used, the so-called Emergencies Act would allow authorities to designate no-protest zones in areas near the border and to commandeer tow trucks to help them remove demonstrators’ vehicles.