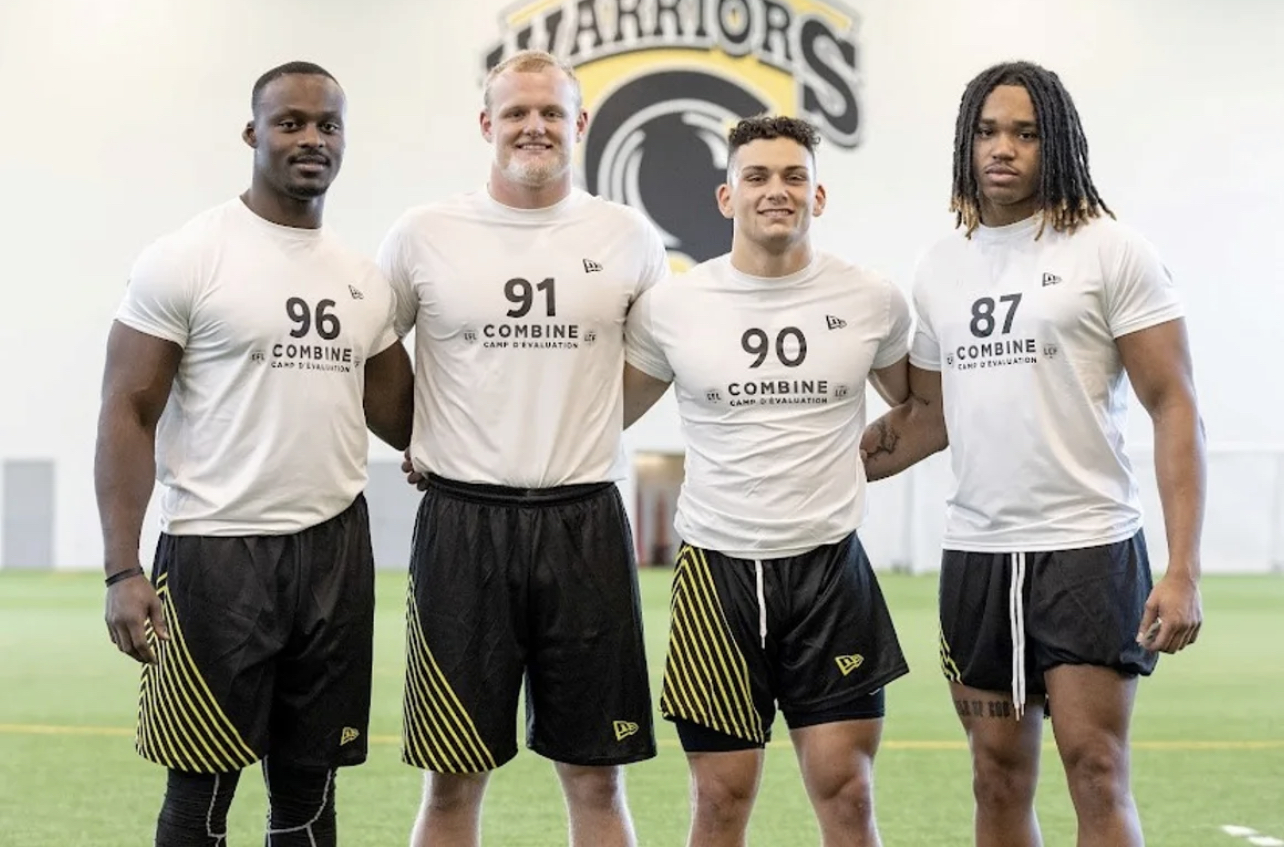 The quartet will join players who advance through the Eastern and Western Regional Combines, as well as, the top Canadian prospects and their global counterparts, at the CFL Combine in Toronto from March 25-27. The 2022 editions of the CFL Draft and the CFL Global Draft will take place on May 3.

In the 2020 CFL Draft, linebacker Jordan Williams – who advanced through the Ontario Regional Combine – was selected first overall by the BC Lions.

RELATED
» Through the Lens: Ontario Regional Combine
» Combine 101: The basics behind each prospect drill
» O’Leary: Tyrell Ford brings confidence to the combine