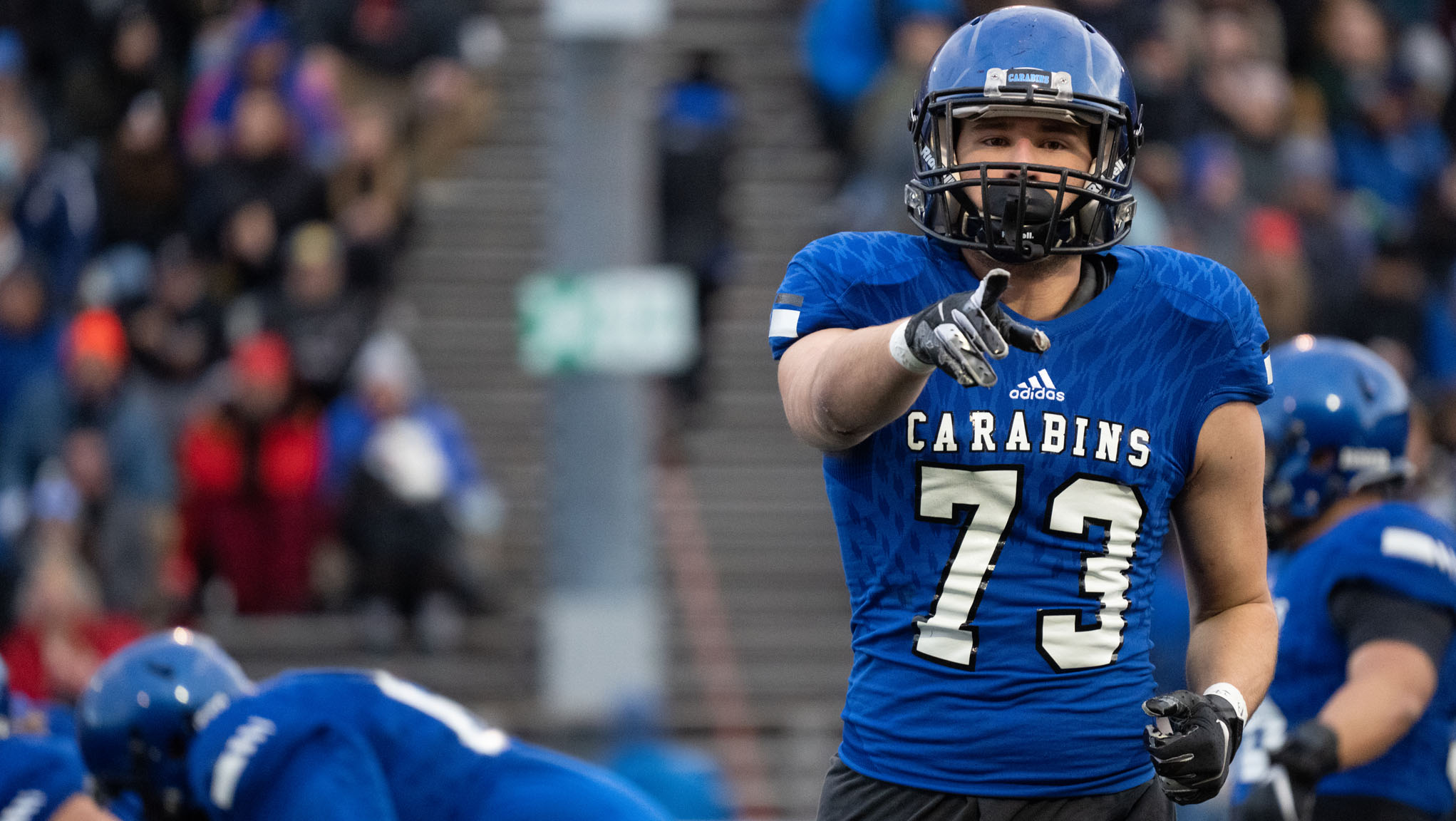 TORONTO — On the heels of four players earning national invites out of the Ontario Regional Combine, the focus shifts to Montreal for the Eastern Regional Combine on Friday.

Montreal marks the second of three regional combines that give under the radar players a chance for evaluation from CFL teams and the opportunity to be invited to the National Combine, which runs from March 25-27 at the University of Toronto.

Here are five players to keep an eye on when results start streaming in on Friday morning.

Derek Acheampong turned two steady seasons in 2018 and 2019 into an all-star campaign in 2021 (Photo: Concordia Athletics)

The six-foot, 200-pound Laval, QC native was 25th in the nation with 32.5 total tackles in 2021, which follows back-to-back seasons in 2018 and 2019 of 23.5 total tackles. In 2021 he pulled in his first U SPORTS interception and recovered a fumble, en route to being named a RSEQ all-star. Acheampong was also named to the 2021 East/West Bowl roster (game was not played due to the pandemic).

The Montreal native had a career-best 207 receiving yards last year with the Carabins, along with one touchdown. A bigger receiver at six-foot-three and 200 pounds, some good testing and a strong showing in one-on-ones would go a long way for Fiske-Casault, who was a Dunsmore Cup winner last season and played in the Vanier Cup in 2019.

Eveillard is an interesting player to keep tabs on because he made a big switch for the 2021 season. After spending 2017 and 2018 as a receiver, he suited up as a defensive lineman in 2021 (he missed the 2019 season). In his first year in the trenches, the six-foot-four, 220-pounder from Gatineau, QC had 6.5 total tackles, 2.5 sacks and a forced fumble. A proven physical specimen, Evillard should have the attention of scouts when he gets on the field on Friday.

While undersized at five-foot-seven, receiver Jacob Salvail put up big numbers in 2021, finishing fourth in the country in receiving (Photo: Concordia Athletics)

The fourth-leading receiver in the country last season, with 40 catches for 632 yards and seven TDs, Salvail has shown that he can perform on a big stage as an undersized player (five-foot-seven, 165 pounds). If he can show that again on Friday in Montreal, it might be enough to get him an invite to the national combine at the end of the month. Salvail’s numbers exploded to career bests in 2021, after he posted identical 111-yard outputs in 2018 and 2019 with the Stingers.

Sevigny, six-foot-four, 355 pounds, comes from a successful Carabins program. Like Fiske-Casault, he played on a Dunsmore Cup-winning squad in 2021 and played for a Vanier Cup in 2019. With experience playing centre and guard — he started seven of the Carabins’ eight games at centre last year — Sevigny’s smarts and versatility should help him with evaluators. From the centre spot, Sevigny was a part of a Carabins’ o-line that rushed for 1,215 yards and passed for 2,044 yards in 2021, while allowing 11 sacks in eight games played.