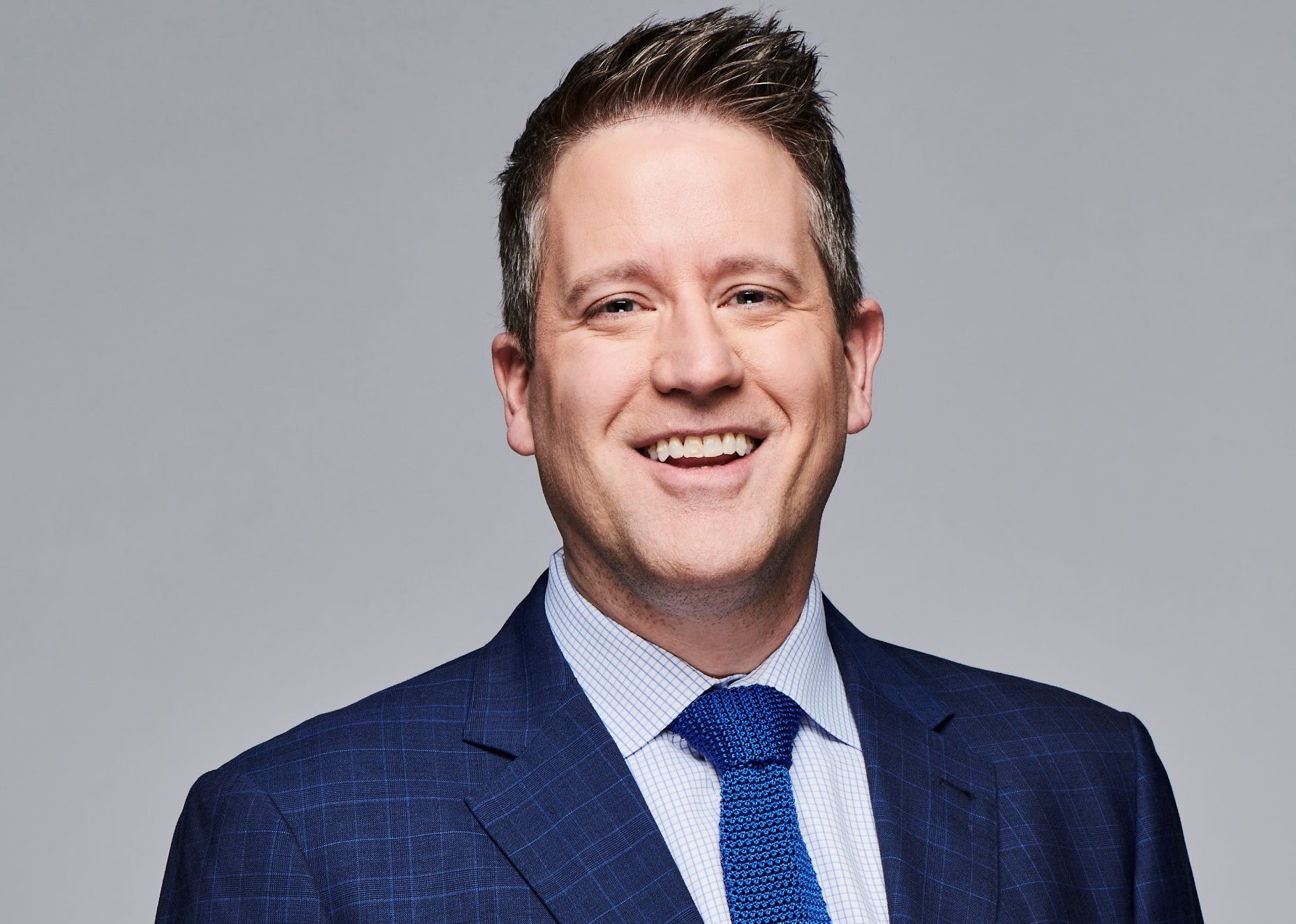 Derek Taylor is on the phone from Regina, having answered a call from Winnipeg while sitting in his car parked out front of his neighbourhood Walmart.

A planned shopping expedition temporarily stalled, it’s not long before he begins rattling off statistics and ‘Did you know?’ tidbits which offer a sneak peek into the mind of CJOB’s new play-by-play voice of the Winnipeg Blue Bombers.

“I have this thing where once a question gets stuck in my head, I need to know the answer instantly,” Taylor explained. “My wife will ask me a random question like, ‘Where was Ben Simmons (of the Brooklyn Nets) born?’ And I’ll be like, ‘I think it’s Australia, but I have to Google it quickly.’

“I’m broken,” he added with a laugh. “I just have this thing where I have to know.”

Taylor will soon return to Winnipeg as the replacement for the Legendary Bob Irving as the new voice of the Blue Bombers, and with a reputation already established as a passionate advocate for Canadian football, as a quality play-by-play man and with this unique hobby obsession of drilling deep to study the minutiae of CFL games.

In fact, it’s that obsession which helped distinguish Taylor during his days anchoring TSN’s SportsCentre and led to regular appearances on the CFL on TSN’s telecasts

The origins of this hobby date back to Taylor’s first go-round in Winnipeg as a broadcaster from 2001-14 with the A-Channel, the Fox Soccer Report, Global TV and UMFM 101.5, where he first started calling University of Manitoba Bisons games. Fascinated by Bisons head coach Brian Dobie’s penchant for conceding safeties rather than punting from deep in Manitoba’s own end, Taylor studied years of Canada West play-by-play packages to study the math behind it all and to determine if the decision was correct.

“That ended up becoming a two-year project for me because once I started, I will just keep going,” said Taylor. “Sometimes I will work until 6 in the morning compiling data because there could be an answer at the end.”

His conclusion? Dobie was correct, although he’s further grown his research to determine that in the CFL, if teams can net 35 yards on a punt they should never concede a safety.

Taylor’s gig with CKRM in Regina has ended after three years calling Saskatchewan Roughrider games, and in the next few weeks he and his wife Fiona Odlum – a journalist with CBC – will make the move back to Manitoba.

A product of Alberta – he was born in Red Deer, moved to Edmonton and grew up on Okotoks – Taylor studied at Ryerson University in Toronto and began his career as a writer for TSN in 1998. His first on-air job was in Canmore doing traffic for – Taylor breaks into his full radio voice to spit out “106.5 Mountain FM… the voice of the Bow Valley” – before a stop at CFJC in Kamloops and then his arrival in Winnipeg in 2001.

He began calling Bisons games in 2006 and handled that for eight seasons before his return to TSN as an anchor in 2014.

“Early on I knew I wanted to do play-by play. I was probably 14 when I first thought, ‘That would be very cool,’” he said. “I’ve been lucky. The age at which I got the TSN job I had almost written it off because I was 40 and they didn’t need any more 40-year-olds doing Sports Centre when they’re trying to appeal to the younger crew.

“I was thinking of my audition there the other week. We just passed the one-year anniversary of Chris Schultz dying and Schultzie was a part of my audition at TSN. They bring you in and ask you to rewrite a block of Sports Centre and we’ll run it and see how you do. I did that one time and then they asked me to talk to Chris Schultz and ask him five questions about the CFL and see how that goes talking to an analyst. So, I wrote down five quick questions and there are Schultzie and I talking about football and it went well and eventually they said, ‘Would you like to come and work for us?’

“I said, ‘Absolutely. It would have been my dream 15 years ago, but I’ll take it now.’ And then I got the Rider play-by-play job and now this with CJOB and the Bombers… like I said, I’ve been lucky.”

1. Taylor calls his obsession with breaking down plays part of his ‘football nerdiness.’ During his days at TSN he began charting all plays – minus special teams – which came in at just under 10,000. With playoffs and special teams then added after that, that number grew to 14,000. I asked him to explain his process, as studying even one play could take eons.

“What it has evolved to is something like this,” he began. “OK, the ball is on the left hashmark, there’s three receivers to the field side, there’s one to the boundary, there’s an ‘H’ back and a running back. I know it’s going to Kenny Lawler, who is in the No. 2 position to the field. Is Lawler waggling? Yes. Is there play-action? No. How many people are protecting? How many people are rushing? Where exactly was Lawler when the ball was thrown to him? He’s running a 12-yard dig, so he’s 12 yards downfield… he’s at the right hashmark.

“He catches the ball. This guy is in coverage and the coverage is like this. He gets nine yards after the catch. First down. The protection was good. There was no quarterback pressure… it can be a lot. In the moment it’s like, ‘Wow, this game has taken five hours to watch’, but when you’re done you go, ‘Oh, once you’ve done this 13,000 times some stuff really starts to pop out at you.

“It leads to story ideas like, does play action work in the Canadian Football League? Or what is a better way to evaluate punters in the CFL? I have to find these answers. It’s just a compulsion I have.”

Asked if he could offer a couple of ‘Details’ off the top of his head on the Blue Bombers, Taylor raved about Jeffcoat – again – and about Zach Collaros.

“The one thing about Collaros, and it certainly still exists in Winnipeg, is he is unbelievable at keeping pressure from turning into sacks,” he said. “Winnipeg’s offensive line was unbelievable last year, but they allowed as much quarterback pressure as anyone else in the league. But when a defensive end comes barrelling down on Zach Collaros he is among the least-sacked quarterbacks when he is under pressure because he’s able to dance out, throw it away, complete a pass – whatever it is to prevent it from being a negative play. That’s something he’s been a master at since he was in Hamilton.

“And Jackson Jeffcoat… I wish there was a way to examine how much of his success is due to Willie’s (Jefferson) impact, but he’s just a monster. He’s always among the league leaders in quarterback pressures and last year he was the league leader by our counting. He’s so good in every way.”

3. One more from Taylor… It’s not going to be easy replacing an icon like Irving – something he’s only heard a gazillion times already – but he seems comfortable enough in his own skill and his own talents to be able to handle that.

“It’s the byproduct, in some ways, of having seen that in social media, of not being this guy or that guy already. You’re calloused against criticism,” he said.

“Bob Irving is a legend. No one argues that. I’ll start every broadcast with, ‘From the Bob Irving Media Centre at IG Field it’s the Bombers…’ Bob will always be there, whether he’s physically there or not.

“Now there are things when I go back and listen to Bob’s broadcasts where I think, ‘Oh, I should steal that…’ but it’s going to sound different because we’re different people.

“I believe that after a while people will be OK with that. I hope it becomes, ‘It’s different than when Bob did it, but it’s really good.’ That’s all you can hope for. I’m just going to be myself because I’m not new to calling CFL games, I’m not new to working with a very talented radio partner in the booth.’ We’ll work on having the best broadcast we can have.”

4. Wonderful story here by Lindsey Young of Vikings.com on Bud Grant’s five interception game back in his playing days with the Blue Bombers – a few years before he became the iconic head coach of the club.

Young reached out to the Blue Bombers looking for film of Grant’s five-pick game and we put her in touch with long-time broadcaster Joe Pascucci, now in Toronto, who had a copy courtesy the Manitoba Archives. It turns out Grant has a copy of that game, too… somewhere.

“I went up one year to Winnipeg and they presented me with the film that showed the five interceptions that I made in the playoff game, as kind of a – you know, Canadians have a lot of banquets,” Grant told Young. “If you ask me where that strip of film is, I couldn’t find it. I’ve got it somewhere. I didn’t throw it away, purposely,” he added. “It’s somewhere in my mess.”

5. Jackson Jeffcoat was mentioned above and for those interested here’s a link to a piece done on him by the Texas Longhorns Network.

6. And, finally, CFL fans are already well aware of Willie Jefferson’s abilities as one of the best hype men for our league. He’s also got some ideas that the CFL’s marketing types should listen to, including his latest that calls for the return of ‘CFL Week’ – a wonderful initiative first held in Regina and then in Winnipeg before the pandemic hit.

We need #CFLWeek back!!! I would of loved to be at the combine watching the young guys…. And get a little media done with some of the other guys around the league @CFL