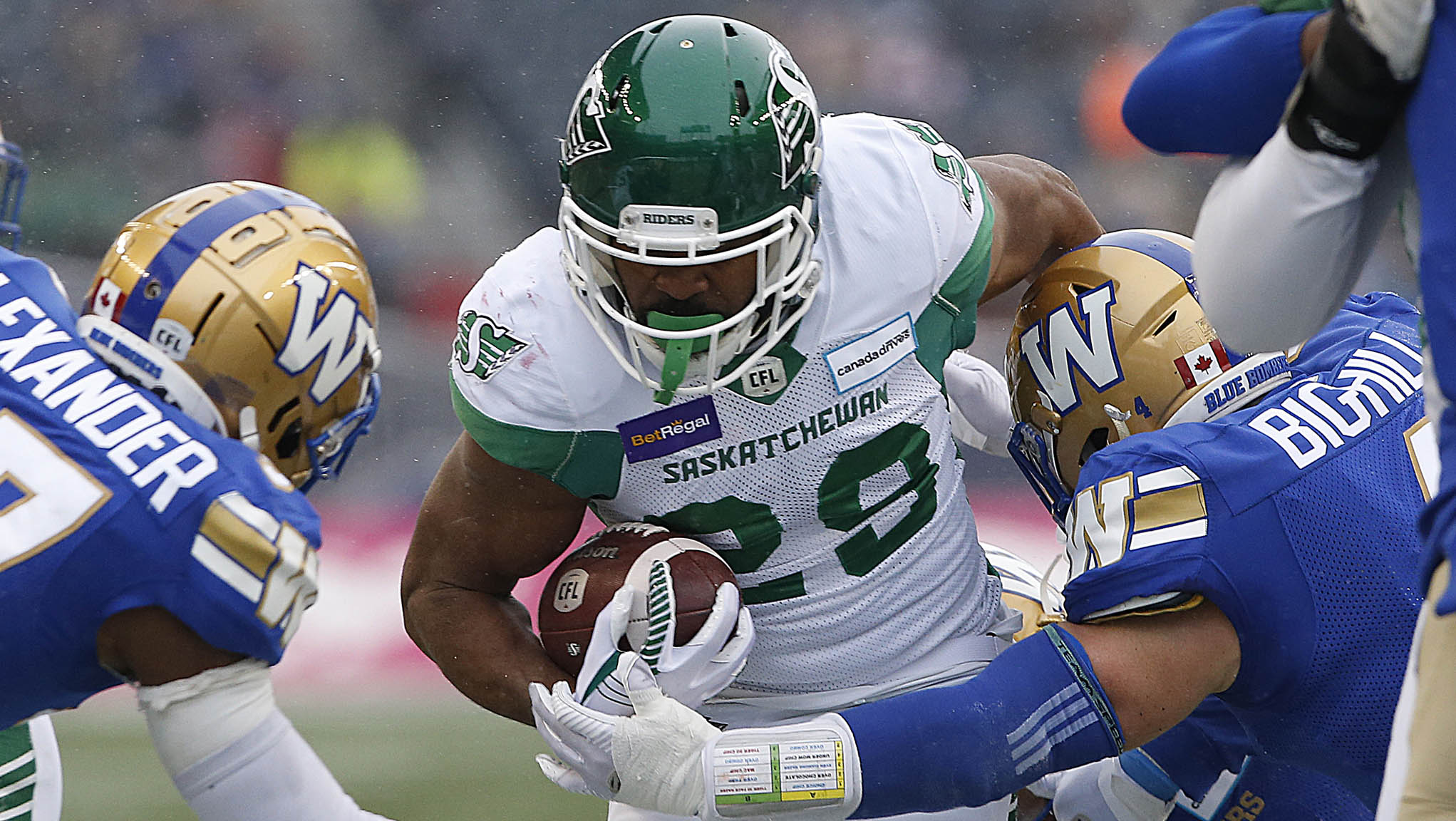 With hundreds of CFL free agents on the board each year and so many quality players up for grabs, it’s easy to forget that certain moves hold more weight than others.

For this piece I zeroed in one what I believe will be the most impactful signings of the 2022 free agency period. While many big names you know appear this is not simply a list of the 10 biggest names to find a new home, rather — in no order — those I feel will create a significant positive effect on their teams success.

What do you do if you lose the CFL’s leading receiver for a reportedly huge contract to Edmonton? If you’re Bombers’ GM Kyle Walters you patiently let the market settle, trust your players of interest will respect the organization’s recent success and follow the plan of getting a top flight pass catcher like Greg Ellingson.

In 2021, Bombers’ QB Zach Collaros thrived on downfield passing, completing above league average in every target zone from 10-40 yards. After a down year in Edmonton, Ellingson is set to unleash a year to remember in a situation that feels tailor made for his strengths.

With Andrew Harris at the helm, Winnipeg consistently was amongst the league leaders in first down run percentage and with good reason. They got a lot of return on investment creating a balanced attack that was difficult to defend and allowed second-down maestro Zach Collaros to work his magic.

The Argonauts not only signed Harris Tuesday; they signed the style that identifies with him.

I’ll never forget when I first laid eyes on Steven Richardson. It was your classic ‘who is that guy’ moment that makes watching film so much fun. In a home game for his now former Bombers against Toronto — the same game fellow Lions stud Lucky Whitehead went crazy in returning punts and kickoffs for big gains — Richardson shot the gap on a toss play and pushed two Argos blockers five yards deep into the backfield before making a one handed tackle on James Wilder Jr.

He’s special and now he’s playing alongside Woody Baron, who in his own right has some special film.

With Dylan Wynn and Ted Laurent coming back there really isn’t a need for Micah Johnson in this group but why not, right?!

Johnson is as tough a defender to move as there is in the CFL these days, along with the likes of Montreal’s Almondo Sewell, new BC Lions’ tackles Richardson and Baron mentioned above and Micah’s new Hamilton teammate, Ted Laurent.

I see this becoming a situational rotation with Ticats’ defensive coordinator Mark Washington figuring out the perfect way to balance Hamilton’s defensive line advantage to maximize quarterback pressure and tackles for loss.

I could sit here and lean on the past to tell you how great William Powell was for Ottawa in his first go-round with the team, but I’d rather focus on more recent history. In 2021 Powell took the second-highest percentage of team carries, just a sliver behind Calgary’s Ka’Deem Carey.

2021 In Ottawa saw three backs split time, with Timothy Flanders being the name you remember most, but the ground attack was insignificant and lacked any rhythm. With a seriously upgraded offensive line and a veteran runner ready to rock TD Place, the REDBLACKS and head coach Paul LaPolice will be one of the more interesting studies come June.

In losing Ed Gainey and Micah Johnson, the Roughriders decided to move on from experience and interior physicality.

By adding this duo of linebackers from Alberta, Saskatchewan added athleticism and a defence that — depending on other pieces fitting in correctly — feels more complete at all three levels. As mentioned below with BC’s defensive backfield, I’m not sure where Larry Dean fits into this equation and if there is room for all three Riders to get their tackling opportunities, but I can’t wait to see it play out.

It was a shame to see Brandin Dandridge leave for the NFL so soon after his star turn in Ottawa’s difficult 2021 season, but it created an opening in free agency that Ottawa absolutely had to address.

Say no more. In Money Hunter, the REDBLACKS got a top tier corner with CFL experience that will allow the Ottawa defence to be trusting on the back end and more aggressive up front.

Offensive coordinator Stephen McAdoo is going to run the ball and James Wilder Jr. is going to have a lot of chances to show he can still ball with the young bucks like Ka’Deem Carey, Don Jackson and the rest.

In adding Korte, the Elks brought a franchise cornerstone player home while adding some youth and athleticism, which could open up the running game playbook with Korte’s skill set allowing more imagination than just inside zone handoffs.

With both T.J. Lee and Garry Peters staying with the Lions after an above average year working together in the BC boundary, I put Breaux on this list purely out of curiosity for where defensive coordinator Ryan Phillips will play all his new talent.

Breaux is of course the most natural fit at boundary corner, a spot he dominated for Hamilton over the last decade. If he bounces Peters from that spot where will he land? Or could Lee be a better fit to move field side while BC plays two corner types together?

The options are intriguing, but Breaux’s ability to impact the game with his length and trained eyes is unquestioned.

Through the Eastern playoffs — and perhaps all playoffs — there was no better player on the CFL field than Ja’Gared Davis. His repertoire of pass rush moves came to life through the snow against Montreal and Toronto helping Hamilton to their second straight Grey Cup appearance and the fifth straight of JG’s career!

In prioritizing Davis, the Argos simultaneously hurt the rival Ticats and added singular presence to their pass rush, a marked shift away from mass rotations and constant depth chart shuffling seen in 2021.