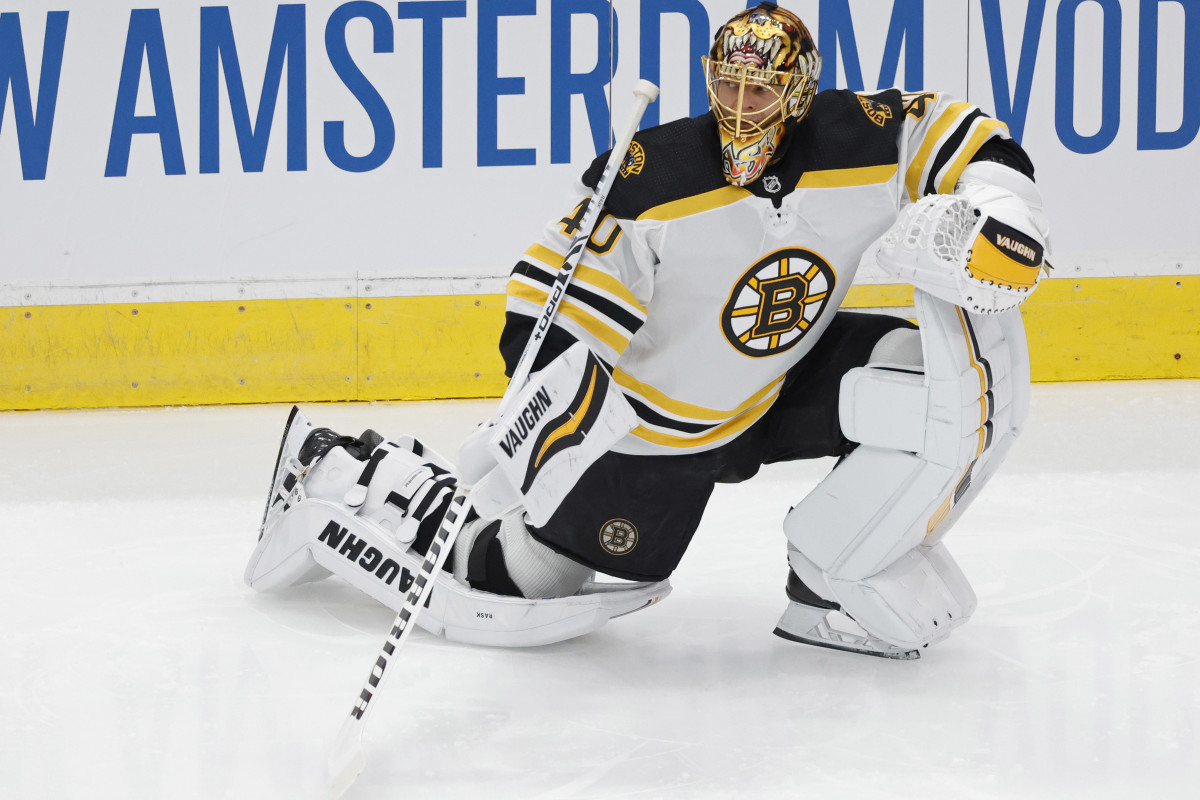 We should have seen this news coming last summer. The Boston Bruins obviously did.

Was an impending hip surgery about to end Tuukka Rask’s career? Not necessarily. Supposedly, he’d be ready by winter 2022 and get every opportunity to resume his role as the franchise’s longtime No. 1 netminder. But the four-year, $20-million contract Boston handed to Linus Ullmark on Day 1 of 2021 unrestricted free agency suggested a lack of confidence in Rask’s ability to recover. The Bruins were set to roll with a crease tandem of Ullmark and promising youngster Jeremy Swayman, and the experiment worked fine in roughly half a season. The two have combined for a .913 save percentage, a particularly respectable number in 2021-22, with league-wide goals per game at their highest mark since 2005-06 and save percentage at .909, the NHL’s second-lowest rate in the past 13 seasons.

Since the rookie Swayman was waiver exempt, the Bruins still had the luxury of giving Rask the net back on a one-year deal once he recovered from the surgery, but the Ullmark safety net was there for a reason. Rask made it through just four starts, posting an .844 save percentage, and emerged from the all-star break unable to play or practice. He sustained some kind of setback relating to his hip and, on Tuesday night, The Athletic’s Fluto Shinzawa reported that “The Bruins are not expecting Tuukka Rask to continue his comeback, according to two sources familiar with the situation,” and that “He may finalize his retirement decision in the next few days.”

So Rask, 34, appears to have reached the end at an age when many goaltenders have multiple good seasons left. He’ll undoubtedly be remembered among the greatest goaltenders in Bruins history, and considered the best by many. He’s the franchise’s all-time leader in games, wins, saves, and goals saved above average.

He was easily on a Hall-of-Fame career trajectory and would’ve cruised to an induction with a few more seasons played. But would a disappointingly early retirement put Rask’s Hall call in doubt?

Detractors might point to the fact Rask didn’t really win a Stanley Cup in his career. He was a Bruin when they won in 2010-11 but rode the bench while Tim Thomas delivered one of the best wire-to-wire seasons by a goaltender in hockey history, taking the Vezina Trophy and the Conn Smythe Trophy. Rask backstopped Boston to the final in 2012-13 and 2018-19 and was excellent during both runs but ended up on the losing side both times. He owns one Vezina Trophy, one first-team all-star selection and one second-team nod.

But the anti-Rask thinkers’ argument probably ends there. A deeper look suggests he’s one of the greatest goalies of his generation. His .9210 career SP ranks him fourth all time, inches behind Dominik Hasek (.9223), Johnny Bower (.9219) and Ken Dryden (.9215). Had Rask played to his normal standard this season, he would’ve had a shot at finishing first all-time. His .9252 playoff SP ranks him ninth all-time – but first among goalies with 100 or more post-season appearances. His 308 regular-season victories place him a modest 33rd all-time but, he easily would cracked the top 20 if he played a few more seasons.

Rask stands out most when juxtaposed with his peers. If we track the 12-season period from when he became an NHL regular in 2009-10 through the end of 2020-21, he had the best SP in the league among the 49 goalies who started at least 200 NHL games over that span. No one stopped pucks at a higher rate than Rask during his career. And what stat matters more than that for a goaltender? He also recorded the third-most shutouts and sixth-most wins over that span.

One unofficial way I like to define a Hall-worthy player is: were they among the five best players at their position for a period of at least five years at their peak? The answer is unequivocally yes for Rask, who never posted an SP lower than .912. The man’s worst season was still pretty good.

Rask deserves to be mentioned along with Henrik Lundqvist, Roberto Luongo, Marc-Andre Fleury and Carey Price as the best puck-stoppers of this generation. Even with a career that appears to be ending too early, Rask has earned a Hall call someday.