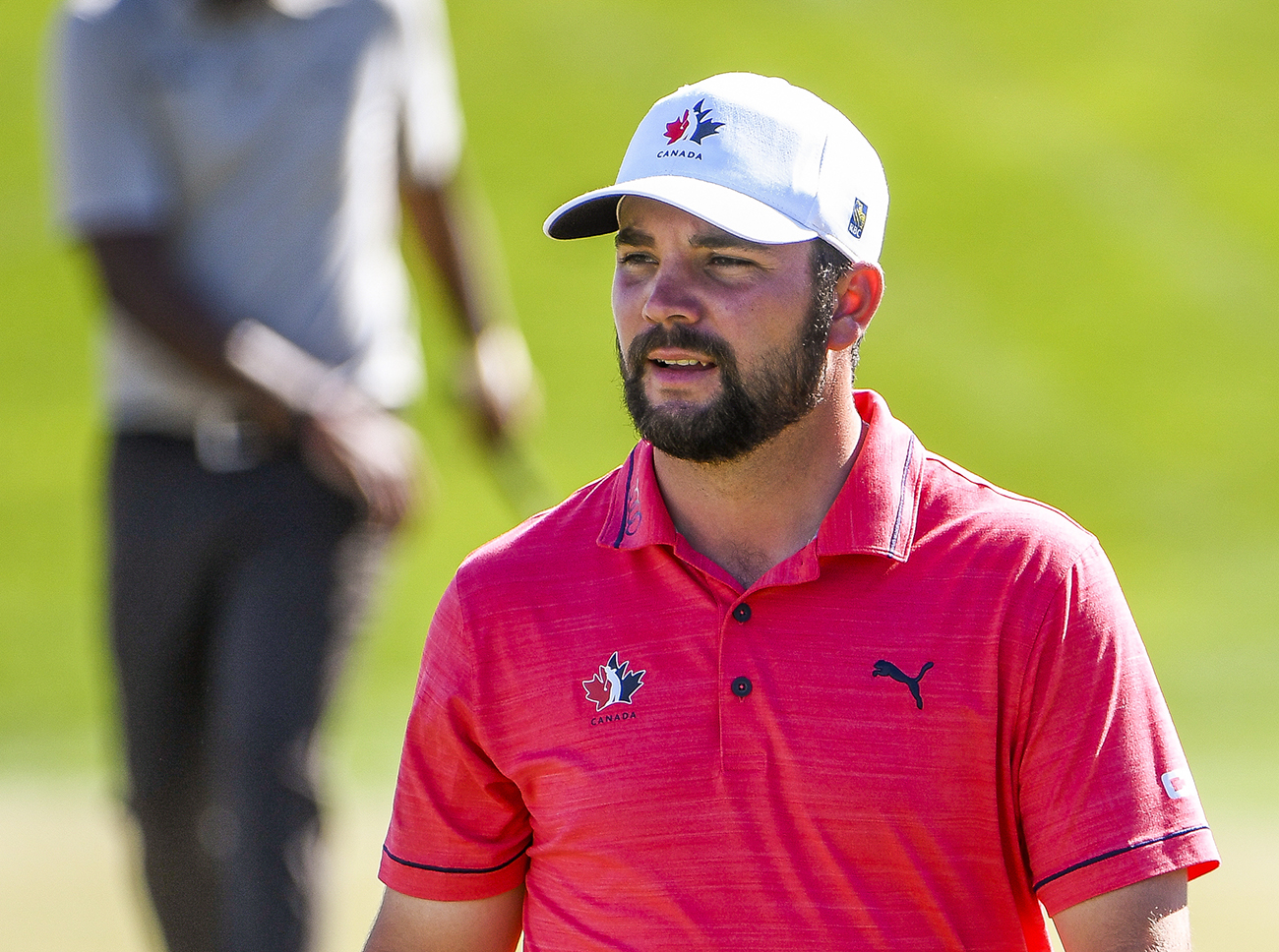 At first Étienne Papineau didn’t know if he should go up to Jordan Spieth and Justin Thomas to ask for a photograph. Hopefully it wasn’t going to be his only time sharing a locker room with some of golf’s superstars, he thought, but he worked up the courage, picked their brains a bit, and got the selfies.

Add it to the list of pinch-me moments for the Golf Canada National Team member who made his PGA Tour debut last week at the WM Phoenix Open.

“At first I didn’t know if I should,” said Papineau with a laugh, “but they were actually super nice.”

Both Thomas and Spieth congratulated Papineau on making his Tour debut and asked how things had gone so far.

It had been a nice stretch of golf for Papineau to that point, so he had much to celebrate. He shot 59 at another course in Arizona just two weeks prior and earned his way into the WM Phoenix Open field through the Monday Qualifier – his first-ever Monday effort for a tournament that wasn’t the RBC Canadian Open.

Papineau would go on to shoot 73-73 and miss the cut at 4-over. But he said he’ll take a ton of great learnings away from the week as he starts to put together a 2022 campaign.

“I was a little disappointed with missing the cut and overall not playing better around the green. But from tee to green, it was a really good week,” he said. “I gave myself a lot of great opportunities on the greens but unfortunately I wasn’t able to capitalize on them.

That particular PGA Tour event happens to be the rowdiest of any on the schedule, with upwards of a quarter-million fans on site through the week. Spectators on TPC Scottsdale’s par-3 16th (some 17,000 on Friday and Saturday) bared witness to two holes-in-one on the weekend and showered the green with beer.

Papineau nearly made a birdie on 16 in the first round – once he hit the green with his tee shot the crowd went nuts and he lifted his arms in the air to get them hyped up even more – but he three-putted No.16 in his second round.

“I got booed a lot, but I just laughed,” he said. “It was still awesome. It was not the right place to make a three putt, but even though I got booed, it was fun.”

The native of St-Jean-Sur-Richelieu, Que. admitted he was trying to navigate some serious nerves prior to teeing off Thursday. He was warming up on the driving range prior to his opening round and he said he had his caddie – fellow Golf Canada team member Chris Crisologo – try to calm him down.

“But once I stepped on the tee and they announced my name it was time to play. I was a little nervous then, but a great feeling,” said Papineau.

Papineau played the first two rounds with Sahith Theegala, who was in the field on a Sponsor Exemption. Theegala would end up playing in the penultimate group on Sunday and finished just one shot out of a playoff (the tournament was eventually won by Scottie Scheffler). Papineau said the second round, with Theegala leading, lots of people were out following them. The crowd was “going nuts” as Theegala climbed the leaderboard.

Despite the missed cut, Papineau stuck around TPC Scottsdale for the weekend and actually cheered for Theegala on Sunday in person. Papineau walked around the course and popped his head back into the locker room on Saturday before spending all of Sunday with his dad and three friends in a hospitality area near the 17th green – with tickets courtesy the PGA Tour.

As far as what’s next for Papineau, he said he’d be returning to Montreal for two weeks to see his family and girlfriend. Papineau’s sister just gave birth to a daughter, he said, so he’s especially excited to see his new niece. Afterwards he plans to return to the U.S. to prepare for PGA Tour Canada Q-School in March and is keen to parlay his WM Phoenix Open appearance into a few Sponsor Exemptions on PGA Tour Latinoamerica, where he has conditional status. “It’s kind of back to normal,” said Papineau, “but hopefully I’ll keep playing some good golf like the last month and keep things rolling.”