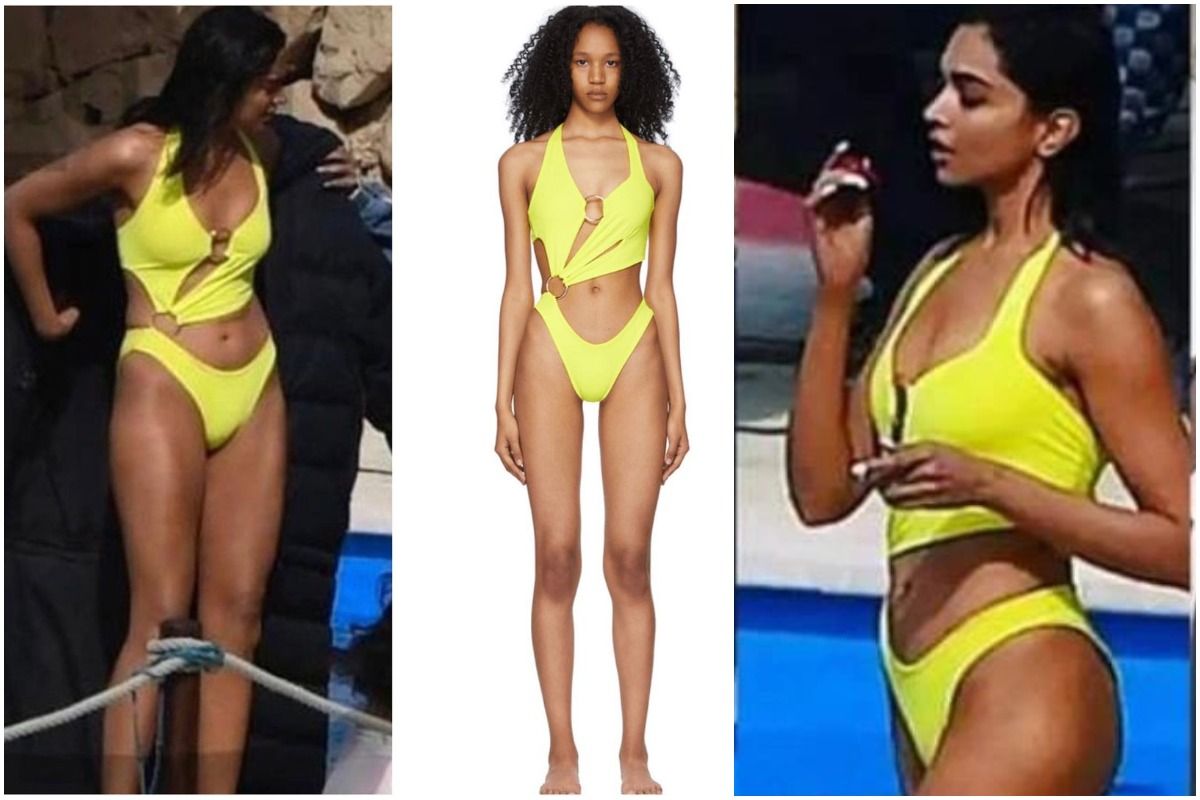 Deepika Padukone’s neon bikini price details: Actor Deepika Padukone was recently spotted wearing a neon swimsuit on the sets of her upcoming film Pathaan in Spain. The pictures of the actor donning a bright coloured monokini with striking cut-outs and a gold ring in the middle went viral on the internet. While the fans got a glimpse of how bold her character is going to be in the film, the fashion critics took note of her stylish picks for the film.Also Read – Want to Know The Secret Behind Deepika Padukone’s Glowing Skin? Read on

The neon bikini/ swimsuit that Deepika wore on the sets of Pathaan in Spain is from the designer label Louisa Ballou that’s popular for its topical prints and easy-breezy clothing line. That bright monokini is available on the designer’s website for buying and is priced at $350 which comes close to around 26 thousand, five hundred and eighty-one rupees. Also Read – After Neon Bikini, Deepika Padukone’s Photos in Black Bikini From Pathaan Sets in Spain go Viral

Deepika has a perfectly toned athletic body and she never shies away from flaunting that fit look whether on-screen or off-screen. The actor looks stunning in her other pictures from the Pathaan sets as well. After this neon look, she also shot for a few scenes wearing a black printed bikini set with a sarong. Deepika teamed up her black bikini look with long earrings and bold makeup. Check her pictures in a black bikini look here: Also Read – Shah Rukh Khan is Back! King Khan, Deepika Padukone, John Abraham Share Pathaan’s Release Date in Teaser-Watch

Deepika is joined by Shah Rukh Khan and John Abraham in Pathaan. The film is being directed by Siddharth Anand and produced by Yash Raj Films (YRF). It also marks SRK’s return to the big screen after the hiatus of five years. Pathaan is expected to hit the screens on January 25 next year. Watch this space for all the latest updates on Pathaan!