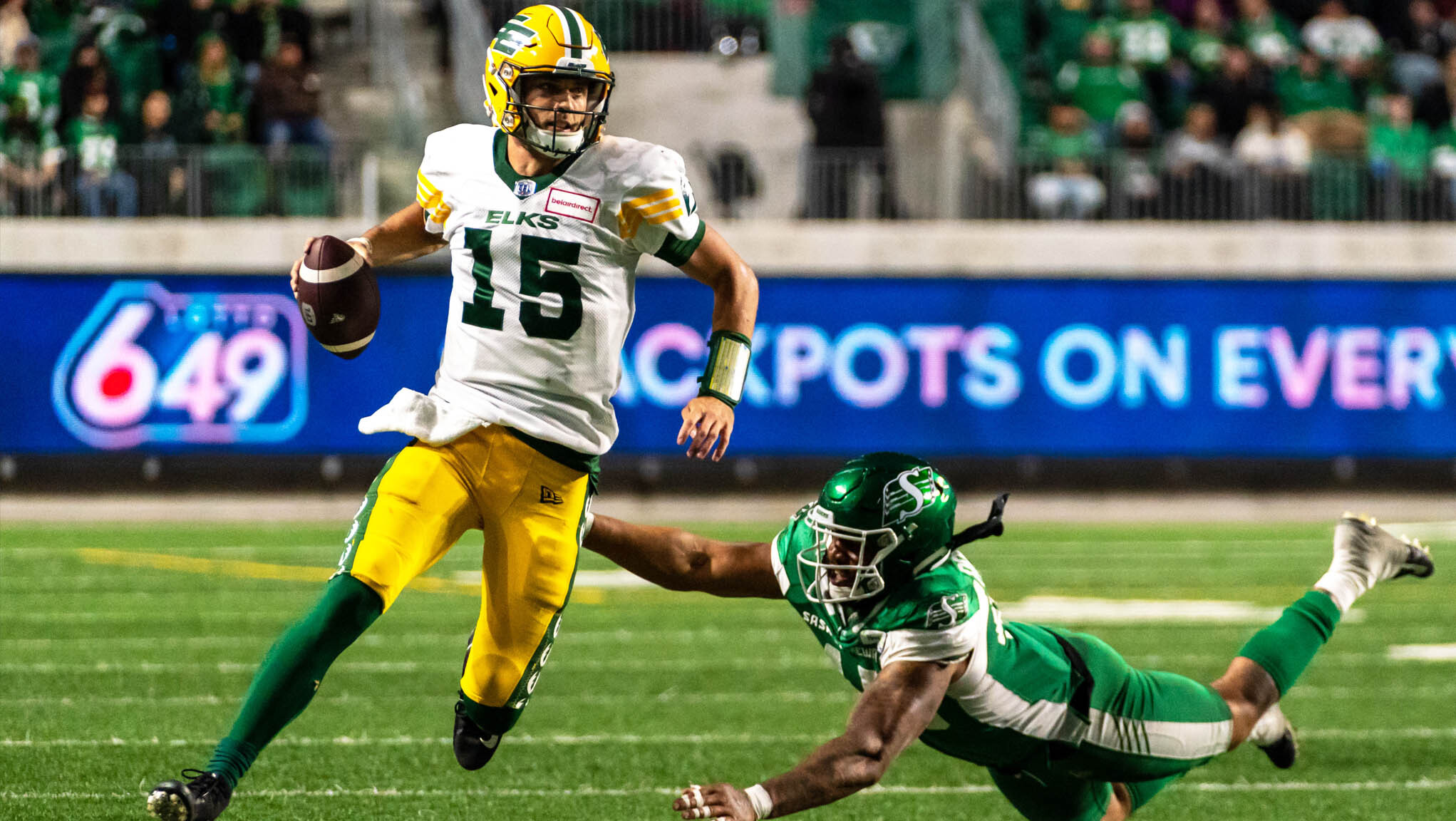 REGINA — Fresh off of an emotional win that had his team celebrating on the sidelines, Taylor Cornelius was already looking ahead.

The Edmonton Elks’ quarterback led his team with 330 yards of total offence and two touchdowns for his first career win against the Saskatchewan Roughriders. Edmonton’s 26-24 win over Saskatchewan was the team’s first at Mosaic Stadium since 2015.

While Cornelius and the offence moved the ball well, it was the Edmonton defence that registered eight sacks on the night, with seven different players getting into the Riders’ backfield.

After the game in an interview with TSN’s Brit Dort, the Elks’ quarterback talked about the team’s playoff chances after getting the win.

“That’s huge, going into a bye week getting this win,” said Cornelius. “We still got a chance and that’s all we’re going to ask for.”

A large part of the Elks’ win was the ground game, which saw a combined 202 yards, including Cornelius’ career high 93.

“It just happened naturally,” said the second-year quarterback. “A lot of man (defence) out there providing lanes to get out and run and guys making plays downfield.”

As the Elks look to secure their future in the playoffs down the stretch this season, Cornelius has recently locked in his future with the club signing a two-year extension earlier this week.

“It’s awesome knowing that they have the faith in me to extend me like that,” said Cornelius. “It’s an honour and a blessing to be able to play for this organization and all the tradition that they have.”

Edmonton heads on a bye next week before returning to face Montreal in Week 17, while Saskatchewan will come off their Week 16 bye and face the Winnipeg Blue Bombers.