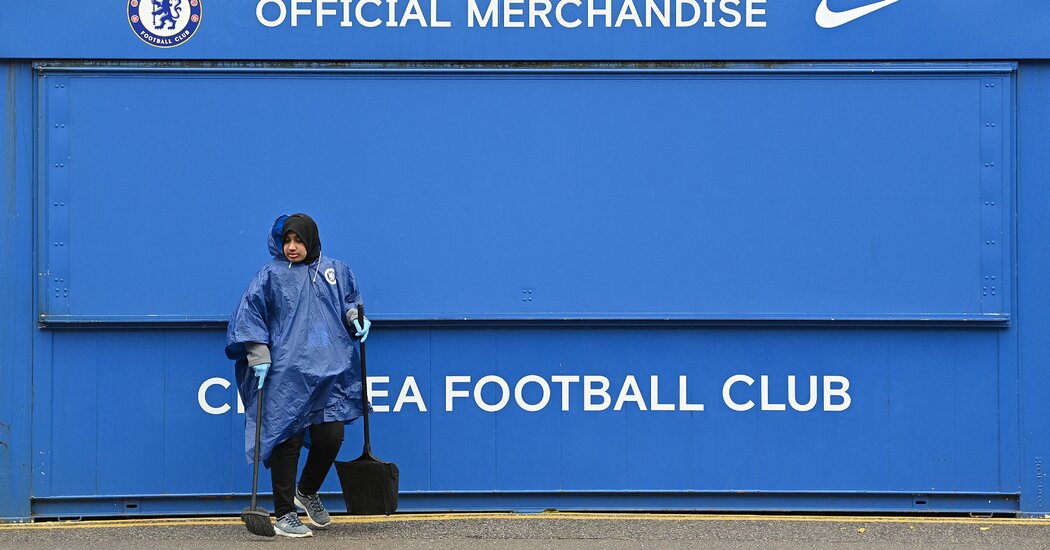 On Sunday, the only merchandise available to fans was provided by hawkers outside the stadium grounds. Inside the arena, some bars and restaurants were available only to fans who had paid for hospitality before the government imposed its sanctions last week on Abramovich as punishment for his ties to the Kremlin and Russia’s invasion of Ukraine.

The Premier League, meanwhile, was facing its own hard questions. Among them: How could a figure like Abramovich — whose links to Russia’s president, Vladimir V. Putin, were hardly a secret — be allowed to enjoy the trappings of fame and popularity associated with owning one of its clubs, a rare sporting asset of global significance, for so long?

Sunday’s guest, Newcastle United, arrived with its own baggage. Only a few months ago, the Premier League had approved the sale of Newcastle — over the opposition of human rights groups — to a group led by Saudi Arabia’s sovereign wealth fund. In the months since, the volume of questions about Saudi human rights abuses and its own war against a neighbor has grown only louder.

From a Premier League perspective, then, the timing of the Chelsea-Newcastle matchup — a collision of its two most pressing public relations concerns — could not have been worse. On Saturday, the league, which had allowed arms dealers and human rights abusers to own teams, disqualified an owner for the first time, ruling that Abramovich — despite his 19 years as an owner — no longer had the right to serve as a club director. On the same day, Saudi Arabia confirmed that it had put to death 81 people, the kingdom’s largest mass execution in years.

Among the thousands who had turned up to see their favorite teams, though, there was little talk of sanctions and death sentences. Newcastle had fans dancing in the streets in October to celebrate the sale to Saudi Arabian interests, hoping the kingdom’s wealth could quickly push the club back up the standings alongside rivals like Chelsea. On Sunday, a few of their number strolled into Stamford Bridge taunting their rivals and singing, “We’re richer than you.”

After the match, Newcastle’s manager, Eddie Howe, shut down any questions related to his ownership’s human rights record, including the executions on Saturday and Saudi Arabia’s ongoing war in neighboring Yemen. Likewise, Chelsea’s Thomas Tuchel did his best to steer away from politics. Comparing Newcastle and Chelsea, he said, would not change the situation Chelsea finds itself in. “I don’t want to point the finger,” he said.

Yet even as the British government said oligarchs like Abramovich had “the blood of the Ukrainian people on their hands,” Chelsea’s fans continued to be fiercely loyal to the man that pushed them to the top of world soccer.