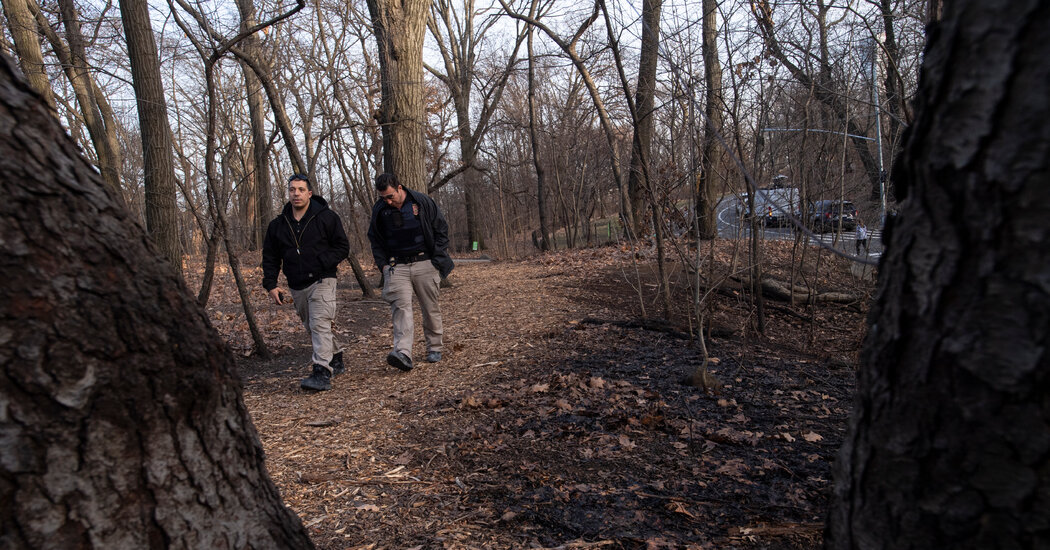 A series of brush and trash fires in a wooded area of Central Park that blanketed the Manhattan sky with thick smoke Tuesday appeared to have been deliberately set, officials said.

Firefighters responded to a call about “numerous fires” at the park’s north end, in the 40-acre North Woods section near 110th Street, at around 1:30 p.m., officials said. The fires were extinguished by 3 p.m. without injuries or damage to structures, officials said.

“We’re going to take the approach that they were intentionally set,” Jim Long, a Fire Department spokesman, said, as marshals began their investigation into how the blazes started.

Chris LaCass, who lives across from where the fire broke out, said he happened to look out the window around 1:15 p.m. and saw plumes of smoke. He called 911 and then recorded a video that he posted on Instagram.

He said he could see flames and smoke coming from several points in the park as the wind picked up.

“The plumes were quite spread out,” Mr. LaCass, 49, said in a phone interview. “It wasn’t just in one area.”

Firefighters had responded earlier in the day, at around 7 a.m., to the same area, for a call about a trash fire. That blaze was extinguished without incident as well. Investigators were examining whether it was related to the fires later in the day.

The North Woods is the largest of Central Park’s three woodland landscapes, according to the Central Park Conservancy website. It is a popular area for wandering and bird watching.

A spokeswoman for the conservancy, the nonprofit group that manages the park, said that staff members found that the fires had caused “no significant damage.” Ground cover and natural mulch, including leaves, were burned, and there was “some charring of shrubbery,” but it was not expected to be permanent, she said. No trees were damaged.

Mr. LaCass said he was familiar with the path in the part of the park where the fires broke out, and he assumed that someone had walked along it and set them. He said he believed it was an intentional act, in part because he had never seen a fire in the park before.

“My feeling is it’s very sad to see the many ways that people are acting out in the city,” he said.