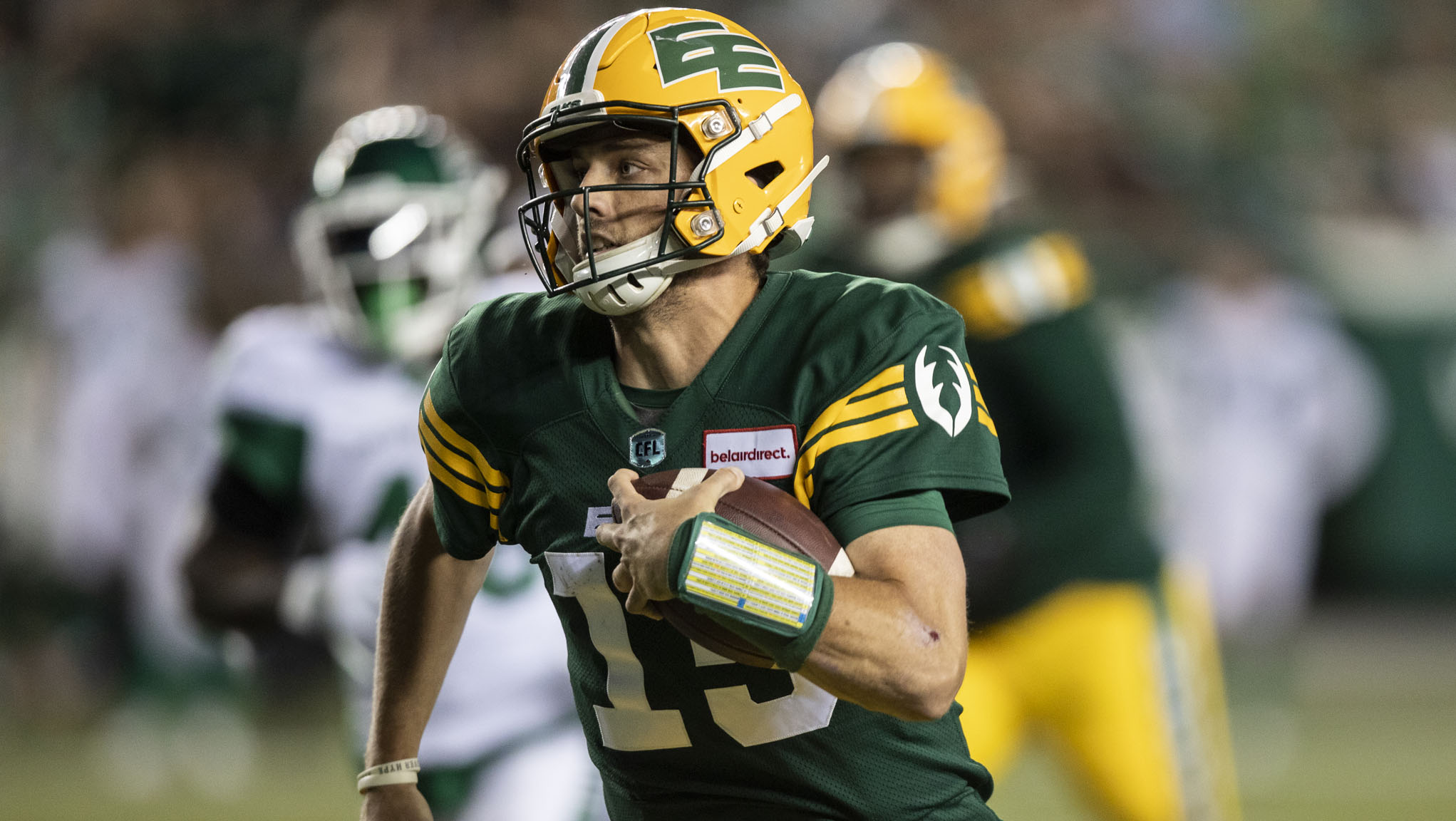 Are you or anyone you know a football hipster? The kind of person who will explain why Damon Allen is clearly the greatest CFL player of all time, they constantly wear an Ottawa Renegades jersey and will explain why the punter is the second most important player on any football roster.

If you’re at all a die-hard fan you have at least a bit of football hipster in you. It’s all right to embrace that side of you as long as you don’t let it flare out too often and spend hours at a party explaining why Don Narcisse was the best receiver of the 1990s.

The Edmonton Elks-Ottawa REDBLACKS game that kicks off Week 11 is the quintessential football hipster game. Neither team is having a great 2022 yet there are plenty of stories and stars to keep you entertained. I understand how this contest could scare off the casual fan. This is the battle of the CFL Power Ranking basement dwellers. For those fans, give me a moment, I’m confident I can sway you.

You know that famous band that you saw before they made it big? That group that you brag about to your friends that you discovered before they became mainstream? For me it was Arcade Fire in 2004. That could easily be Edmonton’s Taylor Cornelius. Last week’s game, a 34-23 loss to the Saskatchewan Roughriders is a perfect example of both the work that needs to be done in his growth as a quarterback and all the potential that’s there.

The obvious negative are the turnovers. Cornelius has 17 interceptions compared to 11 touchdowns for his career. This flaw was never more evident than his game-sealing interception to Rolan Milligan with just over three minutes left and Edmonton trailing 28-23. Any chance for a comeback ended on that forced throw into a dangerous spot littered with Roughrider defenders. Yes, it was on second and long, so you must take chances, but it was the kind of play that loses games.

The other side is the athleticism he displayed rushing for 86 yards and two touchdowns. The first score was an up the gut called quarterback draw where he took on several defenders near the goal line. The second was a magnificent display of athleticism where he faked out Charleston Hughes as the pocket collapsed, then sprinted to his left beating several Roughriders for a diving, just over the pylon touchdown giving Edmonton a 17-14 lead. The play would have garnered more attention if not for Mario Alford‘s momentum stealing 98-yard kickoff return touchdown right before the half.

I will be honest, I underestimated Cornelius’ scrambling ability; I blame it on his height. He’s six-foot-five, so my brain automatically goes to “pocket quarterback” and I project the image of a Ricky Ray- type player and not a Tracy Ham. Once I see a quarterback is over six-foot-two I just assume they aren’t going to be able to do much damage with their legs. Clearly, I have to re-think that belief.

Bigger picture, I’m curious to see just what sort of passer Cornelius can become under coach Chris Jones, who played a part in the early development of Michael Reilly, with the two winning the 2015 Grey Cup. Before anyone gets angry, NO I am not comparing Cornelius with Reilly, but both have similar builds and Cornelius’ productive collegiate career points to a quarterback with a high ceiling.

As someone fortunate enough to see their entire careers, from awkward first starts to CFL All-Star success of quarterbacks like Reilly and Ray I always keep a close eye on the next generation of young quarterbacks. I know the odds are stacked against them. It’s hard to be a consistent star in this league, but that’s what makes watching them in their youth so special. You appreciate their success more when you remember their beginnings.

Caleb Evans has had some ups and downs as the REDBLACKS’ starting quarterback. He’s looking to get the team its first at-home win of the season on Friday (Kevin Sousa/CFL.ca)

On the other side of the field, REDBLACKS’ quarterback Caleb Evans is also trying to find his way in this league. We’ve seen him being named one of the CFL Top Performers of the Week for what he did against the Toronto Argonauts in Week 8 then struggle mightily against the Calgary Stampeders defence five days later. Evans certainly is facing a high degree of difficulty thrust into the starting role with the injury to Jeremiah Masoli and is also battling with Nick Arbuckle for playing time. Like with Cornelius, Evans faces an uphill battle to find a permanent home in the CFL but I’m always here for the journey.

Getting away from the quarterback storyline for a moment this game will feature two of the game’s leading receivers in Jaelon Acklin (715 yards) and Kenny Lawler (622 yards). Before the dud against Calgary the Evans-to-Acklin connection had rung up three straight 100-plus-yard games with Acklin averaging over 20 yards a catch. Lawler had several circus catches against Saskatchewan but the key will be for Edmonton to find ways to get Lawler the ball throughout the game as he had only one reception in a second half that saw the Elks put up just six points.

I’m torn on who to root for in this one. I’d love to see Ottawa give their fans their first home win of the season. On the other side, a healthy win streak by Edmonton can only mean more Chris Jones in my life, which is always the content gift that just keeps on giving. In the end, the inner hipster football fan in me wants to see a back-and-forth affair with high end quarterback play. Who doesn’t want to say I was there when Player X took that first step to stardom?