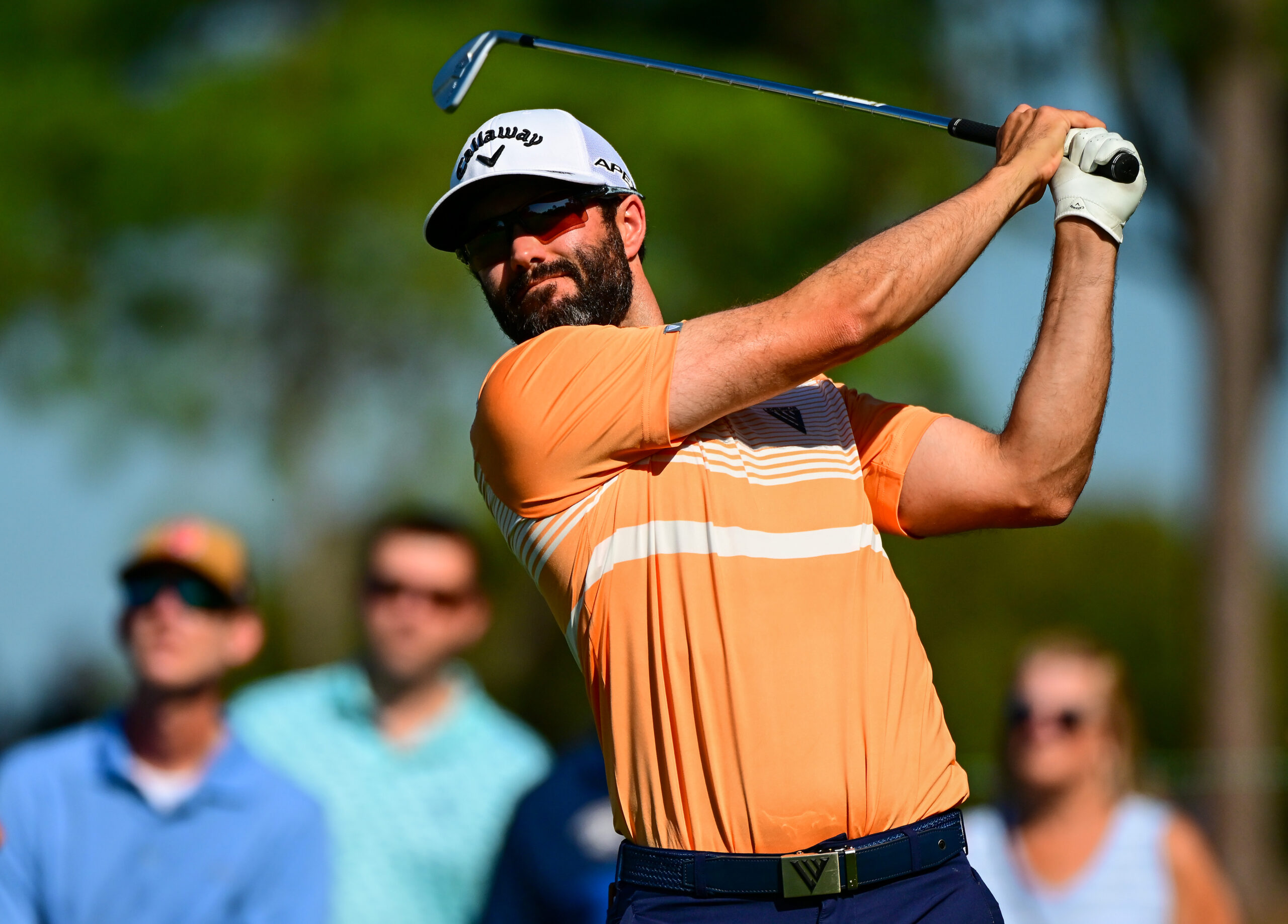 PALM HARBOR, Fla. (AP) – Two days around the Copperhead course has created very little stress for Canada’s Adam Hadwin, with his game and between the ears.

The 34-year-old from Abbotsford, B.C., has been patient about when to attack and relied on confidence in his putting stroke to pile up the birdies and one big par.

Hadwin, meanwhile, was out of position on the seventh hole in the right bunker when he made a 15-foot putt to escape with par. On the par-3 eighth, he made a 20-foot birdie and before long was on his way.

Scoring has been low all week after rain softened the course and the wind has been minimal. Even so, no one had posted better than 64 until NeSmith put together the round that was more than nine shots better than the average.

He had eagle putts on three of four par 5s, making an eight-footer on the par-5 14th. He shot 30 on the front nine, and his 18-foot birdie putt on his final hole at No. 9 burned the edge of the cup.

The 61 tied the course set by Padraig Harrington in 2012.

NeSmith was at 14-under 128, breaking by two shots the 36-hole record at the Valspar Championship that Sam Burns and Keegan Bradley set a year ago.

Hadwin, whose lone PGA Tour victory was five years ago at Innisbrook, had a 66.

Burns remained in the hunt in the title defense of his first PGA Tour victory. He recovered from a rugged start to post a 67 and was three shots behind with Scott Stallings (66).

Justin Thomas was four behind.

NeSmith only missed one fairway and two greens, and the only stress he was under came on the par-4 second hole, his 11th of the day, when he had to make an eight-foot par putt to avoid a three-putt from 50 feet.

His bonus came two holes later by making a 40-footer on the par-3 fourth.

Thomas was right alongside Hadwin most of the morning, running off four birdies in a five-hole stretch along the back nine. He took care of both par 5s on the front nine and was at 12 under when he attempted one shot he would like to have back.

Blocked by a tree in the rough, Thomas thought he could get enough spin on his ball to hook it toward the green with a 52-degree wedge. It just didn’t work out that way. He missed well to the right by some 30 yards, put it into a bunker between him and the green and took double bogey.

He had to settle for another 66, a good effort over 36 holes, and a reminder to not take on too much, especially in the early rounds.

“I should have just tried to hit it in the front bunker and it was a pretty easy up-and-down,” Thomas said. “As soft as the greens are, I was like, `If I can get this thing turning and landing around there, I can actually had a putt at this.’ As good as I felt with my putter, I felt like if I got it on the green, I could make a 3. But it wasn’t necessary. It just didn’t really need to happen.”

Nick Taylor of Abbotsford, B.C., and Adam Svensson of Surrey, B.C., finished the day in a group tied for 49th, Roger Sloan of Merritt, B.C., was tied for 73rd, and Mackenzie Hughes of Dundas, Ont., was tied for 83rd.