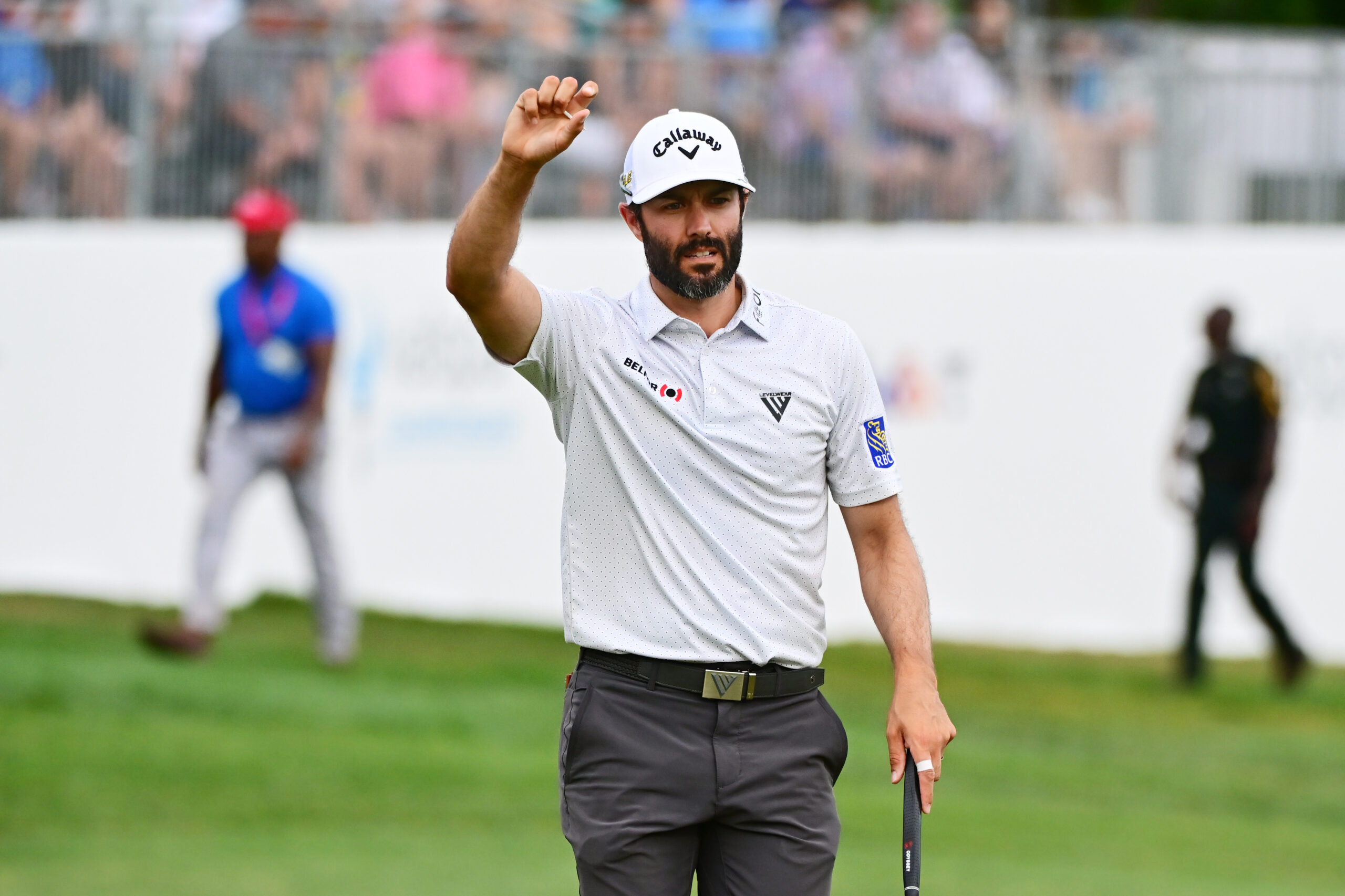 PALM HARBOR, Fla. – Davis Riley was expecting a big stage Saturday in his rookie year on the PGA Tour. He was playing with fellow Alabama alum and close friend Justin Thomas, both of them in the mix on the weekend in the Valspar Championship.

Indeed, they had the largest gallery at Innisbrook. Most of the cheers were for Riley.

Riley made three birdies from tough spots to close out the front nine, and then rode the cheers of “Roll Tide” until he had a 9-under 62, a tournament scoring record and a two-shot lead over Matthew NeSmith going into the final round.

“Super exciting,” Riley said. “Just beginning of the day I was excited to play with Justin. He’s a good friend of mine. We’ve kept in touch. And obviously he’s a one of the best players in the world. Playing with him was really fun.”

Canada’s Adam Hadwin, who won at Innisbrook five years ago for his only PGA Tour title, shot 70 and was at 13-under 200. He had three birdies and two bogeys.

The 34-year-old from Abbotsford, B.C., was second entering weekend play after rounds of 64 and 66. His 70 dropped him into fifth place.

After judging the distance perfectly out of the rough for a 5-foot birdie on No. 6, Riley was in rough left of the seventh fairway with a tree blocking his path to the green. He used a 7-iron for a chip-and-run from 135 yards, the ball rolling the last 60 yards and up a narrow ramp to the green to 10 feet for birdie.

From the upslope of the bunker in front of the ninth green, 70 feet away, Riley blasted it hard and watched it bang into the cup on the fly for another birdie.

“It was really impressive,” Thomas said. “It’s a big moment for a rookie _ anybody – and he handled it like a rock star and made 9 under look very, very easy.”

Thomas did his part with a third straight 66, which any other year would have set the 54-hole scoring record at the Valspar Championship. Just not this one after Riley’s performance.

Riley was at 18-under 195, breaking by four the tournament record last set a year ago by Sam Burns, who remains very much in the mix to win back-to-back.

NeSmith, who set the 36-hole record and led by four shots when he made the turn, made his first bogey of the week at No. 10 and then made three more. He sprinkled in enough birdies and a solid par save on the 18th for a 69.

Riley and NeSmith will be in the final group Sunday.

“This is what I’ve dreamed of as a little kid, coming out here and playing in the final group,” NeSmith said. “On the PGA Tour the final group is the coolest thing in the world, and to have that opportunity and to play well was great. And I just tried to enjoy the walk. It’s hard. It’s obviously very hard. But I did a good job.

Thomas and Burns (67) were three shots behind and have the experience of winning.

Thomas is now 14 under for the three rounds on the back nine alone. He needs a better start on Sunday, but has few complaints about his game.

“Didn’t feel like a great round playing with Davis,” he said. “But yeah, it was a solid day and put myself in a good position for tomorrow.”

NeSmith had reason to wonder what happened. He did everything right, with birdies on the par 5s, at 15-foot birdie putt on No. 7 and an 8-foot birdie on the ninth to reach 18 under.

But he began showing a few cracks in his iron game, going into a bunker on the 10th, long on a pair of the par 3s and hitting a poor chip that led to bogey on the 16th.

Even so, he was right there with a chance to win for the first time and earn a trip to the Masters, where his dad used to work as a part-time caddie.

The Copperhead course played slightly tougher with the strongest breeze of the week on the tree-lined property. Even three days of sunshine couldn’t make the greens too firm, and players still took aim and scored low. The average score was 69.7.

Xander Schauffele had a 68 and was in the large group at 11-under 202, all of them likely too far behind to make up that kind of ground.b