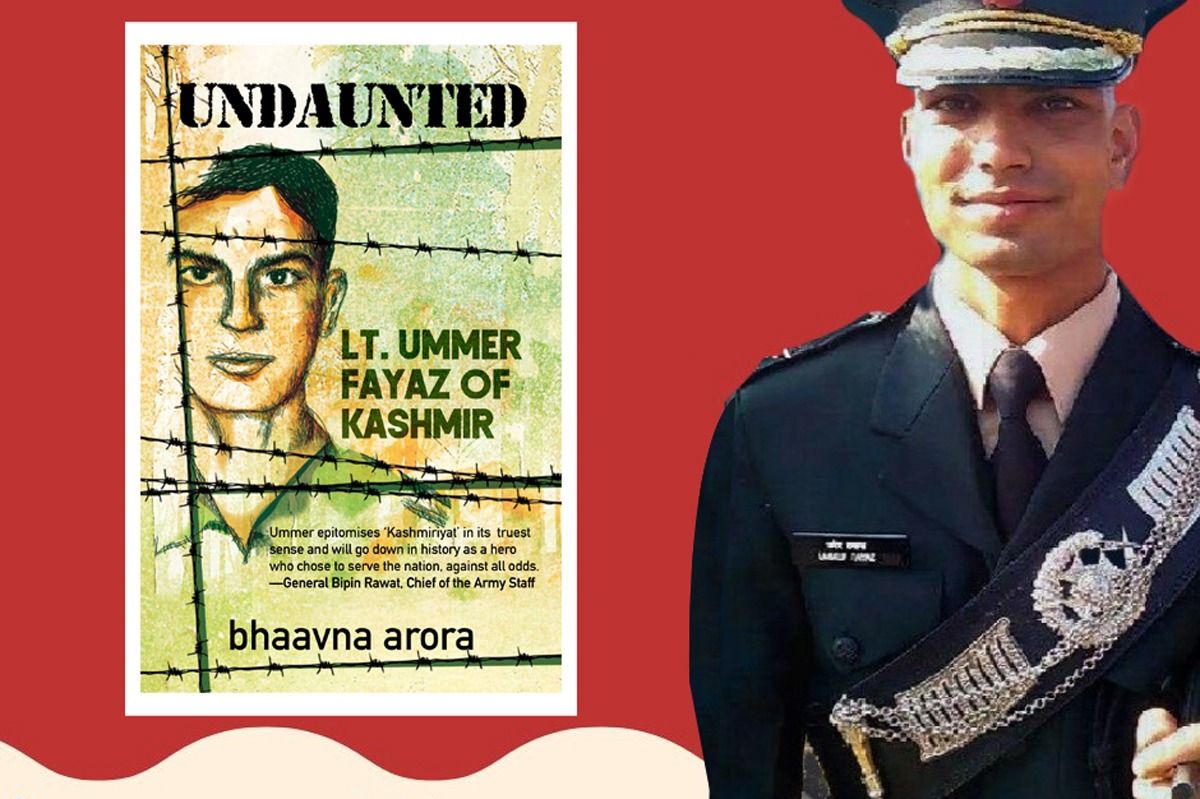 Bhaavna Arora and Jay Shewakramani Exited About Their Collaboration!

Speaking about the recent development Bhaavna said there couldn’t be anyone better than Shewakramani for the cinematic adaptation. The author said, “Jay Shewakramani is as versatile as a producer as I am as an author. I am really looking forward to watching Lt Ummer Fayaz come alive on screen!” According to Shewakramani after reading Undaunted he made up his mind for the big screen adaptation under his banner Northern Lights Films. He said, “The journey of hero Lt Ummer Fayaz is so inspiring that everyone needs to hear it and experience it. I am more than excited and proud to start working on Bhaavna Arora’s book.” Also Read – British Government’s Plan to Sell TV’s Channel 4 Draws Criticism

Another Magnum Opus On Kashmir After The Kashmir Files & Shershaah

Lt Fayaz set an example for fellow Kashmiris to break the cycle of violence with his short-lived tenure in the Army. He went against his family’s will who was not supportive of his decision to join the Indian Army. Determined to serve in the armed forces Fayaz used to say, “I will change my Kashmir, I will make it heaven on earth again”. Recently filmmaker Vivek Agnihotri’s The Kashmir Files based on the 1990 genocide of Kashmiri Pandits did huge business at the box office. Actor Siddharth Malhotra starrer Shershaah based on the life of Kargil war hero Captain Vikram Batra also dealt with the issue of terrorism and infiltration in Kashmir. Also Read – IPL Media Rights Auction: Apple, Netflix And Facebook Likely To Compete With Amazon, Disney, Zee-Sony For Rs 50,000 Crore Bid

Shewakramani’s Another Book Adpatation For OTT!

Shewakramani has earlier helmed films like Jawaani Jaaneman and Malang. He is currently producing Freddy featuring Kartik Aaryan as the lead protagonist. The producer is all geared up for another book adaptation The Devotion of Suspect X by Keigo Higashino. The film starring Kareena Kapoor Khan, Jaideep Ahlawat and Vijay Varma in stellar roles will be streaming on Netflix. In March 2022 Kareena had shared a video from the script reading sessions on her Instagram handle. Watch video posted by Kareena:

Watch out this space for more updates.