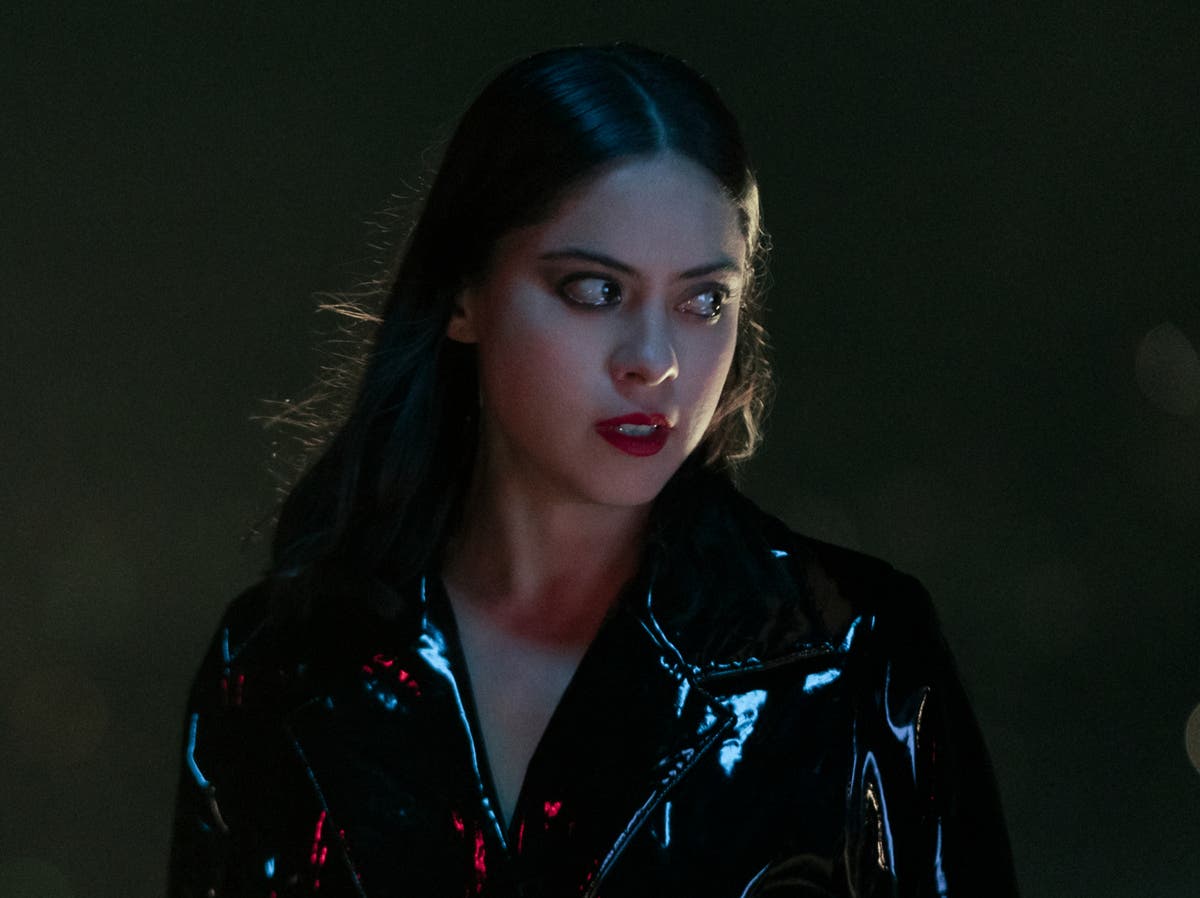 Brand New Cherry Flavor, an American horror series that arrived on Netflix last summer, is causing quite the storm on social media this week.

While it landed on the platform on 14 August 2021, in recent days TikTok users have been challenging each other to record their “blind reactions” to one of the show’s most bizarre scenes.

The show follows a filmmaker called Lisa (Rosa Salazar), who moves to Hollywood. There, she meets producer-director Lou (Eric Lange), who promises to help her succeed in the movie business.

Lou turns out to be a bad guy, so naturally Lisa hires a witch (Catherine Keener) to curse him. But the curse has some strange side effects for Lisa, who begins vomiting newborn kittens. So far, so normal.

Things reach peak weirdness when, in episode four, Lisa gets a mysterious wound on her stomach that produces another kitten. She invites over her new lover, Roy (Jeff Ward), to hook up. In what is depicted as a sex scene, Roy strokes the space where the kitten emerged from, at one point sticking his entire hand in.

TikTok users watching the scene were shocked, with one calling it “messed up”. Another joked: “I’m suing.”

On Twitter, one viewer said they were “flabbergasted”, while a second wrote: “brand new cherry flavor is f****d up.”