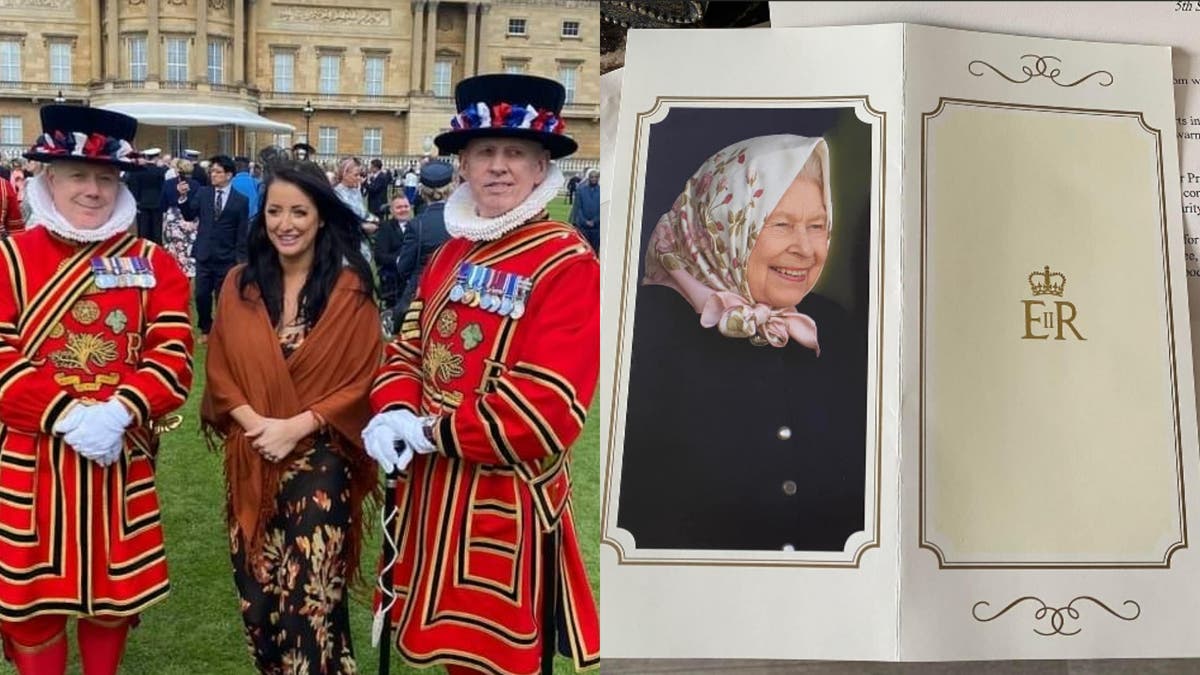 A brain tumour patient and beauty queen said she is “still in shock” after receiving one of the last letters from the Queen before her death.

Kerri Parker, 38, has raised more than £16,000 for UK-based medical charity Brain Tumour Research and wrote to the Queen to thank her after attending a Platinum Jubilee Garden Party at Buckingham Palace in July.

Ms Parker, who was crowned Ms Universe World International in Miami last month, said it “broke my heart a little” to receive a response from the monarch dated September 5, just three days before the Queen died at Balmoral Castle in Aberdeenshire.

“I just can’t believe it – my name and what I’ve done for Brain Tumour Research was one of the last things that she’d have seen, as far as correspondence goes,” Ms Parker, from Norwich, told the PA News agency.

“Someone of that stature, to not (have just) seen my name but seen what I’ve achieved for Brain Tumour Research is just absolutely remarkable.

“It’s such a wonderful tribute and must have been one of her last letters… It’s a little bit of history, something I’ll treasure that broke my heart a little.

Ms Parker was diagnosed with a grade two mixed glioma consisting of oligodendroglioma and astrocytoma in 2012 and was clear for five years having had brain surgery to remove the tumour soon after.

The tumour grew back terminal in 2017 and Ms Parker, who has trained as a Hollywood stunt double and worked as a model, finished nine months of chemotherapy cycles this year.

“I’m stable (now), which is a miracle because my cancer is growing out of control,” she said.

“I shouldn’t be here now – I should have died many, many times.”

Ms Parker raised thousands of pounds for Brain Tumour Research through activities such as the London Marathon and climbing to Mount Everest’s base camp.

She was invited to attend the Jubilee garden party at Buckingham Palace to celebrate her work for charity, as well as the work of two ex-military friends, Damian Todd, a former Royal Marines commando colour sergeant and Toby Priestley, a former RAF sergeant.

“We met the Queen’s Royal Guard, (it was) an experience of a lifetime,” she said of the party.

“So then I wrote to the Queen just to say ‘Look, I’m in a really dark place with my cancer right now, it’s very hopeless.’

“But I said, ‘You have just made my year – what you have just done for me, without even realising, is the most exceptional thing.’

When the Queen died on September 8, Ms Parker thought she had never received it, until a letter with the royal seal arrived the day after the Queen’s death.

“I literally just burst into tears,” she said.

“They’d recognised two of my military friends in it as well, and they could not believe it, they were just so happy.

The letter, dated the 5th of September 2022, was from a royal correspondence officer, Tara Mundy, attached with the Queen’s “grateful thanks” for Ms Parker’s “kind message”.

“I send you my grateful thanks for your kind message on the occasion of the Seventieth Anniversary of my Accession to the Throne,” the Queen wrote.

A letter from Ms Mundy said: “The Queen has asked me to thank you for your letter from which Her Majesty was very sorry to learn that you have cancer.”

“It was kind of you to let the Queen know of your efforts in raising money and awareness for brain tumour research and share a warm tribute to your friends, Mr Toby Priestly, and Mr Damian Todd.

“It was thoughtful of you to write as you did… I am enclosing a special message of thanks from the Queen”.

The card that arrived includes a picture of the Queen, which Ms Parker said she is going to frame.

“I’m going to frame it along with my invitation for the garden party,” she said.

“Just to remember how spectacular her reign is, and just the end of an era.

“I just loved her, (she was) a little sweet, cute little lady… I watched her grow up with Prince Philip, with the black and white pictures of them.

“It gives (me) comfort in a way that she’s back with her true love.”