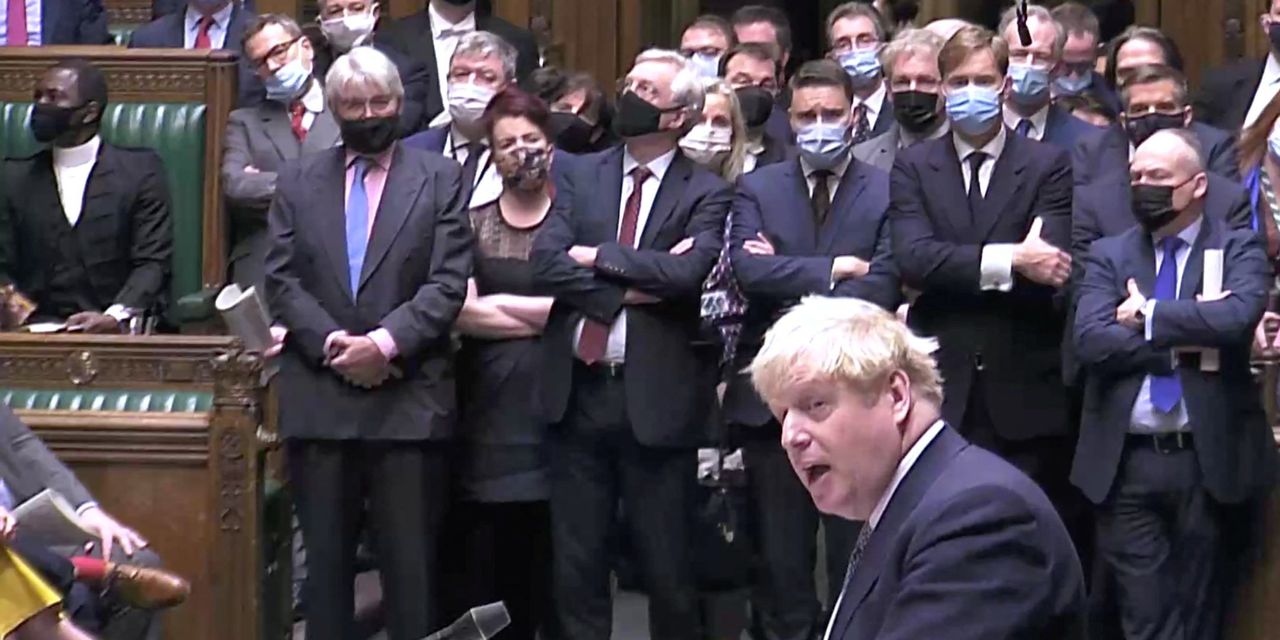 apologized for attending a drinks party held in the Downing Street garden when strict lockdown measures were in place in 2020, seeking to tamp down growing public outcry and respond to pressure from his own lawmakers over the event.

Mr. Johnson addressed in Parliament allegations that numerous parties were held in Downing Street while lockdown restrictions were in place. “I know the rage they feel with me, with the government I lead,” Mr. Johnson said Wednesday.

In May 2020, a senior official in Mr. Johnson’s team emailed staff about meeting for drinks in the garden of Downing Street. Around 100 people were invited when lockdown rules only allowed people to meet one other person outdoors.

Mr. Johnson said that he attended the event for 25 minutes “to thank groups of staff.” He added that he “believed implicitly” that it was a work event. “With hindsight I should have sent everyone back inside,” he said.

An internal probe into the allegations is under way. London’s Metropolitan Police are also considering whether to launch an investigation.

During a tense 40-minute question-and-answer session with lawmakers, Mr. Johnson faced calls from the opposition to resign.

“Is the prime minister so contemptuous of the British public that he thinks he can just ride this out?” asked Keir Starmer, the Labour Party leader. Mr. Johnson urged lawmakers to await the outcome of the internal investigation being led by a senior civil servant before drawing conclusions.

That internal probe is also looking at allegations that several other social events also took place in Downing Street during lockdown.

The popular anger over the allegations has sent the Conservative Party’s ratings in the polls falling. Twenty-three percent of the British public currently approve of the government, according to pollster YouGov. Two-thirds of Britons think that Mr. Johnson should resign over the issue of the drinks party, according to a Savanta ComRes poll published Tuesday.

Mr. Johnson’s fate now largely resides in the hands of the senior civil servant leading the internal investigation and his own lawmakers.

Under Conservative Party rules, 54 lawmakers must send letters of no confidence to a special parliamentary committee to trigger a confidence vote in their leader. At least half of the party’s lawmakers must then vote to oust him.

Much of Mr. Johnson’s appeal to his lawmakers lies in his formidable electoral record. In December 2019, he led a decisive victory in a national election, securing the largest majority for the Conservative Party in the House of Commons since 1987. The Tories now control 361 of the house’s 650 seats.

If Mr. Johnson’s popularity appears to fade, lawmakers may turn against him, officials say.

Mr. Johnson has spent the past week stonewalling questions about a scandal the British press has dubbed “Partygate,” saying he didn’t want to pre-empt the investigation.

The change in tack came when he wanted to “acknowledge the strength of feeling” over the issue, a spokesman said. His spokeswoman said the prime minister didn’t see the email inviting staff to a “bring-your-own-booze” party in Downing Street. She declined to comment on whether he brought a bottle with him to the party.

Senior lawmakers from the Liberal Democrats, Scottish National Party and Labour all called for Mr. Johnson to quit.

“So the prime minister didn’t spot that he was at a social event,” said Labour lawmaker

“How stupid does the prime minister think the British public are?”

The apology is the latest twist in a scandal that has been bubbling since the fall. In December, a video was leaked showing government advisers joking during a mock press conference over how to explain a party in Downing Street during lockdown. Another leaked photo showed Mr. Johnson flanked by an aide wearing tinsel reading questions for a Christmas office quiz.

Mr. Johnson previously told Parliament that he always followed the rules. The prime minister said he would make a statement to the House of Commons once the internal probe is complete.

Write to Max Colchester at max.colchester@wsj.com