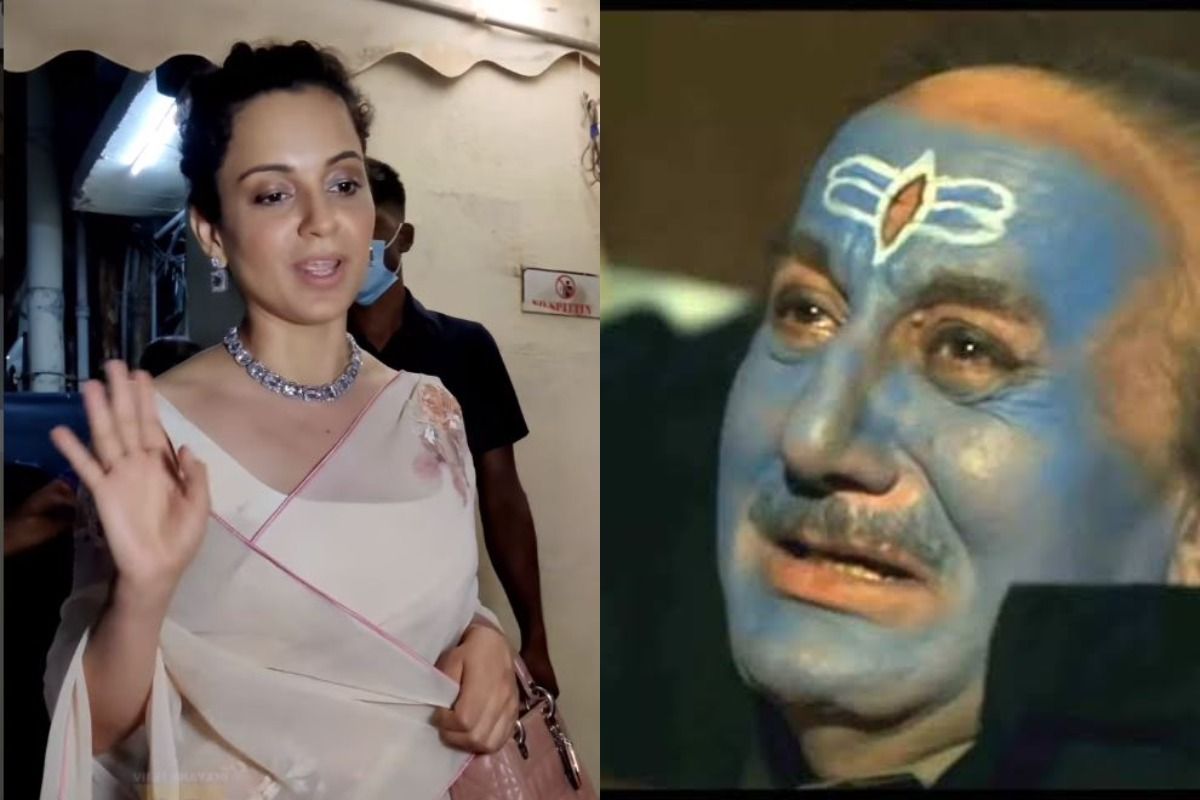 Kangana Ranaut Praises The Kashmir Files: Bollywood actor Kangana Ranaut, who never shies away from speaking her mind, recently praised The Kashmir Files after watching the film, saying that it has purged Bollywood of its sins. The Panga actor watched Vivek Agnihotri’s directorial on Monday and shared her reaction with the paparazzi after stepping out of a theatre. Lauding the film and its makers, Kangana said, “Itni achi film banayi hai inhone ki Bollywood ke paap dho diye (They have made such a great movie that Bollywood’s all sins have been washed away).”Kangana further said that everyone from the industry should promote the movie. “Bollywood people make such nonsense movies and promote them like anything. They should promote this movie,” Kangana added. She also urged everyone to watch and support the movie, while adding that it should be declared tax-free in all the states.Also Read – The Kashmir Files’ IMDb Rating Changes From 9.9 to 8.3, Vivek Agnihotri Reacts to After ‘Unusual Activity’

This is not the first time that Kangana has praised the film and slammed the Bollywood industry. Last week, Kangana had shared a note on her Instagram Stories about The Kashmir Files. “Please notice the pin-drop silence in the film industry about #thekashmirfiles not just content even its business is exemplary… investment and profit proportion might be such a case study that it will be the most successful and profitable film of the year,” she said. Also Read – Anupam Kher Breaks Silence on Vivek Agnihotri Claiming Kapil Sharma Didn’t Invite Them to Promote The Kashmir Files: ‘To be Very Honest…’

The actor added, “It also broke many myths about theatres being exclusive for big budgets event films or visual/VFX spectacles post-pandemic, it is breaking every myth and preconceived notion that was there and bringing back the audiences to the theatres, 6 am shows in multiplexes are full it’s unbelievable!!!” Also Read – The Kashmir Files: From ‘The Kapil Sharma Show’ To People Being Thrashed In Cinema Halls, Know Major Controversies Of The Film

The Kashmir Files, which revolves around the genocide of Kashmiri Pandits in 1990, had released in theatres on March 11. It stars Anupam Kher, Mithun Chakraborty, Pallavi Joshi, Darshan Kumaar, and others. The film has been declared tax-free in several states including Uttar Pradesh, Tripura, Goa, Haryana and Uttarakhand.

Coming back to Kangana, she will soon be seen in movies including Tejas, Dhaakad, Manikarnika Returns: The Legend Of Didda, Emergency, and The Incarnation: Sita. She is also producing the upcoming film Tiku Weds Sheru under her production house, Manikarnika Films. Currently, she is hosting the OTT reality show Lock Upp.