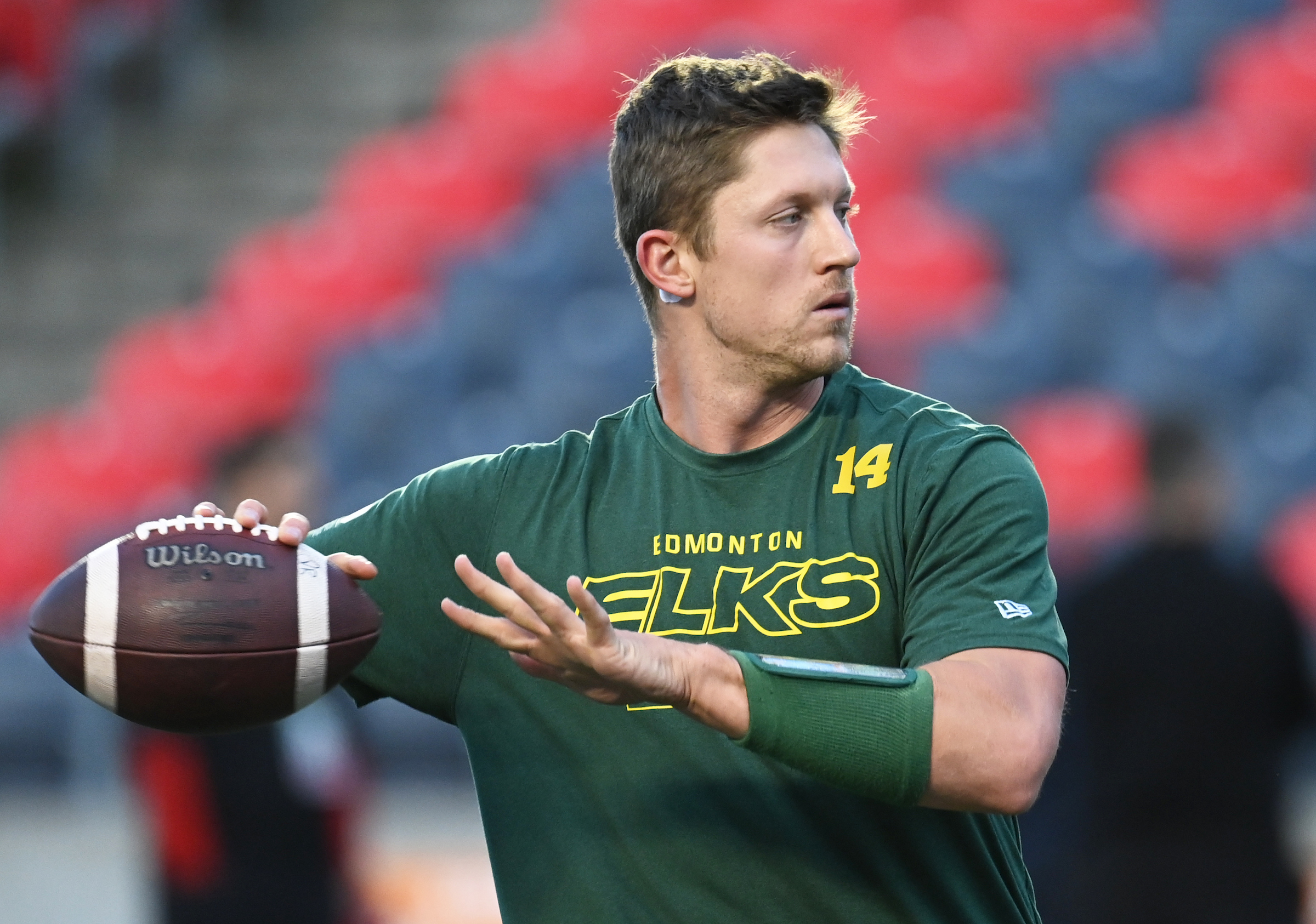 Prukop (6-1, 208, University of Oregon; born: October 17, 1993 in Austin, TX) joins the Blue Bombers in 2022 for what will be his fifth season in the Canadian Football League after spending time with the Toronto Argonauts (2017-19) and the Calgary Stampeders (2020-21) before joining the Edmonton Elks last year.

He has dressed for 49 career regular season games, completing 36 of 56 passes for 467 yards with four touchdowns and four interceptions while rushing 38 times for 173 yards and two touchdowns.

In eight games last season with the Elks, Prukop completed 18 of 26 passes for 183 yards with one TD and two interceptions while rushing 27 times for 134 yards and two scores.

Prukop began his collegiate career at Montana State, transferring to Oregon after graduating in 2016 to pursue his Masters in non-profit management.

He was signed by the Argos in 2017, spending three years in Toronto before signing with Calgary in 2020 before the cancellation of the 2020 season. Prukop was released by the Stampeders at the conclusion of training camp last year before joining the Elks.