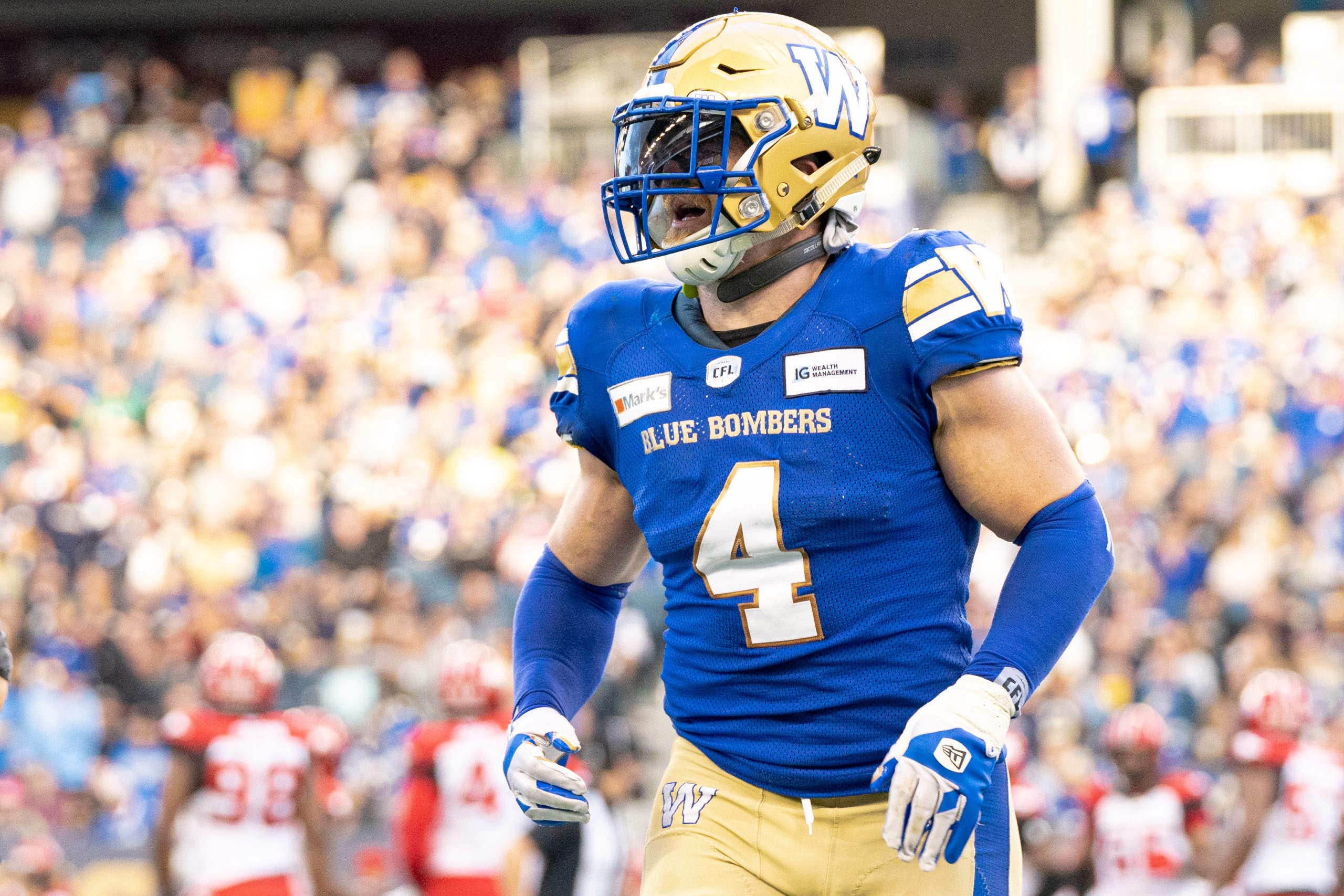 Thousands of Winnipeg Blue Bombers fans know Adam Bighill for his all-star work on the field and his role as the backbone of a team that has captured back-to-back Grey Cup championships.

What shouldn’t be overlooked is Bighill’s all-star work off the field in the community with a variety of charitable organizations.

Bighill has now been recognized for that, as the 2021 recipient of the Ed Kotowich ‘Good Guy Award’ which acknowledges the player who has ‘excellent football ability, is a leader in the locker room and shows outstanding effort in the community.’

“It’s extremely important to give back. Any city I’ve been in I’ve tried to volunteer as much time as I can to help others,” said the veteran middle linebacker. “Since being in Winnipeg we’ve been able to find some excellent causes and this is just a way for me to give back. I really do enjoy it.

“As athletes we’ve got a little bit bigger platform and people do take notice. It helps bring awareness and try to make impactful changes.”

Bighill is involved in several local and national charities, including The Children’s Hospital Foundation of Manitoba, Operation Smile Canada, Special Olympics Manitoba and the Manitoba Ride For Dad. In addition, Bighill volunteers to coach youth football with the Recruit Ready program and has represented the Blue Bombers in community initiatives including ‘I love to read.’

“I’ve never done any of this for any personal recognition,” said Bighill. “I didn’t really know much about this award before. So, it’s really nice to be recognized, but it’s never the goal. Hopefully something like this can inspire others to be impactful in their communities and understand that people do take notice.”

A year-round Winnipeg resident, Bighill and his wife Kristina are the parents of three children – Leah, A.J. and Beau – and he still finds time to volunteer while also training and working as an investment advisor at Wellington-Altus.

“The why is because it’s important and I have a platform where I can help affect change and help others,” said Bighill. “And time-wise, it’s not always easy but I can always find ways through social media, for example, to help many charities. But where there’s a will, there’s a way and it’s so important.”

The award, first presented in 1987, is named after Ed Kotowich who played for the Blue Bombers from 1955-61, winning three Grey Cups. A division all-star and the Blue Bombers Most Valuable Canadian Player in 1959, Kotowich served as an alderman for the City of St. Boniface from 1968-77, helped coached the Winnipeg Rods, worked with minor football programs at Winakwa and Windsor Park as also served on countless number of community boards before his sudden passing at the age of 52 in 1986. Kotowich was also a sports broadcaster with CBC-TV, CKY Radio, and CFRW Radio and was inducted into the Winnipeg Football Club Hall of Fame in 1986.